If you take the covid vax, you can NEVER achieve full immunity again – UK Govt stats unveil the horrifying truth 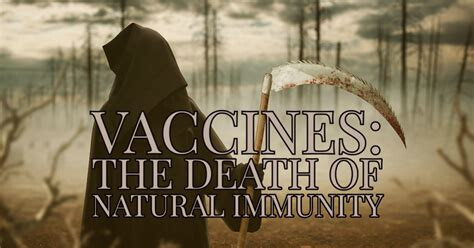 If you take the covid vax, you can NEVER achieve full immunity again –...

The British government has spilled the beans about that fact that once you get “vaccinated” for the Wuhan coronavirus (Covid-19), you will never again be able to acquire full natural immunity. In its Week 42 “COVID-19 vaccine surveillance report,”...

The British government has spilled the beans about that fact that once you get “vaccinated” for the Wuhan coronavirus (Covid-19), you will never again be able to acquire full natural immunity.

In its Week 42 “COVID-19 vaccine surveillance report,” the U.K. Health Security Agency admitted on page 23 that “N antibody levels appear to be lower in people who acquire infection following two doses of vaccination.” It goes on to explain that this antibody drop is basically permanent.

“What’s this mean? Several things, all bad,” writes Alex Berenson. “We know the vaccines do not stop infection or transmission of the virus (in fact, the report shows elsewhere that vaccinated adults are now being infected at much HIGHER rates than the unvaccinated).”

“What the British are saying is they are now finding the vaccine interferes with your body’s innate ability after infection to produce antibodies against not just the spike protein but other pieces of the virus. Specifically, vaccinated people don’t seem to be producing antibodies to the nucleocapsid protein, the shell of the virus, which are a crucial part of the response in unvaccinated people.”

In the long term, people who take an “Operation Warp Speed” jab will be far more vulnerable to any mutations in the spike protein that might come along, even if they have already been infected and recovered once, or more than once.

The unvaccinated, meanwhile, will procure lasting, if not permanent, immunity to all strains of the alleged virus after being infected with it naturally even just once.

“It also means the virus is likely to select for mutations that go in exactly that direction, because those will essentially give it an enormous vulnerable population to infect,” Berenson further warns. “And it probably is still more evidence the vaccines may interfere with the development of robust long-term immunity post-infection.”

Trust in God, not Big Pharma

This is the same thing we have been warning about, only to face ridicule from the mainstream media and government sources that now claim natural immunity does not even exist.

There are two realities taking place simultaneously, in other words: one in which unvaccinated people are trusting God with the immunity, and the other where the “fully vaccinated” are trusting “science,” the government, and the media to give it to them through a needle.

Only one side is correct, and consequently, it is not the one taking the broad road into permanent immune damage through vaccination. The only people left in this world who will have a functioning immune system when all is said and done with this are those who made the decision to leave their bodies alone.

There is simply no need to take an injection for a virus that for most people shows no symptoms at all, let alone for a virus that has never even been isolated and proven to exist in the first place.

“This is the biggest scam in the history of mankind,” wrote one commenter at Berenson’s blog about this covid injection nightmare.

“We’ve gone from a society trying to help pass along peace and prosperity, to letting scumbags infect us with bioweapons to wipe out everyone who is deemed inconsequential, irrelevant and disposable,” wrote another.

HEALING IN HIS WINGS: The Way to Good Health