I’ve lost all trust in medical research – the financial muscle of Big Pharma...

Evidence that a cheap, over-the-counter anti-malarial drug costing £7 combats Covid-19 gets trashed. Why? Because the pharmaceutical giants want to sell you a treatment costing nearly £2,000. It’s criminal.

By Malcolm Kendrick , doctor and author who works as a GP in the National Health Service in England. His blog can be read here and his book, 'Doctoring Data – How to Sort Out Medical Advice from Medical Nonsense,' is available here.

Evidence that a cheap, over-the-counter anti-malarial drug* costing £7 combats Covid-19 gets trashed. Why? Because the pharmaceutical giants want to sell you a treatment costing nearly £2,000. It’s criminal.

I also pointed out some of the tricks, games and manipulations that are used to make medications seem far more effective than they truly are, or vice versa. This, I have to say, can be a very dispiriting world to enter. When I give talks on this subject, I often start with a few quotes.

For example, here is Dr Marcia Angell, who edited the New England Journal of Medicine for over 20 years, writing in 2009:

“It is simply no longer possible to believe much of the clinical research that is published, or to rely on the judgement of trusted physicians or authoritative medical guidelines. I take no pleasure in this conclusion, which I reached slowly and reluctantly over my two decades as editor.”

Have things got better? No, I believe they’ve got worse – if that were, indeed, possible. I was recently sent the following email about a closed-door, no-recording-allowed discussion, held in May of this year under no-disclosure Chatham House rules: 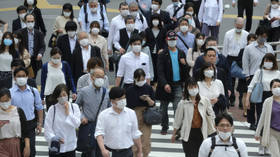 Coronavirus 2.0 may be up to NINE TIMES more contagious … but that may be cause for celebration

“A secretly recorded meeting between the editors-in-chief of The Lancet and the New England Journal of Medicine reveal both men bemoaning the ‘criminal’ influence big pharma has on scientific research. According to Philippe Douste-Blazy, France’s former health minister and 2017 candidate for WHO director, the leaked 2020 Chatham House closed-door discussion was between the [editor-in-chiefs], whose publications both retracted papers favorable to big pharma over fraudulent data.

The email continued with a quote from that recording: ‘Now we are not going to be able to … publish any more clinical research data because the pharmaceutical companies are so financially powerful today, and are able to use such methodologies, as to have us accept papers which are apparently methodologically perfect, but which, in reality, manage to conclude what they want them to conclude,’ said The Lancet’s editor-in-chief, Richard Horton.

*Still a poison, but very telling about who is really in charge of satanic big pharma and their witchcraft/potion-making factories.

Matthew 6:24 No man can serve two masters: for either he will hate the one, and love the other; or else he will hold to the one, and despise the other. Ye cannot serve God and materialism.

Thank-you. I was present at an expensive big pharma “sales promotional” dinner for prospective doctors who showed interest in the drug that the company was pushing.

The drug that was being pushed had a 30% mortality rate of those who were tested / used it (1 in 3 people). They didn’t tell how many patients died.

The drug company sales man (professional presenter hired by the pharma company - not a company employee) was trying to offset the alarmingly high mortality rate by blaming the poor health condition of the people who used the drug.

If people foolishly trust man instead of God for their health, they deserve what they receive.

Exodus 23:24 Thou shalt not bow down to their gods, nor serve them, nor do after their works: but thou shalt utterly overthrow them, and totally break down their images.
23:25 And ye shall serve the “I AM” your God, and He shall bless thy bread, and thy water; and I will take sickness away from the midst of thee.

There is a global pandemic of lying / lies going on.

There is a global pandemic of lying / lies going on.