What Does the Bible Say about Hypocrisy, and Are Christians Hypocrites?

You’ve heard it before. “Christians are a bunch of judgmental hypocrites.” I used to respond to this by saying, “we’ve always got room for one more.” But I don’t think my snarky response really gets to the heart of the accusation. I answer it a bit differently now. On our church website and in the literature we give to our guests, I ask that question: “Are you judgmental hypocrites?” Now I just answer the question honestly:

The truth is, it’s a good thing when someone is appalled by hypocrisy. Because Jesus is also appalled by that. Rather than defending ourselves, it’s a better idea to use it as an opportunity to point to Jesus. What exactly does the Bible say about hypocrisy? And how can we avoid it?

What Does the Bible Say about Hypocrites?

Hypocrisy is not a common word in the Old Testament, but the New Testament is rife with examples. This isn’t surprising since the word itself comes from the Greek stage acting. It came to mean “acting a part.” Advertising something on the outside that is not consistent with the character on the inside is the picture of hypocrisy. When an actor puts on a mask and pretends to be someone he is not, his appearance is different than who he is behind the mask. When this happens morally, it is called hypocrisy.

The opposite of a hypocrite is to be sincere. It is to be authentic—to be pure and unpolluted. It is to be the same on the inside as you are projecting on the outside. Philippians 1:10 gives us an example of this word. This can be illustrated by the ancient world of pottery. Dishonest pottery salesmen would fill in cracks with hard pearly wax—these cracks couldn’t be detected unless you put them up to the sun. But once held up to the sun, the crack would become evident. So a vase would be “sun-judged” if it passed the test, then it would be considered “without wax” or sine-cera. This is where our word sincere comes from. It means to be pure—with integrity and not having hidden cracks. You are on the inside what you advertise on the outside.

Is Hypocrisy a Sin?

Ask Ananias and Sapphira if God classifies hypocrisy as a sin. In Acts 4 we see that these religious leaders lied about what they had given, and they were struck dead. It’s a shocking story in the New Testament, but it’s an indicator of how serious God takes hypocrisy. This and Jesus’ narrative of cursing the fig tree shows how God views this particular sin.

Why is hypocrisy such a big deal? Hypocrisy is a big deal because we are image-bearers. Each human is supposed to be a representative of who God is. It has been said that “our lives either tell the truth about God or they tell a lie.” The story of the Bible is that we are image-bearers, but that image has been shattered through our sin. This means that we all tell some lies about God’s character. But there is a special type of hypocrisy for those who promote and present themselves as representatives of God (is this not what it means to be a Christian? A “little Christ”?) This is why it is so odious. When we say one thing with our lips but do another with our lifestyle, we are misrepresenting God.

Matthew 7:1-5 is an important passage in regards to hypocrisy. Here Jesus tells those who would look for a speck in their brother’s eye to consider the plank in their own. Judgmentalism typically accompanies hypocrisy. Often the sins we are most vocal about speaking against are the ones running wild within.

Matthew 23:27-28 is part of Jesus’ woes against the Pharisees. This entire section is a good place to look for visual pictures of hypocrisy as well as to consider how Jesus thinks about hypocrisy.

Galatians 2:11-13 shows that even great Christian leaders like the apostle Peter can be given over to hypocrisy. Here he is rebuked by Paul for being a hypocrite. Peter believes the gospel, but his lifestyle doesn’t match up to the implications of the gospel, and it is causing harm to others.

1 Peter 2:1-3 tells us that hypocrisy is part the old man that needs to be cast aside. By craving the spiritual milk of the word, we will grow up into salvation and thereby be more consistent in our lifestyle.

Yes. But we shouldn’t be. The only One who was never hypocritical is the Lord Jesus. He was always consistent inside and outside. We should be people of sincerity. The truth, though, is that believers are being changed into the image of Christ. Though many have given Christianity a bad name, there are many sincere and authentic believers in Jesus. One of these dear saints was John Newton. Newton spoke well of sincerity and simplicity. He notes that this grace can only come through the gospel. We are by nature hypocrites, only through growth in the gospel will we see hypocrisy rooted out. Here is Newton in his own words:

“The true simplicity, which is the honor and strength of a believer, is the effect of a spiritual perception of the truths of the Gospel. It arises from, and bears a proportion to, the sense we have of our own unworthiness, the power and grace of Christ, and the greatness of our obligations to him. So far as our knowledge of these things is vital and experimental, it will make us simple-hearted. This simplicity may be considered in two respects, — a simplicity of intention, and a simplicity of dependence. The former stands in opposition to the corrupt workings of self, the latter to the false reasoning of unbelief.”

A Prayer to Be More Truthful and Trustworthy

Help us to be consistent. Help us to be bold enough in the gospel that we can be honest with our sin. But help us to also believe the redemption that you bring about in our lives. Help us to walk in the holiness that you’ve purchased for us. We know, Lord, that through the work of Jesus we have a wholeness and integrity which we did not have before. Forgive us for those times in which we have been inconsistent. Forgive us for the lies that our lips and our lives have spoken about you. Heal those we have wounded by our hypocrisy. Cleanse us in Jesus and give us lives of integrity.

Christians can still be hypocrites. But by the grace of God as we walk in step with the Spirit, we are not nearly as hypocritical as we once were. Hypocrisy is not reserved for the religious. There are many types of hypocrisy. There is only one who was never a hypocrite—and through union with Him we have an unblemished record. We are called to live out of this perfect record and to be in practice who we actually are in position. We are spotless in Christ. May we be consistent people, honest about our continuing corruption but also honestly living in the work of Christ. 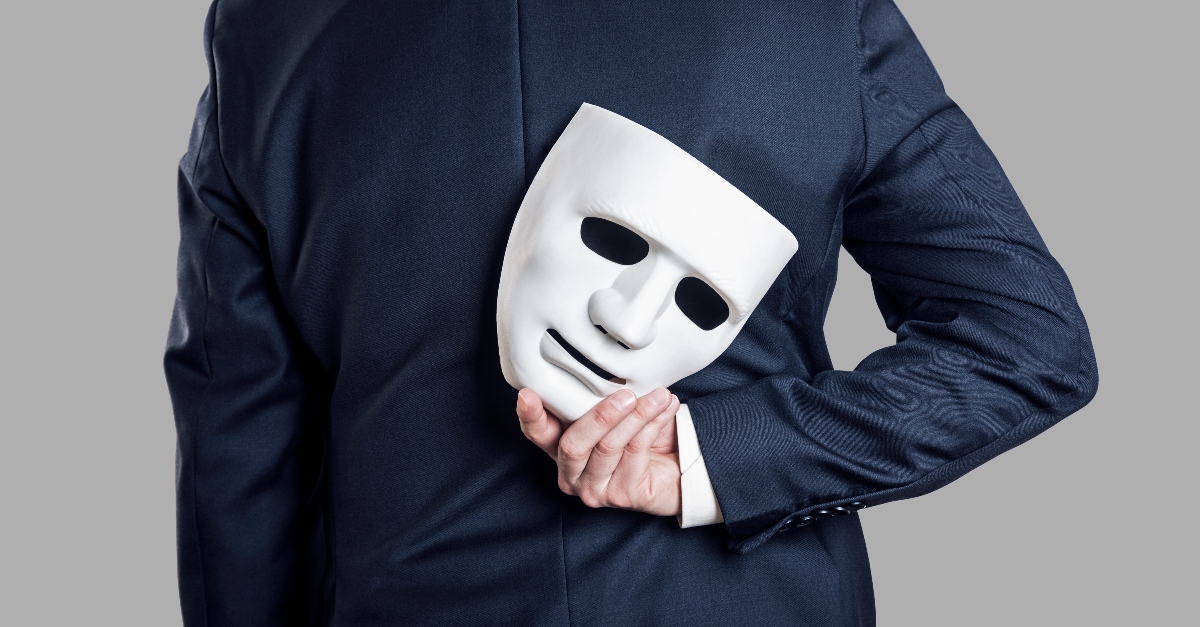 What Does the Bible Say about Hypocrisy, and Are Christians Hypocrites?

The truth is, it’s a good thing when someone is appalled by hypocrisy. Because Jesus is also appalled by that. Rather than defending ourselves, it’s a better idea to use it as an opportunity to point to Jesus.