How the Xmas Lockdown will affect YOUR Future 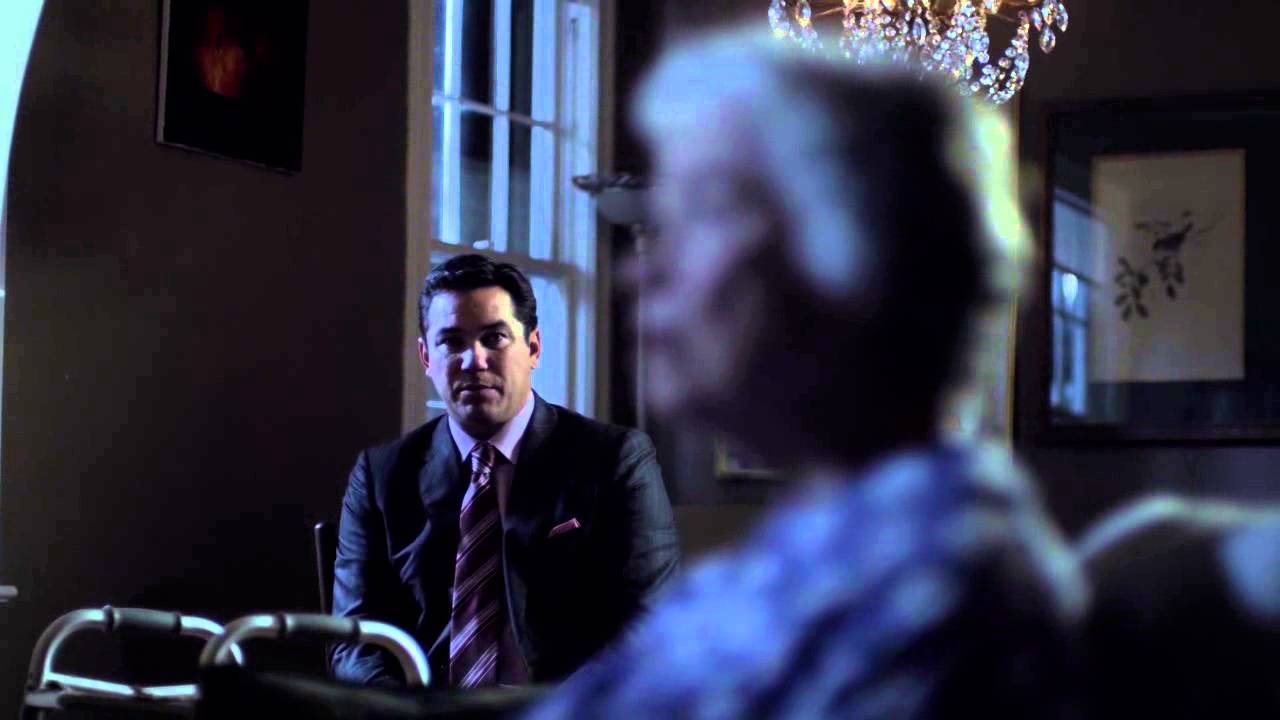 The Scriptures tell us that during the end-times, the Israelite nations of the world, i.e. the British people, who have grown into a "multitude in the midst of the earth" AND become “a multitude (Commonwealth) of nations”, will be separated out from the rest of the world, which will then war against the Israelite nations, and defeat them in WW3, as punishment for our continued refusal to honour our Covenants with God to keep His Law.

In 2016, the people of the United Kingdom voted to leave the EU, in what is commonly referred to as “Brexit”. That same year, Donald J. Trump was elected as the 45th president of the United States, after campaigning to “Make America Great Again” by separating them from the crippling economic arrangements the US had previously made with the rest of the world.

As we approach the end of calendar year 2020, London and the southeast and east of England are in what the UK government calls “tier 4” lockdown restrictions, allegedly because “a mutation of the coronavirus was discovered spreading rapidly through the population” of those areas. This will reportedly last at least until March because the duration of these supposedly unpredictable “viral” mutations are apparently very predictable.

What is perhaps being overlooked is that all of this is happening as the new CV-1984 vaccine is being rolled out AND the “hard” Brexit date of 31 December 2020 is fast approaching. It also corresponds to the 70th anniversary of the taking of the Stone of Destiny (Jacob’s Pillar Stone) from Westminster Abbey on 25 December 1950, by 4 Scottish nationalists, which began the 4th and final overturn of the Stone/British Throne to Christ.

Brexit is usually thought of and discussed in terms of its economic ramifications, without regard for its military implications, even though wars are almost invariably fought for control of economic resources, including the labour to exploit them.

It is NOT a coincidence that this newest phase of the CV-1984 scam has resulted in cutting off supplies coming to and exports leaving from the UK, to further isolate the UK from the rest of Europe, and to provide a convenient scapegoat for the planned economic fallout that Europe and its new allies intend to inflict upon the UK as punishment for Brexit. How could this possibly not further weaken the UK? How could this not potentially starve out millions in the UK if the food stocks and supplies they depend on from Europe are no longer delivered?

It is likewise NOT a coincidence that the US is in the midst of its own upheaval, in the wake of the most obvious case of electoral fraud in history, while at the same time rolling out their own “Operation Warp Speed” vaccination program and openly talking about the very real possibility of civil war. After a 4 year coup attempt against Trump, who has been demonized in the European press throughout his administration, how would Europe react should the fraudulent election results be reversed or the insurrection act be invoked before the 20 January 2021 inauguration? Would Europe not violently oppose such developments?

Would a Biden administration not immediately be expected to make the vaccination program mandatory, and pander to China, who has openly vowed to destroy the US and UK? And didn’t the last democrat administration, under Barack Obama and Hillary Clinton, treasonously rubber-stamp the Uranium One deal with the Russians, and then try to divert attention away from their crimes with the “Russian collusion” hoax?

How could any of this not further weaken the US and UK (Dan 12:7) and the rest of the Commonwealth until they are eventually overcome (Rev. 11:7), exactly as prophesied? Are both countries not intentionally being undermined and subverted by spiritually wicked foreign operatives working in high places within the so-called intelligence apparatus, and in other key government positions, who commonly are collectively referred to as “the deep state”?

“A nation can survive its fools, and even the ambitious. But it cannot survive treason from within. An enemy at the gates is less formidable, for he is known and carries his banner openly”.
– Marcus Tullius Cicero

If you’re wondering why these things are happening, and are looking for answers from a bunch of lying politicians, their mainstream media government propaganda machine, their witch-doctors or the rest of their paid thugs, you are looking in the WRONG place.

The ONLY Solution to put a permanent end to this war OF terror is to remember our Creator and return to His Perfect Law of Liberty, found in the first five books of the Bible, the original of which is inside of the Ark of The Covenant, that is buried underneath the Mound of the Hostages, at the Hill of TARA (Torah), in Royal Co. Meath, IRELAND.

Stop being terrified; learn to become TARA -fied instead (Matt. 10:28).

Stop being terrified; learn to become TARA -fied instead.

Thank-you for this informative article. No coincidences in God’s world. 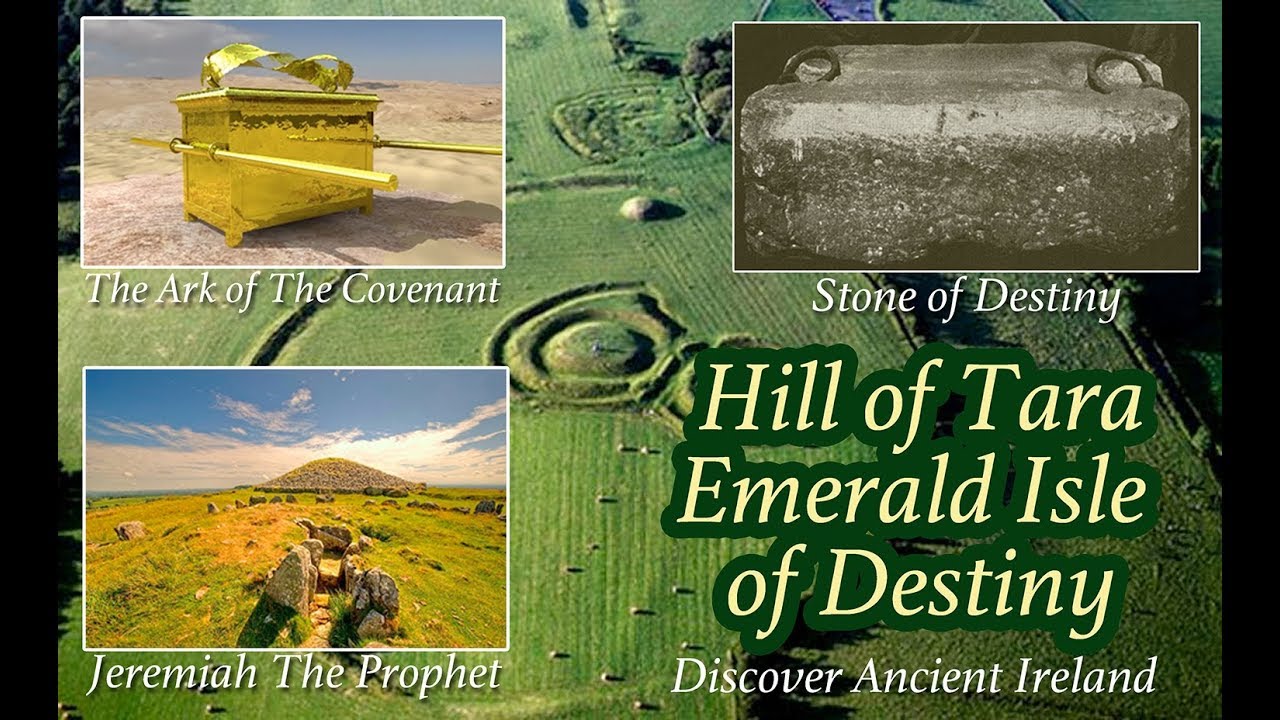 It’s happening, we can see it because JAH has opened our eyes to forsee this, sleepers must awaken…
LLTK, LLTF’S

the 4th and final overturn of the Stone/British Throne to Christ.

Thanks @A_Freeman for including a link to the current Time To Think article.

If we’d only want to keep The Law, then we could recover The Ark of The Covenant. I’d love to be Tara-fied

Remember Isaac means laughter, because Sarah laughed when she found out she was going to have a child – this spirit of love and laughter has transcended in time – and still today many Saxons intuitively know God will win and save His people (the remnant that will repent).

Isaac’s sons (Saxons) find it difficult to believe that their own governments have been infiltrated by the Synagogue of Satan; or that their leaders have been seduced by his devils – even though The Bible has told us they would (The Book of Revelation).

They find it difficult to believe their governments, government officials, corporate officials (their kings/leaders) would do anything to knowingly harm them. Yet, time and time again politicians, corporations, executives have been caught taking bribes, poisoning the environment, and selling out their own for a life of luxury and worldly goods. They cannot serve two masters; and they chose mammonism, not God.

And Dean Cain’s speech in the above video from “God’s Not Dead” is an example of how they see themselves.

Between the Synagogue of Satan and The Whore of Babylon (Hidden Hand, Illuminati, Secret Societies, Transnational Organizations, Deep State, Globalists – take your pick of names – the People of The Covenant were seduced away from God’s Perfect Royal Laws of Liberty into OBEYING thousands of pieces of legislation that have grown more oppressive and more oppressive by the decade – and Elizabeth 2, who might as well be the reincarnation of Jezebel, signed off on all of them despite her oath.

She and her inner-circle have been part of the NWO plan most of modern history. If they weren’t allowed to have become filthy rich (because a true Jubliee hasn’t been declared in a long time, nor 7-year debt release), they wouldn’t have the financial means to buy off anyone they want or control NGOs through funding. And when money no longer really means anything, they get their thrills from dictating and controlling others, and perversion. It’s sick, but these psychopaths are indoctrinated into Satanic ideology – and to Hell with everyone else.

We are at war.

It’s psychological warfare – deprivation of rights, liberties, oxygen; off and on again lockdowns; Hegelian dialectics, muzzle-symbolism, fear, more fear, incoming fear. You’ll have a Christmas break from the torture – no you won’t – pysch!. Despair, helplessness etc. Everyone is being broken down to concede.

It’s siege warfare – the devils are encircling the castle grounds (country borders). Siege warfare deprives those surrounded of food (food-shortage incoming as they make maneuvers to this end). Siege warfare runs in tandem with psychological warfare, really. Every country is under siege from the Satanic Globalist agenda to capture, kill and enslave what once were God-fearing nations. And while they began their COVert-ID in 2019; they’ve planned a Dark Winter for 2020.

The invisible enemy surrounding countries isn’t so invisible, because 2020 has given us perfect vision of whom they are and what is happening.

Rev. 13:17 And that no man might buy or sell, save he that had the mark, or the name of the beast, or the number of its name.

How else would the Synagogue of Satan and its evil congregations around the world get “everyone” to accept digital identities? Well, they call this evil good; they say it’s for our own good; and they create a casedemic to usher in these Satanic measures.

It is unfortunate that our stubborn refusal to keep The Law has brought about all of this evil, but the world must continue to darken (Matt. 24:29) to prove to everyone we don’t know what we’re doing, are headed in the wrong direction, and are not a law unto ourselves (Deut. 12:8).

2 Esdras 5:9-10
5:9 And salt waters shall be found in the sweet, and all friends shall destroy one another; then shall common-sense hide itself, and understanding withdraw itself into his secret chamber,
5:10 And shall be sought of many, and yet not be found: then shall unrighteousness and incontinency be multiplied upon Earth.

The silver-lining in this war is that the parasitic criminal class (i.e. the scum that always rises to the top) invariably overplay their hand, as is becoming more obvious each passing day. The more transparent their evil schemes become, the more will awaken (Dan. 12:2, Eph. 5:14) and seek the Truth (Matt. 7:7-8, John 14:6) and Light of this world (Mal. 4:2, John 8:3).

Or find themselves starving for spiritual food (John 6:32-35), as well as for physical food.

2 Esdras 6:17-28
6:17 And it happened, that when I had heard it I stood up upon my feet, and hearkened, and, behold, there was a voice that spoke, and the sound of it was like the sound of many “waters”. (Rev. 14:2)
6:18 And it said, Behold, the days come, that I will begin to draw nigh, and to visit them that dwell upon the Earth,
6:19 And will begin to make inquisition of them, what they be [who they think they are] that [they] have hurt [others] unjustly with their unrighteousness (Isaiah 3:15), and when the affliction of Sion (Jerusalem) shall be fulfilled;
6:20 And when the Seal to be set upon the world, that is to vanish away, shall be finished, then will I show these tokens: the Books shall be opened before the firmament (Rev. 5), and they shall see altogether (Internet and/or TV?) :
6:21 (i) And the children of a year old shall speak with their voices, the women with child (pregnant) shall bring forth untimely (premature) children of three or four months old, and they shall live, and be raised up.
6:22 (ii) And suddenly shall the sown places appear unsown, the full storehouses shall suddenly be found EMPTY:
6:23 (iii) And the trumpet (6th or 7th - Rev. 9-10) shall give a sound, which when every man heareth, they shall be suddenly afraid.
6:24 (iv) At that time shall friends fight one against another like enemies, and the Earth shall stand in fear with those that dwell therein, the springs of the fountains shall stand still, and in three “hours” they shall not run.
6:25 Whosoever remaineth from all these that I have told thee shall escape, and see My Salvation, and the End of your World.
6:26. And the men that are received shall see it (Rev. 7:4-9, Rev. 14:1-4), who have not tasted death from their birth: and the heart of the inhabitants shall be changed (Ezek. 36:26), and turned to a different understanding (Heb. 10:16-17).
6:27. For evil shall be put out (1 John 3:8), and deceit shall be quenched.
6:28. As for faith, it shall flourish, corruption shall be overcome, and the truth, which hath been so long without fruit, shall be declared (2 Thess. 2:8, Rev. 1:16).