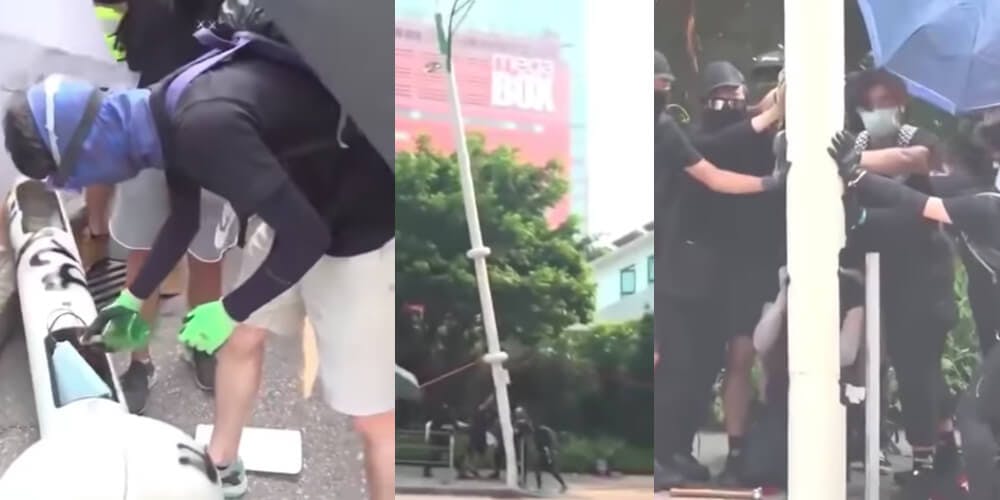 'This isn’t a street light. This is a 'smart' lamppost equipped with cameras and facial recognition technology.'

Protesters in Hong Kong destroyed a “smart” lamppost on Saturday over fears that the device is equipped with facial recognition software and was being used for surveillance.

Video of the incident shows the base of the lamppost being cut with an electric saw before protesters use ropes to topple the device. Once the lamppost is on the ground, one protester proceeds to pour liquid into the device, presumably to ensure it no longer works.

Local authorities have claimed that the lampposts, which are outfitted with cameras and sensors, are only collecting data on air quality, weather, and traffic. Yet, protesters at the scene, who carried umbrellas in order to hide their faces, have raised concerns that the new lampposts were really intended to monitor the public.

“This isn’t a street light. This is a ‘smart’ lamppost equipped with cameras and facial recognition technology,” one Twitter user alleges. “They enable monitoring of Hong Kong, and therefore monitoring of protests. So the protesters are bringing them down.”

Video at the link.

@Cloudcity
Thank-you for reposting. I posted the same incident, but it is on Twitter posted on May 4. It is followed by some feedback; one of which is that it was thought it might be deleted. It still remains on Twitter. It includes my concerns about the aftermath. I consider those sorts of things.

The Twitter clip only shows the protestors taking down the tower, but not the aftermath / the repercussions they may have suffered.

Here is the link to the thread referred to: 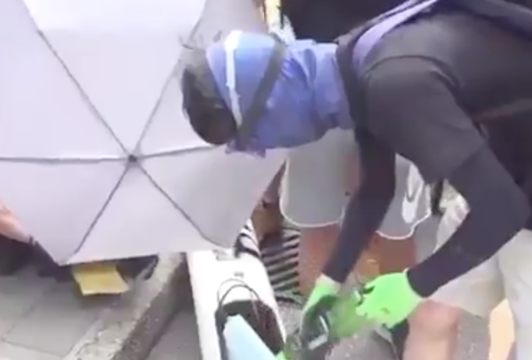 Not Having It: Hong Kong Protestors Take Down & Destroy Facial...