Ukraine and its Western friends need to get serious about Russian war reparations. In the short term, only one evident source of reparations exists: the frozen Russian Central Bank reserves in the West. The countries that hold these reserves should first of all announce how much they hold and secondly legislate to confiscate these funds and ringfence them for Ukraine’s reconstruction. And the Ukrainian government should make this their top demand.

Russia’s war of aggression has caused Ukraine great costs for no permissible reason.

In August, the World Bank assessed that “disruptions to economic flows and production, as well as additional expenses associated with the war, are collectively measured in losses amounting to some $252 billion.”

Russian President Vladimir Putin’s regime will not, of course, agree to pay any reparations, but it does not have to. Immediately after Russia invaded Ukraine, the G7 group of richest nations decided to freeze the international currency reserves of the Central Bank of Russia held in Western countries. And these funds are substantial.

Based on public statistics from the Central Bank of Russia as at Jan. 1, they amount to $316 billion. The reserves are being held at the central bank of each respective country, of which Germany holds $96 billion, France $61 billion, Japan $57 billion, the U.S. $39 billion, the U.K. $31 billion, Canada $17 billion and Austria $15 billion.

These funds are the indisputable state property of the Russian Federation, which is directly responsible for war crimes in Ukraine. They are perfectly liquid, and the holding countries should confiscate them through national legislation on the basis of Putin’s unprovoked war of aggression against Ukraine and his gross violations of international law.

The legal case for confiscation is strong and enacting it would require a minimum amount of administrative and legal work. There are no private property rights involved, nor is there any doubt about ownership.

Furthermore, on Nov. 14, the United Nations General Assembly (UNGA) adopted a resolution with 94 votes against 14, with 73 abstentions, to hold Russia accountable for its actions and to compel it to pay war reparations to Ukraine.

The resolution can therefore serve as the basis for an international tribunal against Russia and to help Ukraine to extract war reparations from Russia.

Historically, war reparations have been standard. Iraq’s unprovoked invasion and attempted annexation of Kuwait in 1990 was reminiscent of Russia’s invasion of Ukraine. Afterwards, Iraq was forced to pay substantial reparations to Kuwait, amounting to $52.4 billion.

Numerous legal authorities, such as Gary Hufbauer and Jeffrey Schott of the Peterson Institute for International Economics, and Harvard Law Professor Lawrence Tribe, have called for the confiscation of these Russian state funds. Moreover, Ukraine needs far more budget financing right now because of the immense costs of the war that Russia has imposed. Former U.S. top official Robert Zoellick observed: “Countries win wars through economic resilience, not by force of arms alone.”

At the Lugano conference in July, European Commission President Ursula von der Leyen stated: “We are working on the legal framework so that the assets of Russia and partly the assets of oligarchs can be used to restore Ukraine.”

Unfortunately, little is happening. The U.S. Congress and the EU have toyed with draft laws, but none has come to fruition. So far, parliaments and the public seem unduly focused on the confiscation of oligarch assets. It is more attention-grabbing to discuss superyachts and palaces, but our prime concern should not be revenge but speedy war reparations for the Ukrainian state.

Strangely, none of the Western countries that holds Russian Central Bank reserves has publicly announced that it does so, let alone the quantity. Each country that holds a share of these funds should declare it now, including how much it holds. This should be our first demand.

Instead, the main focus remains on oligarch assets, information about which is scattered and fragmented. Total Russian private financial assets abroad are estimated to be worth more than $1 trillion on the basis of the total net capital flight from Russia since 1990. A fair guess is that the assets of 1,800 sanctioned individuals that should be frozen, amount to at least $500 billion, but information about how much has already been frozen is lacking in detail.

Strangely, the U.S. has said nothing, so it does not appear to have frozen much. If we add up the amounts above, presuming no assets in the U.S., we arrive at $60 billion, which might be 12 percent of half a trillion that should be eligible for freezing and none of it consists of Central Bank reserves.

Canada took the lead in adopting a law in late June to confiscate the assets of both individuals and the Russian state that are linked to violations of international peace and security, as well as gross violations of human rights. Canadian legislation could serve as a model for other countries currently holding Central Bank of Russia reserves.

Unfortunately, it will be extremely difficult to collect any of these oligarch funds. The culpability of various oligarchs will be hard to prove and they will defend themselves vigorously in court with the best lawyers in the world.

Ownership is often hidden in multiple layers of anonymous shell companies registered in a dozen secretive offshore tax havens. By and large, these assets are not liquid, and the prices of superyachts and palaces are likely to be low at executive auctions. Since the legal hazards will be enormous, oligarch assets are unlikely to generate much money and, if they do, only after a long time.

Instead, each country that holds Russian Central Bank reserves should declare them now. They should also adopt a special law for the confiscation of such assets and their transfer to Ukrainian reconstruction. And the Ukrainian government should make this a top demand. 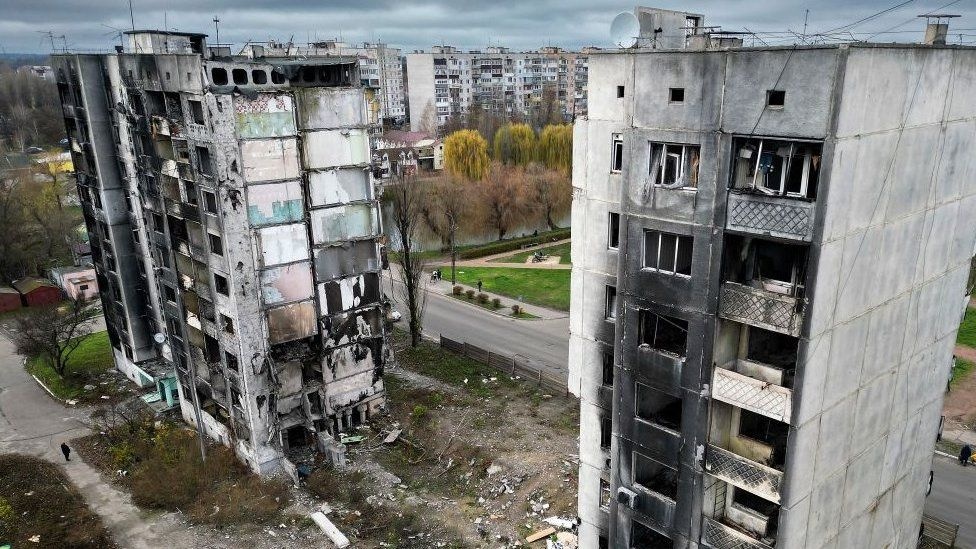 Ukraine and its Western friends need to get serious about Russian war reparations. In the short term, only… - Dec. 01, 2022. By Liubov Skichko