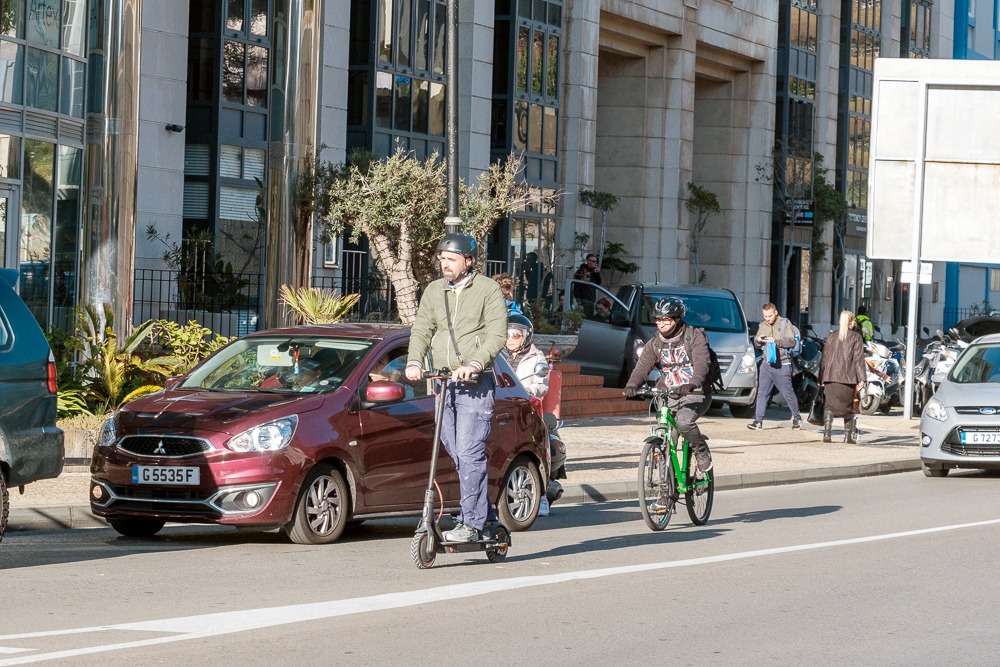 Helmets and speed limits for e-scooters under draft legislation published by...

People riding e-scooters will have to wear helmets and adhere to traffic laws or face fines for offences including dangerous driving, under draft legislation published by the Gibraltar Government on Thursday. The long-awaited legislation seeks to...

People riding e-scooters will have to wear helmets and adhere to traffic laws or face fines for offences including dangerous driving, under draft legislation published by the Gibraltar Government on Thursday.

The long-awaited legislation seeks to regulate the use of Personal Light Electric Transporters, which includes e-scooters fitted with seats.

E-scooters are increasingly popular as a means of getting around but are regarded by many other road users as dangerous.

The draft legislation, which has yet to be debated and passed by Parliament, seeks to create a framework for their safe and correct use.

“The use of these personal mobility devices is now widespread in many cities as they are seen as an alternative mode of transport,” said Paul Balban, the Minister for Transport.

“There is however a need to regulate how these devices are used on the road to ensure the safety of all road users and the Bill provides the legal structure to guide and hold to account those users that breach the regulations.”

A key provision of the proposed legislation is that e-scooters must be driven on roads and cannot exceed a speed of 25km per hour.

Most e-scooters have that speed as a top limit and tampering with them to go faster will be an offence.

The use of these devices will be prohibited to anyone under the age of 17 and anyone using them must obey any instructions to stop given by police officers.

The draft legislation also provides for fixed penalty notices, much the same as applies to other road users.

The Bill also includes an amendment to the Crimes Act to widen the definition of the offence of “furious driving or racing” to include “furious, driving, racing, riding or operation”.

It also defines Personal Light Electric Transporters in law, including capping their maximum speed at 25km per hour.

The government looked at adding a requirement for mandatory insurance but found there was no appetite from local insurance companies to provide it.

To add the requirement would have had the practical effect of banning this type of transport device.

EDITOR’S NOTE: This story has been updated to add details of the decision not to require mandatory insurance.