GSD vows to bring public finances 'back on track' and curtail financial abuse if elected. (At least Roy Clinton is still questioning the 300 million Mortgage raised by the GSLP)

Perhaps all the new schools which were built and finished just before the last election (too boost the GSLP ratings), were funded by the 300 million mortgage raised by one of the GSLP's many "companies", which we should not forget used 6 housing estates in Gibraltar as collateral. To be clear, many of these family home in these housing estates are privately owed.

The question that begs to be asked is who is the creditor of this 300 million mortgage held by the GSLP using family homes as collateral, a Chinese bank possibly? Not to mention the massive - debt to the public purse - that has being added by the current GSLP government in recent times and continues to do so.

The GSD says it will launch an investigation and audit into the spending of all Government owned companies if elected into Government.

At a press conference today, the party committed itself to greater levels of transparency, standards and value for money when it comes to public finances.

As part of a programme which they describe as 'back on track', the Opposition party says they will establish an anti-abuse law, a commissioner for standards, a ministerial and public service code of conduct, and a new contracts award panel. 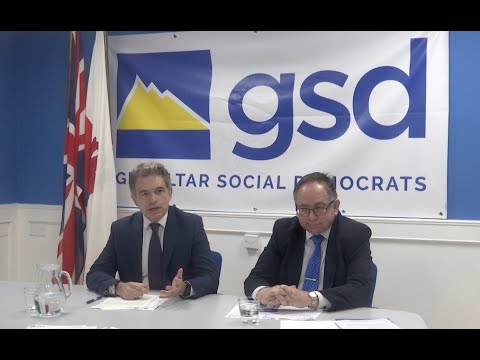