Following the Government’s reply to their questions regarding the new GFA stadium, Together Gibraltar says they are “dismayed” by the Government's response.

Following the Government’s reply to their questions regarding the new GFA stadium, Together Gibraltar says they are “dismayed” by the Government's response.

A statement from Together Gibraltar follows below:

It has been opaque and deliberately sketchy when presenting the deal, it has not properly explained the detail when prompted by opposition parties, and it is now using dubious arguments to convince the people of Gibraltar that this is the right way to use massive public funds levied by the GSB – an institution many Gibraltarians have entrusted with their hard-earned savings.

The Government’s PR states, in a nutshell, that Mr. Bossano knows best and should not have to clarify further. With many businesses struggling and the Brexit issue still unresolved, the public are expected to take on trust that the government should put their savings at risk with no further elaboration. This is especially worrying at a time of great uncertainty in global markets, rampant inflation, and impending recession across western nations.

The Chief Minister is telling us we should support this initiative because it is “good for football”. Together Gibraltar, however, believes that GSB funds should be invested in a way that is good for the savings of the Gibraltarians, not football. Why should the return on this investment be “small but meaningful”? What does “meaningful” mean in the context of providing a loan for a business project? The government needs to stop treating the public as fools, and refrain from using Orwellian language in reference to this deal. There is no “sponsorship,” and there is no such thing as meaningful or meaningless profits in a business loan. This is a business loan, and a simple issue of pounds, pence and profits.

Government has also provided zero justification as to why the stadium requires a capacity of 8000 when the current stadium hardly sells out for the most attractive international matches, let alone local games. From a sporting point of view, an excessively large stadium that appears empty does not contribute to create an attractive footballing spectacle, on the contrary, it dampens the moods of crowds and frustrates supporters.

Also baffling is why the proposed retail and housing units will be owned and managed by a football association. If these developments are such a good investment as to warrant public "sponsorship", they should remain within government ownership or be put out to tender as is normal for any publicly funded development.

Together Gibraltar are not opposed to investing in our community but it believes that such an exorbitant investment should have come in a way that is forthcoming, transparent and after consultation and public debate. At a time in which public services are being slashed, basic infrastructures are either non-existent (like the promised sewage treatment plant) or in disrepair (roads, housing estates, touristic infrastructure), and the housing list continues to grow, the least this Government could do is consult the community on what its priorities are. Instead, what we’re seeing is more of the typical lack of transparency with a new, largely unknown network of companies already embedded in the deal.

That the government considers this investment zero-risk is irresponsible, and testament to their arrogance. To pretend they can simply avoid scrutiny because this investment is about football and has the green light from Sir Joe is an insult to this community. 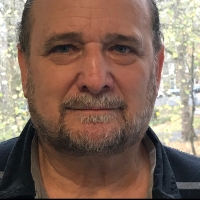 It is wrong, not to say misleading, for ‘No.6 Convent Place’ (in effect the Chief Minister/GSLP-Liberal Government), to insist that the ‘investment’ of the Gibraltar Savings Bank [GSB] in the Gibraltar Football Association [Gibraltar FA] stadium project is “100% safe for depositors”. Any dilution to reserves of the GSB reduces the safety margins of depositors’ money in the GSB against investment losses.

In 2018 the General Secretary of the Gibraltar FA announced on GBC that the cost of construction of a stadium would be £30 million at no cost to taxpayers, as is promised today by the GSLP-Liberal Government. One imagines that incudes no taxpayer subsidy through the medium of Development Aid. He also gave the impression that UEFA and FIFA would only “contribute” to that cost.

As Roy Clinton, Shadow Minister for Public Finances and the GSB, has said, “The Government or Savings Bank should publish the business plan for the proposed new stadium project and financial feasibility projections and payback period that underpin the loan notes that will be issued.”

Further the huge size of the loan in comparison to amounts invested by the Gibraltar FA (85.84% as against 14.16%) is unacceptable. It would not be countenanced by a commercial bank as supporting a commercial lending as it renders the lending hugely risky.

The lending is made even less appropriate as it has been said that the GSB would make only a small but reasonable return on its investment, is that not political? The maxim is “the bigger the risk, the bigger the return”, but not for the GSB it seems.

The GSD’s reaction to the GSLP-Liberal Government’s defence of the GSB stadium lending is right. It has said “Rather than this being a good investment it is free cash being given away by the Government to others” in the context of the Gibraltar FA not being required to pay a premium for the permission to allow construction of residential and commercial units.

The lending is the use of the GSB by the Government to disguise that it is “stumping up the cash for the development, not charging the right value for the land, and allowing another entity to keep the profits.”, as the GSD have also said. That of course if there are profits and not losses which losses would fall on the GSB and so undermine the security of depositors in the GSB.

Unfortunately, the GSD do not trumpet the basic wrong that encompasses the proposed lending by the GSB to the Gibraltar FA. Those are explained in depth in previous blogs. In essence the major criticism must be the very wrong of politics being involved in sport.

The GFA has been totally sidestepped. It has been taken over by the current GSLP-Liberal Governments who have monopolised the defence of the proposed lending. The Gibraltar FA remain silent, as if it were not a party to the transaction, as if it was non-existent, as if it was not the borrower. What a sad situation for football, and sport in general.

Not only has the Gibraltar FA been sidestepped now by the GSLP-Liberal Government, but it is also being shown to have changed its position since its General Secretary, Dennis Beiso, was interviewed on GBC on 21st June 2018.

In that interview he confirmed that the £16.5 million cost of purchasing the Victoria Stadium site had been met by UEFA and FIFA, and that discussions were advanced with both organisations on the financing of the building costs of the proposed new stadium.

Yet today we are told by the Government only that the Gibraltar FA will use funds received from various UEFA/FIFA programmes towards aspects of the financing of the cost of the new stadium. There is a marked uncertainty that such funding will be forthcoming in that statement.

In that interview Mr. Beiso revealed that the cost of the construction of a UEFA Category 4 stadium would be £30 million which would not be funded by taxpayers. The intention was to seek planning consents in September that year, which was done, and for construction to start in early 2019, with completion in 2021.

The construction did not happen, with no reason being given for that. Today we are told a completely different story, without explanations. The cost of construction has jumped from £30 million to £100 million, again without any justification being made public.

No doubt the inclusion of hotel, commercial and retail units is one reason, but what is a football association doing engaging in property development and exploitation? Or are others going to engage in that? No doubt at some point we shall find out any other details.

NO COST TO TAXPAYERS

The promise that the stadium would be built at no cost to taxpayers was made back in 2018. It is a promise that is being repeated today by the GSLP-Liberal Government about the Gibraltar FA.

One imagines that includes no taxpayer subsidy through the grant of Development Aid to the developers, the Gibraltar FA or whoever else may get involved in any aspect of the proposed development.

Development Aid is a system by which approved projects are entitled to tax relief, import duty relief and rates relief. Accordingly, if any part of the new stadium project is granted Development Aid, then the Gibraltar taxpayer will be subsidising the project.

In that eventuality the ‘no cost to the taxpayer’ promise will prove untrue.

MONEY COULD HAVE BEEN USED FOR SOCIAL HOUSING

Further could the £55 million that is available in the GSB not be used for social purposes, like the construction of more social housing? Its use to finance the building of a luxurious development, which includes a football stadium, means that taxpayers will not get the benefit of that money to fund taxpayer projects to help the less well off. Any such help will need to come from tax revenues.

It is especially galling when taxes and other government fees and levies have just gone up, and are expected to increase further over a short period. In that sense the taxpayer is indirectly funding the construction of the new stadium, despite GSLP-Liberal promises to the contrary.

In 2018 the Gibraltar FA was keen and made all statements connected with its proposed new stadium and the financing of its construction. Today that has shifted to Sir Joe Bossano and the GSLP-Liberal Government making all the announcements connected with the newly announced stadium project.

The question is why that shift which attempts to give the impression of that the whole project is a GSLP-Liberal Government inspired development, when they have nothing to do with it? The financing is coming from an independent statutory body, namely, the GSB.

Could it be a strategy motivated by politics, contrary to the Gibraltar FA rule to stay out of party politics, just before a general election to give the GSLP-Liberals favourable publicity? If so, it seems to have backfired spectacularly. Public opinion seems to be running high against the stadium financing and so the GSLP-Liberals.