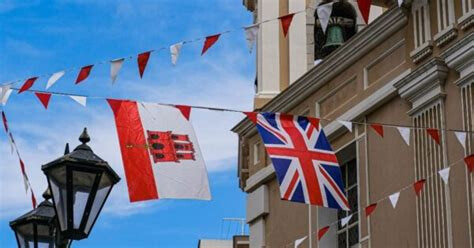 September 10 – Gibraltar's National Day is celebrated annually, as the official national day of the British overseas territory of Gibraltar. The day commemorates Gibraltar's first sovereignty referendum of 1967, in which Gibraltarian voted to remain under British sovereignty, with institutions of self-government.

Chief Minister reads last message from the Queen to Gibraltar: 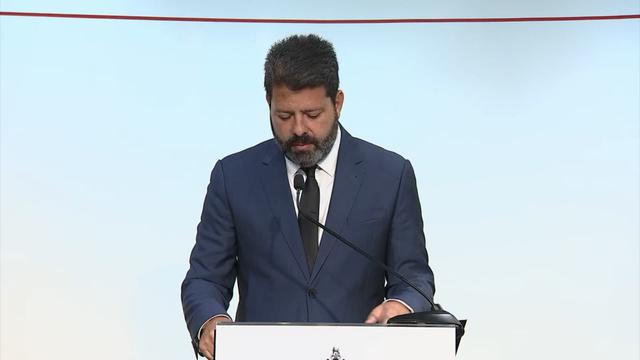 Chief Minister reads last message from the Queen to Gibraltar

Chief Minister reads last message from the Queen to Gibraltar 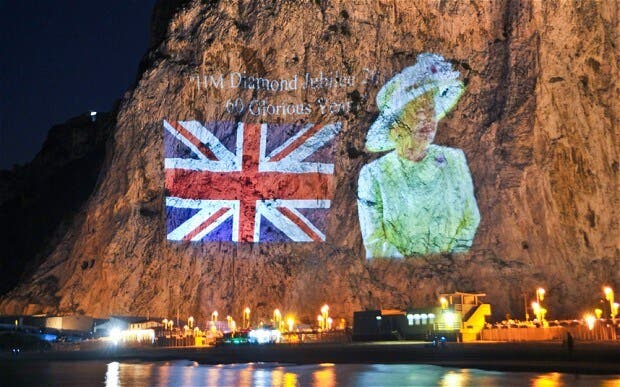 NATIONAL Day celebrations will be postponed for another year after the death of Queen Elizabeth II this week, Chief Minister of Gibraltar Fabian Picardo

NATIONAL Day celebrations will be postponed for another year after the death of Queen Elizabeth II this week, Chief Minister of Gibraltar Fabian Picardo announced live on TV.

Instead, the screens on-stage at Casemates Square will stream the September 10 First Proclamation of King Charles III in front of the Ascension Council.

The Casemates stage will remain for the 73-year-old’s televised public proclamation as Queen Elizabeth’s son in Sandwell on September 11.

Picardo said Friday was ‘the eve of our saddest National Day’ in his televised broadcast, which he tweeted in its entirety.

“In reflecting for Gibraltar on Queen Elizabeth’s lifetime of service, I think we must reflect on the fact that She was the queen of all our constitutions to date,” the Chief Minister said.

“As our Queen, she was the head of our Executive and we were expressly one of Her dominions.”

He urged the public ‘to enjoy the day tomorrow with your family and friends, tinged with sadness as it will be, commemorating the great memory of our former sovereign’.

Flags will fly at full-mast on Sunday and return to half-mast on Monday for the Queen’s funeral. 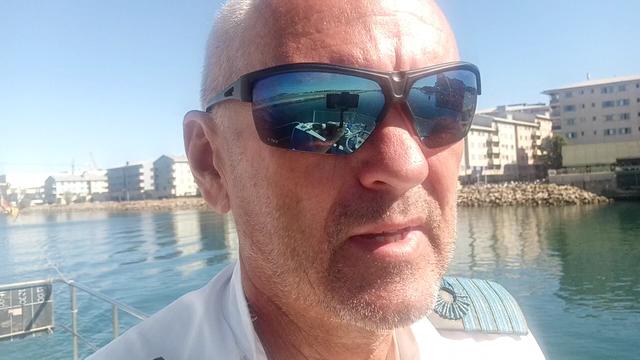 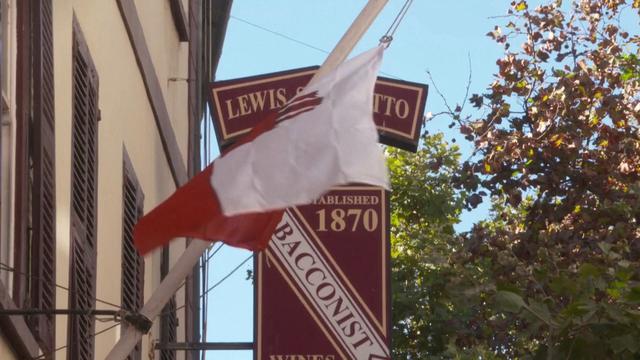 Read the post/thread at Defending-Gibraltar that contains this video: Gibraltar's National Day Cancelled – Elizabeth's letter to Gibraltar https://defending-gibraltar.net/t/gibraltars-national-day-cancelled-elizabeths-letter-to-gibraltar/3875 If you…

[image] Queen Elizabeth II, the longest-reigning monarch in British history, died Thursday at age 96. “The Queen died peacefully at Balmoral this afternoon,” the royal family tweeted. “The King and The Queen Consort will remain at Balmoral this evening and will return to London tomorrow.” Early Thursday, the royal family announced doctors were “concerned” about the Queen’s health, so she was put under “medical supervision.” In response, Prince Harry, Prince William, Prince Charles, Prince And… 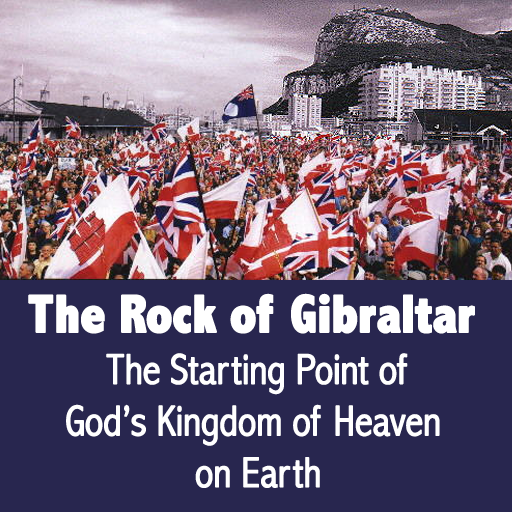 On this Gibraltar’s National Day – Sign of the Times? - Gibraltar Messenger

I write to you again to share another sign about Gibraltar: related to its National Day. The head of the kingdom of men whom you pledged allegiance to is now officially no more. Do you see the golden thread running through it all please? The King, King Charles III has officially been proclaimed King at the Accession Council in the State Apartments of St James's Palace 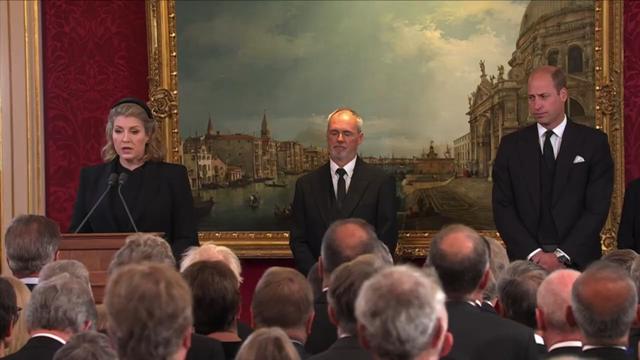 The Council, attended by Privy Councillors, first proclaimed the Sovereign in his absence, and formally approved various consequential Orders, including the arrangements for the Proclamation. The second part is the holding by the King of His Majesty’s first Privy Council.

King Charles made his Declaration and read and signed an oath to uphold the security of the Church in Scotland and approve Orders in Council which facilitate continuity of government.

Flags on the Rock were raised at 10am to coincide with this first public reading of the Proclamation.

The Principal Proclamation has been read from the balcony overlooking Friary Court at St James's Palace. J for Justice - Elizabeth 2 Go (Like E2, Charles is NOT the Rightful King. Time will tell if THEY pull out the fake stone for another fraudulent Coronation ceremony?)

No, Mr. Fabian Picardo. I do not consent to your nonsense rhetoric. 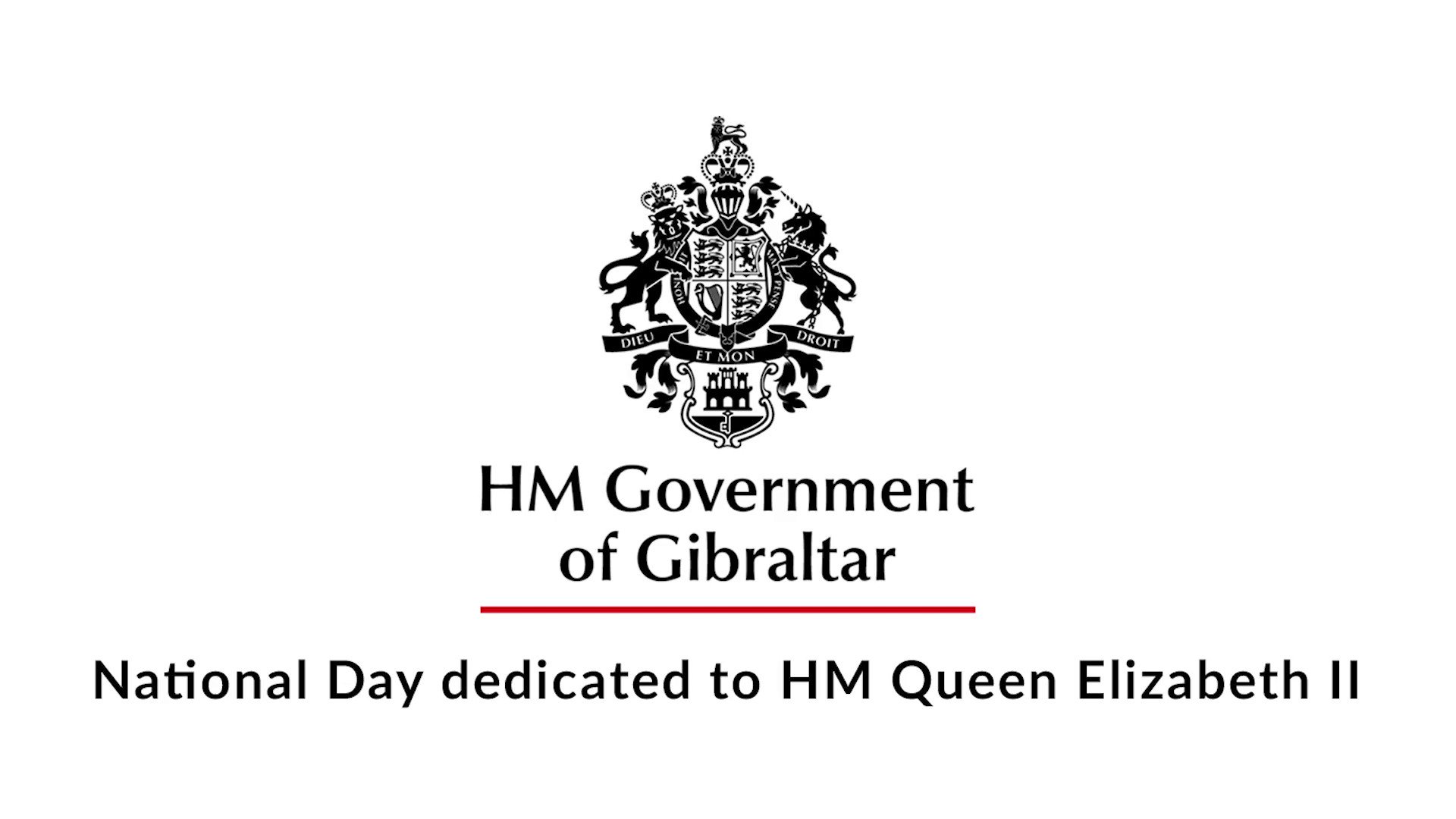 How safe is Gibraltar and its Brit-ish Sovereignty? Gibraltar's Flag

Liz Truss led a delegation of MPs in swearing an updated oath of allegiance to the new King, Charles III, in the House of Commons 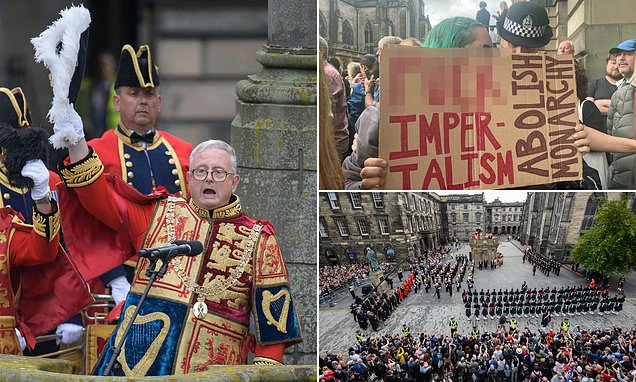 A proclamation of 'God Save the King' in Edinburgh was met by boos from anti-monarchist protestors. People could also be heard calling for a republic and holding signs critical of the monarchy.

A proclamation of 'God Save the King' was met by boos from a small group of protestors in Edinburgh this morning but heckling was soon drowned out by jubilant cheers as Charles was proclaimed King.

Crowds had gathered in the capital city to hear the Lord Lyon King of Arms, who is responsible for overseeing state ceremonial in Scotland, formally announced the Queen's successor.

Similar announcements of the new monarch took place simultaneously in towns and cities across the UK and the Commonwealth.

But amongst the hundreds of royal fans who had turned out to watch the ceremony in Edinburgh, a small number took the opportunity to make clear their disapproval of the new monarch. 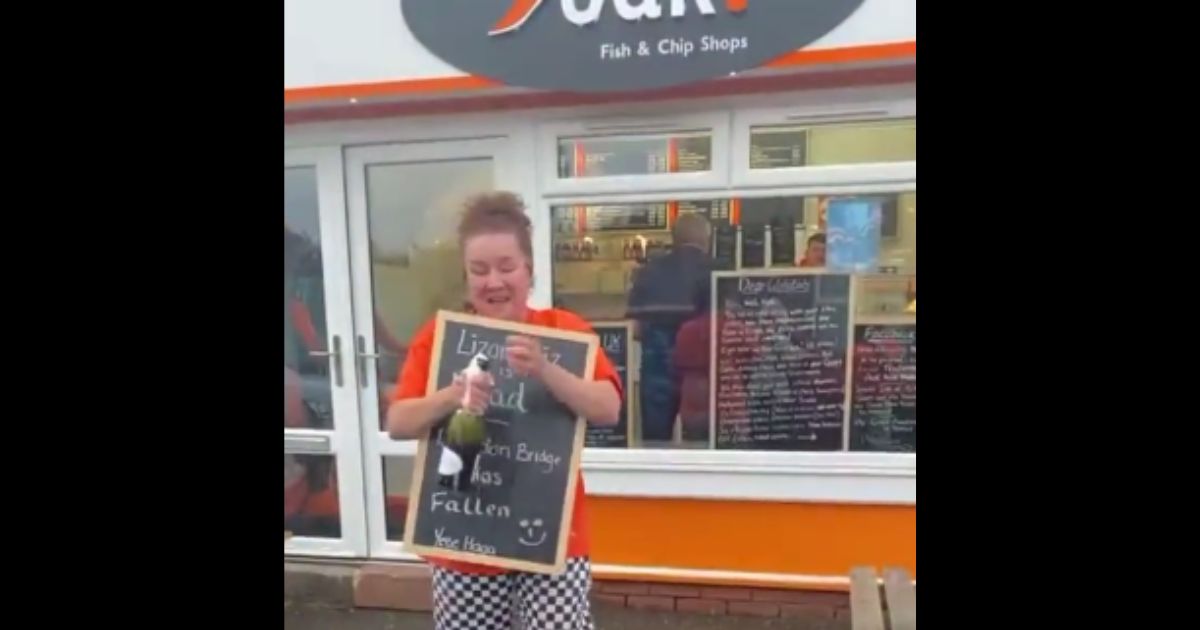 The owner of a fish and chip shop in Scotland faced a mob outside of her business after she celebrated Queen Elizabeth II's death.

The late Queen Elizabeth II has been mourned by millions after her death this week, with Britons pointing to the Queen as a beloved national symbol.

One owner of a fish and chip shop in Scotland doesn’t quite see it the same way.

Jacki Pickett appeared in a Facebook video after the monarch’s death holding a placard that read “Lizard Liz Dead and London Bridge has fallen,” according to Newsweek.

Pickett popped a bottle of champagne in the video.

GIBRALTAR REACTS - The day after the announcement of the Queens death.
Footage includes the night of 8 Sept and the national day flags being taken down. 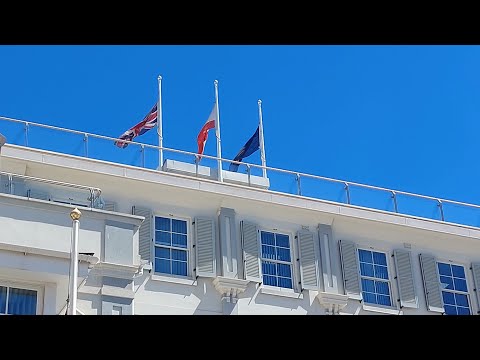