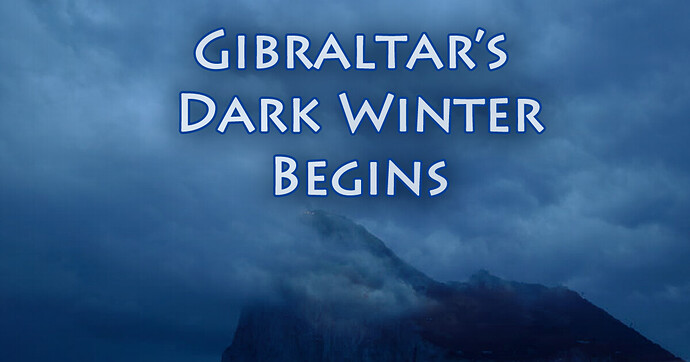 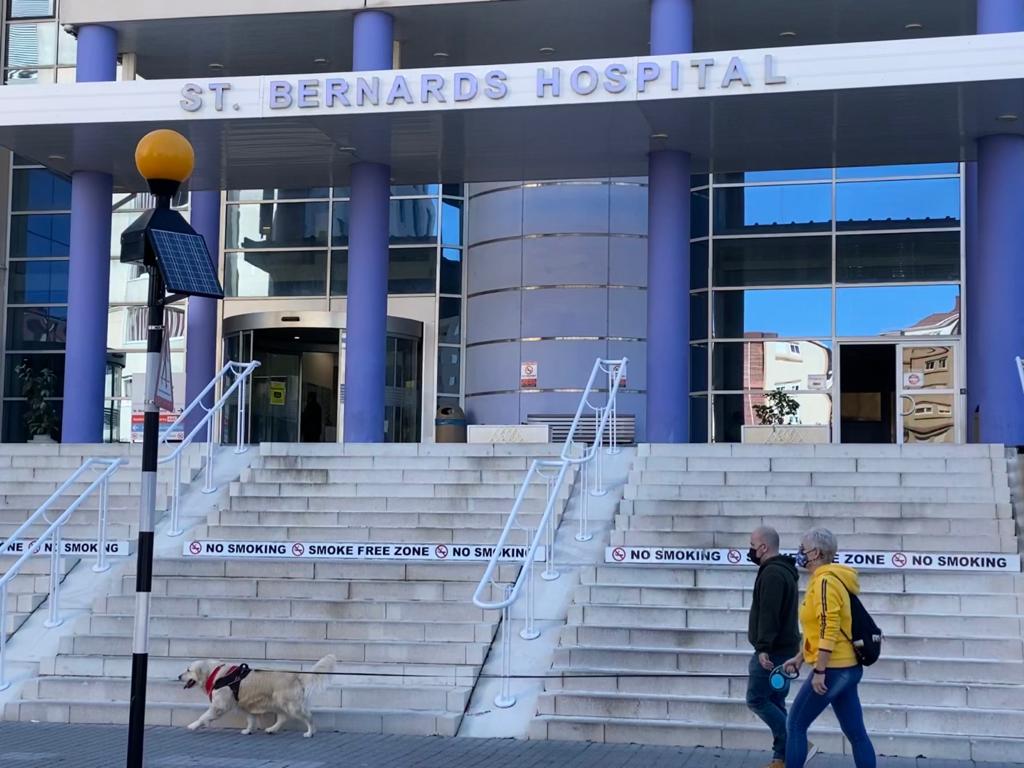 Gibraltar will go into lockdown as from 10pm on January 2 following on overnight increase of 172 positive Covid-19 cases that pushed the number of people with the virus in Gibraltar to 907. The move to lockdown was announced by Chief Minister...

They've been planning a DARK WINTER for a long time. Did you think Gibraltar was going to escape it, especially with compromised and corrupt politicians and health officials in your midst?

They’ve got to scare everyone to take their DNA-altering vaccines, because vaccines are part of the depopulation agenda. Do you not think T.H.E.Y. believe Gibraltar is "over-populated" given the RGP's officer's question to Tony Farrell during his arrest?

Part of the plan is continued LOCKDOWNS, with the only option for your so-called freedom is to take the "marked vaccine".

These magicians can pull out a CASEDEMIC anytime they want - and the next one coincides with a Dark Winter. The plan was to keep tightening the grip, to punish the dissidents with fines and arrests. Can you see it now? The Year 2020 should have given Gibraltarians perfect vision.

The government is Coercing you to take the vaccine. They are Torturing you with mandates. You are being Brainwashed through psychological warfare. You are under siege.

You want to know why Sohail Bhatti and Fabian Picardo changed their minds about facemasks? Can you say Xi - CCP? They are marking the entire world, including Gibraltar, the UK and Europe. All those loans had strings.

5 Likes
Statement of Truth: Anthony of the Farrell Family V The Fraudulent Regina QE2
Another Gibraltar Casedemic
Children Become The Next Target For The Jab
DOTS January 2, 2021, 1:13pm #2

Like “Event 201” was a simulation-gone live with COVertID2019, an simulation called “Dark Winter” was also conducted by the John Hopkins University. These events are scripted, but they let us know what the evil globalist are up to and what they want to “go live”.

Joe Biden didn’t invent the phrase “Dark Winter” his use of it shows his allegiance to the Global Plan (It’s a code-word). The same goes for Boris Johnson and his announcement about a difficult winter. "He (BoJo) said that advances in vaccine and testing technologies could offer hope once the country gets through a “hard winter” (Boris Johnson 'sorry' as 99 per cent of population faces tough winter restrictions | Swindon Advertiser).

The countless other politicians declaring the dark winter or simply “making it happen” like in Gibraltar just show you that they are in Lockstep with the plan.

These traitors come out of the woodwork:

• Why is the Corporate Media Predicting a “Dark Winter”?

Joe Biden didn’t invent the Build Back Better phrase either. It’s global double-speak. ARE WE REALLY GOING TO BUILD BACK BETTER AFTER A DARK WINTER?

All these attacks are well-orchestrated against all Western-nations – to finally subdue them.

Short-video about the Dark Winter:

It is a very dark thing to do: mandatory lockdown / isolation of healthy people is very wrong.

The World Health Organisation has warned that a worse pandemic than COVID could be around the corner and that what we’ve seen so far in 2020 is “not necessarily the big one”.

Yes, we were told by Bill Gates another one is coming.

"Professor David Heymann, the chair of the WHO’s strategic and technical advisory group for infectious hazards, added that “it appears the destiny of SARS-CoV-2 [Covid-19] is to become endemic, as have four other human coronaviruses, and that it will continue to mutate as it reproduces in human cells, especially in areas of more intense admission.”

The WHO chief scientist Dr. Soumya Swaminathan said that the roll out of vaccines does not mean social distancing or mask wearing can go away.

The WHO is corrupt – those of the same feather flock together. 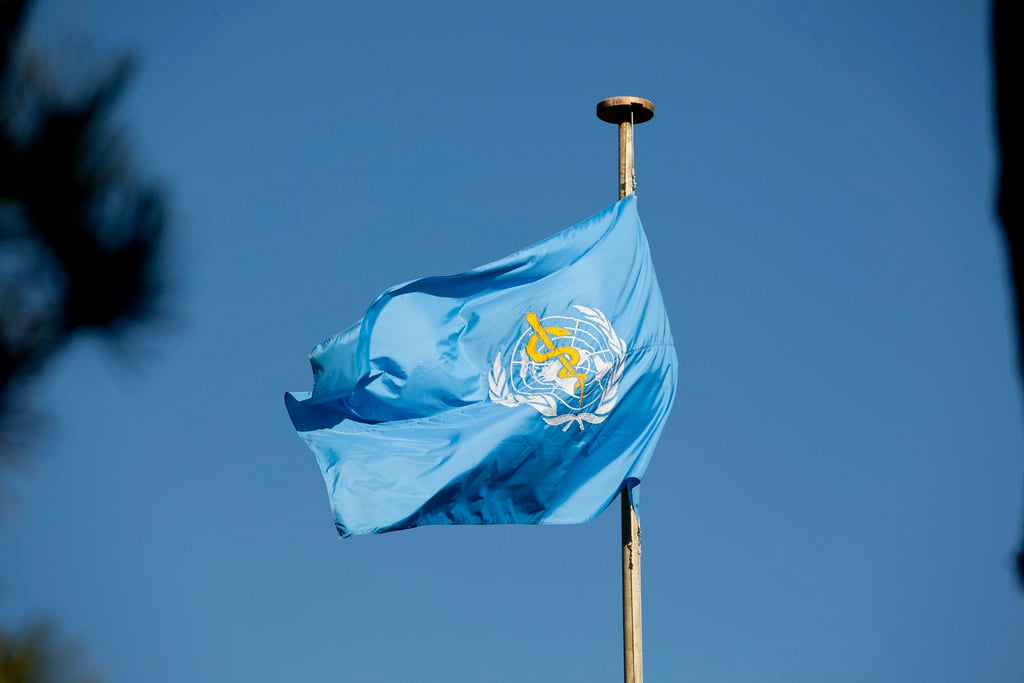 Politics and Corruption at the World Health Organization (WHO) - Global Research

This article, translated from French, was written prior to the Wuhan Coronavirus epidemic outbreak. *** The WHO [OMS in French] is the World Health Organisation. ‘WHO’ in English – and that’s much more appropriate. WHO: who is it really? Would the...

It is also controlled by China’s CCP. As Long As Communist China Controls The WHO, It's Unreliable

The WHO’s peddling of CCP narratives as the pandemic grew, mimicked by health officials and politicians, no doubt contributed to the spread of the virus.

If the WHO is corrupt – and controlled by the communists – what would be a perfect game-plan for a world-wide totalitarian government? Say… a worldwide virus… Picardo can claim he doesn’t want to control Gibraltar, but that is theatre, because his government is ushering in the Dark Winter, which will allow the globalist to control you. Actions speak louder than words. “Dark Winter” May Include Internet & Power Blackouts | The Truthseeker

Revelations 25:9 If you know not the Darkness, how can you understand the Light?
25:10 If there was only Light, how could you choose that which is sacred, for only in the Darkness can you see the Sacred Light.
25:11 Even as the prophecy has been given in these visions, the hand has written on both the Dark and the Light scrolls. For there will be spirits of Light and spirits of Darkness and only by knowing One will you know the other.
25:12 Therefore, you will receive all Knowledge, that in choosing, you will not fear that which is hidden within the dark chambers of the Earth.
25:13 And the Father will send to the Earth a protector and she (Israel) will be clothed with the "sun" (Psalm 89:36) and ride on a chariot of gold.
25:14 And her name will be Mother (Hosea 2:2) and she will carry the Seed of Life (The Bible) and her body will be as a womb for all that live upon the Earth.
25:15 And she will know every creature and be lifted onto every mountain. She will ride across the flat land and enter into the depth of the sea. And all will know her, for she is the Mother of creation (Exodus 20:12).
25:16 And they will see her clothed with the "sun" (Psalm 89:36), with the moon under her feet and a crown of twelve stars on her head.
25:17 But she (her identity - as Israel - Romans 11:25) will not be known until the Last Days come upon the Earth and there is [spiritual] darkness and decay, even as she becomes known.
25:18 And she will be as a woman, with child and about to give birth, who writhes and cries out in her pain (ch. 12:2).
25:19 So were we in the presence of the Father.
25:20 We were with child, we writhed in pain, but we gave birth to wind.
25:21 We have not brought salvation to the Earth; we have not given [new] birth to the people of the world.
26:1 And the Archangel Michael came forth and sat with the twelve. But they were troubled and some hid their face.
26:2 And he bade them uncover their face that they may have vision. But some of the twelve were blind and could not see the Light.
26:3 Then the Archangel Michael placed his hand upon their eyes and they were with sight (John 9:6). And they rejoiced, praising the name of the Father and making the sign.
26:4 And he took them to an high place and their ears were open to the voice and they knew their Father and were made newly born (John 3:3-10).

For some the Dark Winter will never end, others will see the LIGHT and follow HIM, Christ, Mahdib, JAH. 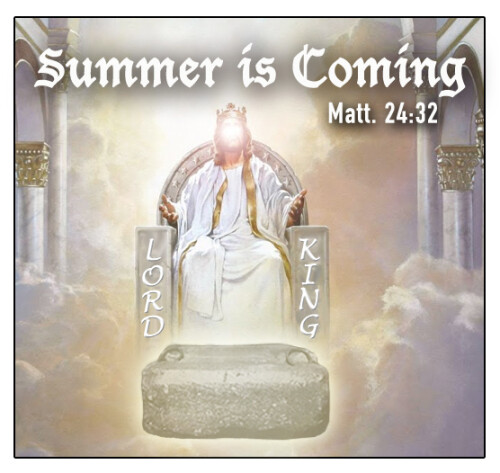 Say no to vaccines!

New Confirmed Cases of Covid-19 in Gibraltar and the EU 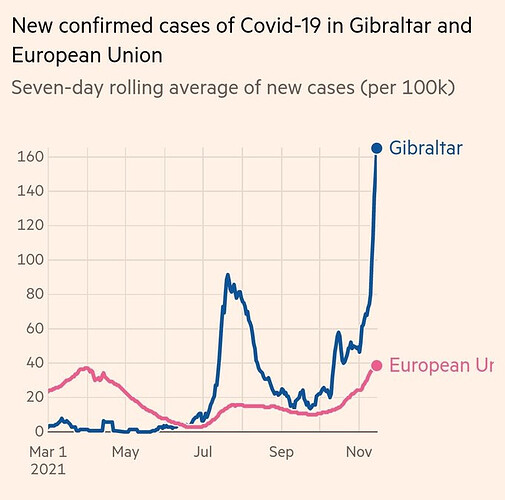 The DIE-OFF Of The Dark Winter Begins, With Mass Vaccine Deaths Colliding With Planned Famine And The Gas And Energy Supply Collapsing

COVID-19 is taking the world in the wrong direction 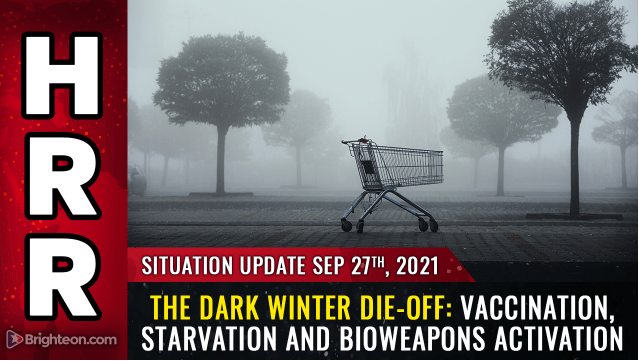 The DIE-OFF Of The Dark Winter Begins, With Mass Vaccine Deaths Colliding...