UNAFFORDABLE PUBLIC DEBT GOES UP AND UP

The GSLP/ Liberal Government have loaded Gibraltar up with an unsustainable level of debt, leaving unexplained how Gibraltar will repay the additional short-term borrowing that it is incurring for …

The GSLP/ Liberal Government have loaded Gibraltar up with an unsustainable level of debt, leaving unexplained how Gibraltar will repay the additional short-term borrowing that it is incurring for all of us voters, due to the Covid-19 pandemic and on the back of a three-year sovereign guarantee from the UK. This is the basic message that Roy Clinton gives to voters in his Opinion Piece published in the Chronicle today (26th April).

(the Chronicle article referred to is only in the print version)

TOO MUCH BORROWING AND SPENDING

A recurring message in this blog has been that successive Gibraltar Governments, made much worse by Picardo’s GSLP/ Liberal Government, have been borrowing, whilst spending its revenues, as if there is no tomorrow. There has been nothing saved for a ‘rainy day’, for which failure the GSLP/Liberal Government criticised the GSD Government back in 2011, only to go on to ignore its own policies.

The GSLP/Liberal Government has gone on to increase the expenditure, which it had criticised the GSD for making. The reason, simple, it helps win elections and power is money (for some)! The ‘rainy day’ has arrived, however, in the form of Brexit and of the pandemic.

Now, the GSLP/Liberal Government is forced to borrow even more, and to make matters worse, it has had to break a second of Sir Joe’s Golden Rules, not to borrow to pay for recurring expenditure.

The Government is now borrowing to pay for recurrent spending, which is an unsustainable use of borrowings. This need arises in part from not having a ‘rainy day’ fund and having committed to huge recurring expenses, during the ‘good’ days, leaving no room for unforeseen situations giving rise to an unavoidable need to spend more.

In the end it is us, the taxpayer, from whom, whichever Government is in power, must take the money to pay its way and repay loans.

Well, the bad times are coming! Perhaps, not from where we thought they would come, but for two potential reasons, Brexit, and Covid-19.

On Brexit we may have a longer-term solution that will take time to have effect, as outlined in the Framework Agreement, but many will disagree with it.

On Covid-19 we are where we are, with much of the rest of the world, save, as Mr Clinton points out, we do not have our own currency, so we cannot help ourselves out of any debt problem by printing new money.

The public finance figures are all set out in Mr Clinton’s Chronicle Opinion piece, but let us look at some. Overall direct and indirect public debt now stands at a huge £1.5 billion, considering the additional £175 million borrowed to cover Covid-19. This has increased the Government’s gross direct debt by this amount, from £447.7 million to £622.7 million, and its net debt has increased by £197.3 million, from £387.3 million to £584.6 million, as lower levels of cash are held.

It is significant that the Government had to repay Barclays its £150 million loan, yet it was unable to raise, as Mr Clinton points out, unsecured finance on favourable terms from a commercial bank to make this repayment. Why would that be, yet it sought borrowings from the Gibraltar Savings Bank (£125 million) and from NatWest (£25 million)? Is that lending riskier?

To boot there is further evidence of weakened public finances, namely, that the UK Government has given Gibraltar a guarantee of £500 million. It is a guarantee for a limited period of three years. What happens, if Gibraltar cannot repay any borrowings raised on the back of this guarantee in that time, is yet to be seen.

LITTLE ROOM TO MANOEUVRE IN THE BUDGET

Room to manoeuvre at this year’s budget is small: The Government will have to face some harsh realities, including not just what has happened but what is yet to come, if the pandemic continues to increase public expenditure and to reduce public income.

Harsh measures may be needed but room for movement is limited. Yes, some one-off and recurrent public expenditure can be cut, but one of the main outgoings is the cost of the public service personnel. The ability to cut on this front without protest that will further undermine our economy is limited.

The alternative is to raise more money. This can be done with increases in direct and indirect taxation and in fees for licences and other public services. All unpopular moves for a Government seeking re-election in two years’ time. Interestingly the election comes just before the expiry of the UK Government guarantee, and just as the four-year period under the Framework Agreement starts to come to an end.

We wait on the budget with great interest, but the news is unlikely to be good for our individual pockets, or those of business.

Message from Christ to Gibraltar about God’s Law petition
The UN Agenda 21 / 30 that he is implementing is satanic, formulated by Satan and being implemented world- wide by Satanists. It’s an agenda that is fully supported by Fabian Picardo. He has put Gibraltar in danger not only of death from 4 and 5G, but of bankruptcy and foreclosure, by the banksters from whom he has borrowed £300,000,000, and now wants to borrow a further £500,000,000 with YOU and YOUR homes as security, using Coronavirus as his excuse.

With a population of only 30,000 people, how could it EVER be paid back. It cannot, so bankruptcy and losing your homes is inevitable. Do the maths and see what each and every single Gibraltarian owes to the banksters. You are in debt-slavery.

We've been trying to warn them on Defending-Gibraltar (DG).

Thank-you. They’re obviously falling into one of the elite’s classic traps - how much does Fabian know about it/ is complicit with it? Protocols of the Learned Elders of Zion PROTOCOL 20 FINANCIAL PROGRAMME What also indeed is, in substance, a loan, especially a foreign loan? A loan is – an issue of government bills of exchange containing a percentage obligation commensurate to the sum of the loan capital. If the loan bears a charge of 5 per cent, then in twenty years the State vainly pays…

Bankers are drowning Gibraltarians in more debt – Gibraltarians need to understand who the bankers are, and what they have planned for them Covid-19 Plandemic

Globalist Banker Predicted Scamdemic & Genocide of The Useless April 22, 2021 Forty years ago an adviser to French President Mitterand spoke of what we see unfolding before us today. According to Jacques Attali: “In the future it will be a question of finding a way to reduce the population. We will start with the old…”

The following reply appears to have been written by Jacob Rothschild himself, in response to Henry Makow’s article, referenced above. It appeared in the comment section on Truthseeker, at the link below: [image] Is there any Limit to US “Debt”? | The Truthseeker If authentic, it illustrates exactly how deluded these people really are, seeing themselves as “servants” and “saviours” instead of the criminal mass murderers they really are. T.h.e.y. can make up whatever legislation, rules, etc. th…

In America, the Congress approved to suspend the debt ceiling for another year. It has been said, there is no longer a two-party system in America: Republicans and Democrats; rather it has turned into Republicans and the CCP (Chinese Communist Party). What are they up to? 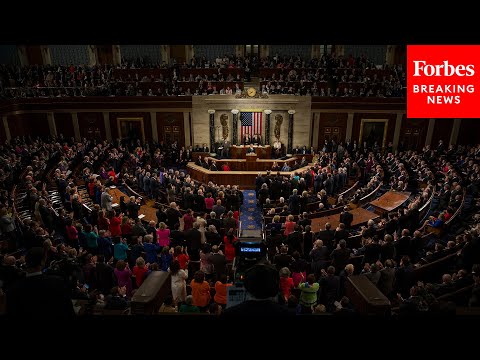