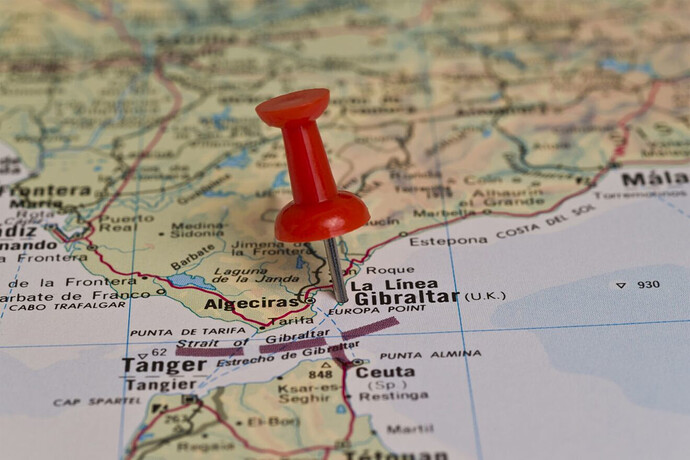 "To understand the reasons why Gibraltar was and remains British it is necessary to understand its history and the way it changed hands from one belligerent to another over the course of time."

Gibraltar remained an important base all throughout the 19th century and its importance greatly increased after the opening of the Suez Canal in 1869, which not only gave Britain total control over the only two entry points into the Mediterranean but also cut down the travel time between Europe and Britain’s colonial possessions in Asia, improving trade access and connectivity.

During the Second World War Gibraltar gained its reputation of being an impregnable fortress at the western end of the Mediterranean, its defences were beefed up and an airstrip was constructed, not only did it serve as a forward naval facility and a supply base but also played a crucial role in supplying convoys to besieged Malta, and as it did during the Napoleonic wars, the presence of such a large naval base prevented the Italian navy from raiding British convoys in the Atlantic.

From its origin as a small peninsular at the mouth of the Mediterranean to be a well-fortified naval base for the Royal Navy carrying out many successful and daring operations in history, it has been undoubtedly one of the most important possessions in the British crown militarily as well as culturally, and one it has never lost to a foreign adversary.

Article on the Indian Wire.

To Really Understand The Reasons Why Gibraltar Was And Remains British, It Is Necessary to Understand Its Biblical History

There is absolutely; undoubtedly and infallibly only ONE Key to Gibraltar's future prosperous and secure self-determination and that is the ONE on its flag, which is there for all to see; except "the blind being led by the blind ", naturally.

Gibraltar's Flag, which originated as the Ensign of the Phoenician/British /Israelite Tribe of Gad ; who was Jacob/Israel's (Gen. 32:28) eighth son (Gen. 30:11) and was Brit-ish not Jew-ish (Judah/ Jew -dah - ish was Jacob's fourth son and one of Gad 's half-brothers not his dad) ; has sadly been deprived of its best colour - The Ruler of The Universe 's colour - the colour blue, and He is definitely not amused by its removal (because He considers it to be an insult to Him and His Sovereignty of heaven - The Universe. To find out why , please continue reading).

The very first inhabitants of Gibraltar, since the Creation of Adam, were NOT Spanish they were Brit-ish Gadites who arrived between 1500 and 1000 B.C. and were later joined by more Gadites in 722 B.C. , the latter-arrival being recorded in the Gibraltar museum as Phoenician.

– How safe is Gibraltar and its Brit-ish Sovereignty?

Gibraltar – His Rock of Defence