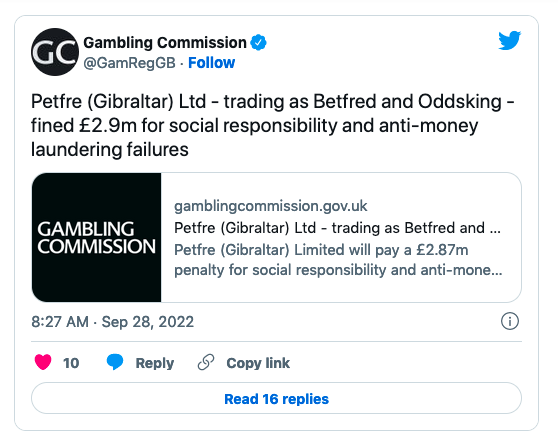 The Gambling Commission said it has penalised the bookmaker over “alarming” failures.

These include one customer being allowed to lose £70,000 in a 10-hour period just a day after opening an account due to a lack of controls related to rapid spending by new customers, the commission said.

It also criticised Betfred for setting safer gambling interaction triggers “too high”, meaning that reviewing accounts in relation to safer gambling did not happen in a “timely manner”.

The watchdog said one customer was first contacted when they deposited £20,700 and lost £10,200, but the next interaction did not occur until four months later when the customer had deposited £323,715 and lost £69,371.

Flaws were also found in the company’s controls to prevent money laundering, the commission said.

Leanne Oxley, Gambling Commission director of enforcement and intelligence, said: “This is a further example of us taking action to investigate and sanction alarming failures.

How To Stop Gambling At All