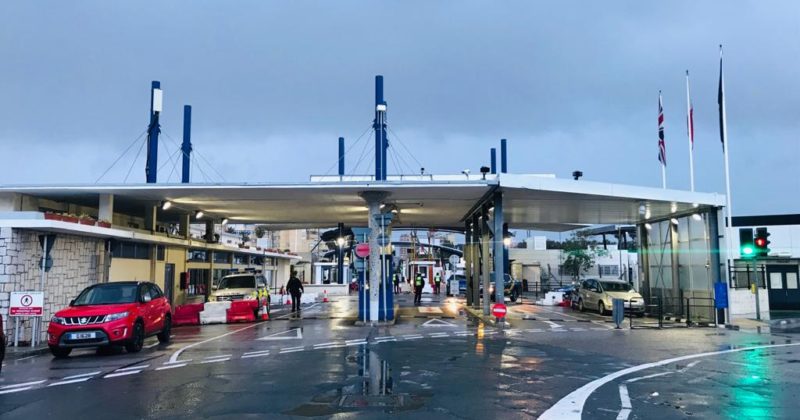 Frontex, the European Union Borders & Coastguard Agency, has completed a trial of a new automated IT system for immigration checks on non-EU travellers crossing the bloc’s external borders. The Entry/Exit System [EES] would be implemented at...

Frontex, the European Union Borders & Coastguard Agency, has completed a trial of a new automated IT system for immigration checks on non-EU travellers crossing the bloc’s external borders.

The Entry/Exit System [EES] would be implemented at Spain’s border with the Rock in the event that talks for a UK/EU treaty on Gibraltar fail to reach a deal.

Negotiators from the UK – including Gibraltar – and the EU are trying to agree a deal that could see Gibraltar form part of the Schengen area and effectively do away with immigration checks at the border.

The second round of talks will take place in London next week.

Spain’s border with Gibraltar was one of two locations – the other was Bulgaria’s border with Turkey – where the EES system was tested earlier this summer, including self-service kiosks for pedestrians and mobile devices used for registration and verification of travellers in vehicles.

The EES will register the person's name, type of travel document, biometric data including fingerprints and captured facial images, and the date and place of entry and exit.

It would apply to both short-stay visa holders and visa exempt travellers each time they cross an EU external border.

The EES will replace the current system of manual stamping of passports, which Brussels said is time consuming and does not provide reliable data on border crossings or systematic detection of “over-stayers”, meaning travellers who have exceeded the maximum duration of their authorised stay.

Pending the outcome of the UK/EU treaty talks, Spain is applying interim measures that mean holders of red Gibraltar ID cards are not subjected to the standard checks applied to non-EU nationals, including passport stamping.

The EES is expected to come into force across the EU by May next year.

By the end of 2022, the EU will also have rolled out the European Travel Information and Authorisation System, which will require non-EU nationals to apply for an Etias visa waiver before departure at a cost €7.

The prospect of the changes has raised concern in the UK about the impact it will have on cross-Channel traffic.

French immigration checks are conducted in the UK and there are fears that the time taken to carry out the checks will cause traffic chaos on roads leading to ports and tunnel terminus.

“In our context, virtually everybody crosses the border in a vehicle and in a group,” said Tim Reardon, head of EU exit for the Dover Harbour Board, told The Times this week.

There will be similar concerns about the impact of applying these checks at Spain’s border with Gibraltar, which is crossed daily in both directions by thousands of people.

Frontex said on Friday that the EES would change the way people cross the EU’s external borders.

“Frontex has just completed the Entry Exit System pilot project at land borders, which was hosted by Spain and Bulgaria,” the EU agency said in a statement.

“The exercise simulated the future EES environment by collecting and cross-checking the required data in full compliance with fundamental rights and personal data protection measures.”

“During the trial, four travellers could be processed at the same time under the supervision of one border guard, proving the efficiency of the system while maintaining direct control of law enforcement officers.”

“As part of the trial, practical demonstrations of the systems took place at Bulgaria’s border with Turkey and Spain’s border with the UK (Gibraltar) and included self-service kiosks, seamless corridors and mobile devices used for registration and verification of travellers.”

“Participants observed the processing of passengers and received feedback from colleagues operating the system.”
“The lessons learned and practical operational outcomes will be used by Member States’ border authorities and European agencies alike as the EU prepares for the implementation of the EES.”