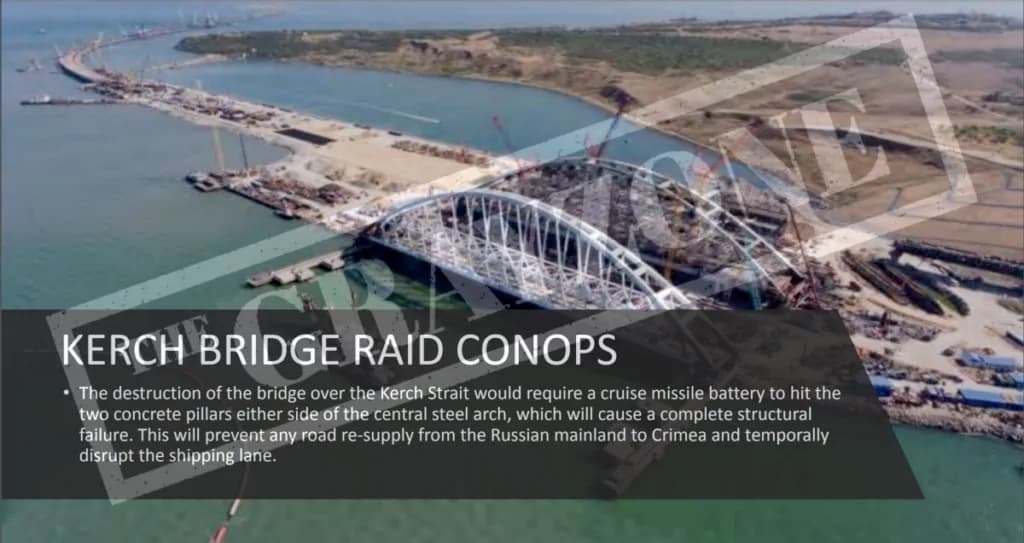 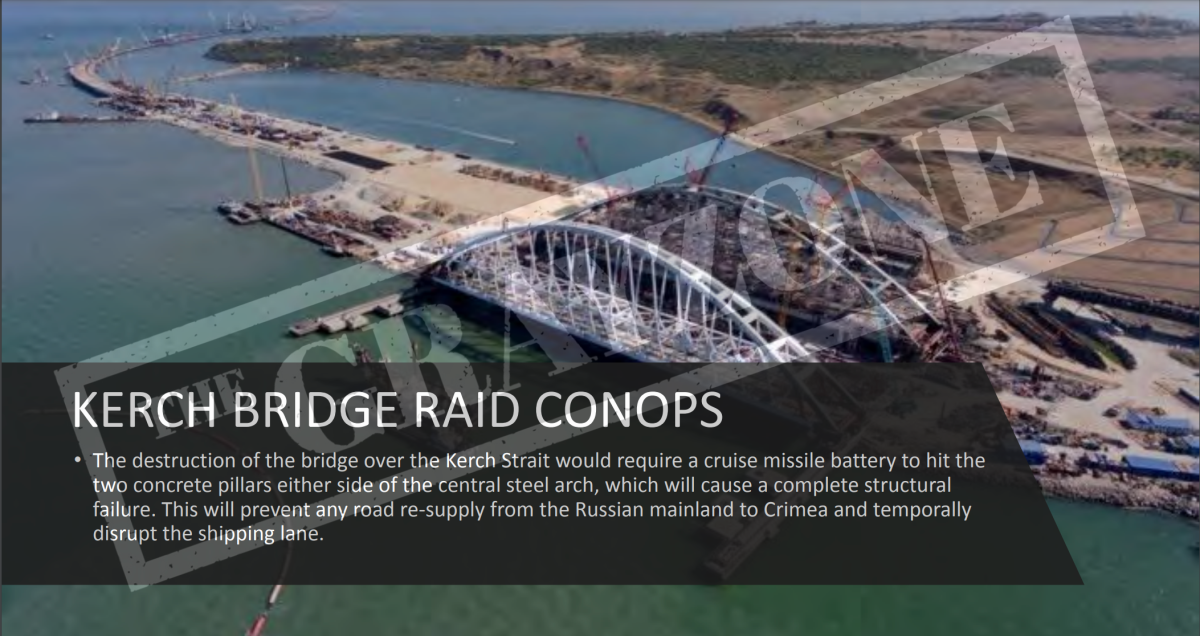 The secret British intelligence plot to blow up Crimea’s Kerch Bridge is revealed in internal documents and correspondence obtained exclusively by The Grayzone.

Included in the article is an interview with the journalist Kit Klarenberg – U.K. TERROR ATTACK crosses the line in Crimea, as Putin UNLEASHES fury | Redacted with Clayton Morris 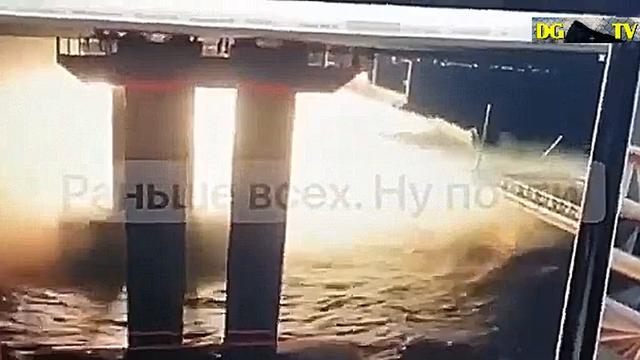 Another version of the Crimean Bridge Explosion

This video is featured on Gibraltar Messenger: West has now set a course on total terrorist warfare – https://gibraltar-messenger.net/ww3/west-set-course-terrorist-warfare/

Another version of the Crimean Bridge Explosion 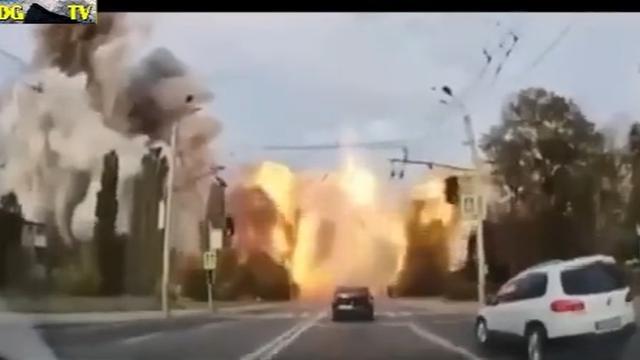 For more information on this story see: Russia Starts To Fight For-Real: Overview Of Strikes In Ukraine https://gibraltar-messenger.net/ww3/overview-of-russian-ukraine-strikes/ 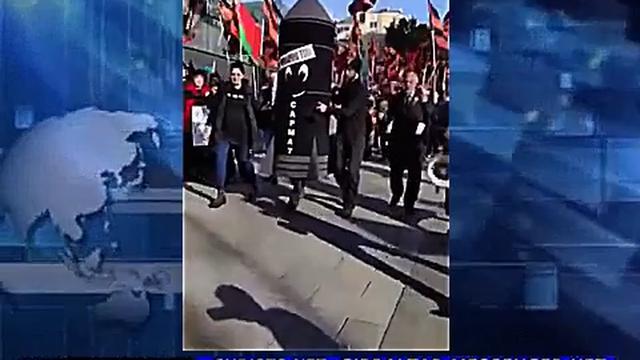 This video is featured on Gibraltar Messenger: Russia Starts To Fight For-Real: Overview Of Strikes In Ukraine - https://gibraltar-messenger.net/ww3/overview-of-russian-ukraine-strikes/

Russian president says he does not seek Ukraine's destruction 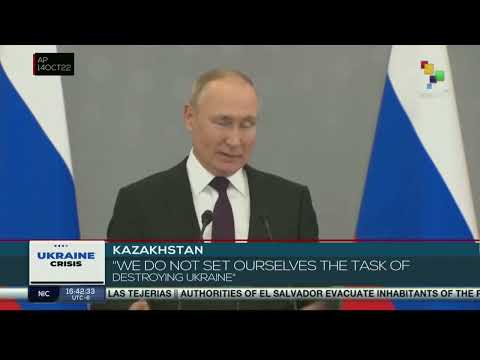 Putin - "They cut the water supply to the Crimean Peninsula where 2.5 milllion people live. Troops had to move in and open the water supply. This is an example of our logic. If the first action hadn't occurred, there wouldn't have been a need for a counteraction. We'll have to think twice now, after the Crimean Bridge has been damaged, how important it is for Russia to ensure communication with Crimea by land."
@DG-Truther-Videos

There is a clear British trace in the terrorist attack on the Crimean bridge, British citizen Christopher Nigel Donnelly should be checked for involvement in the explosion at the crossing. This was announced on November 7 by Andrey Lugovoi, First Deputy Head of the State Duma Committee on Security and Anti-Corruption.

“I sent a request to the Prosecutor General of the Russian Federation Igor Krasnov with a request to check the activities of British citizen Christopher Nigel Donnelly for involvement in the terrorist attack on the Crimean bridge. A carefully thought-out plan of a terrorist operation, multi-movement and coordination - everything points to the involvement of Western intelligence agencies acting on the orders of the British government, ”he wrote on Telegram .

Lugovoi added that Donnelly had already proposed "mining the Sevastopol Bay" in 2014 and is now one of the likely participants in the terrorist attack in Crimea.

In addition, the Briton conducts anti-Russian activities. In particular, Lugovoi pointed out, Donnelly became the initiator of the EXPOSE Network project to inspire protest movements in Russia. Also, to combat “Kremlin propaganda and disinformation,” Donnelly established the Institute of Public Administration, launched the Integrity Initiative program.

A part of the Crimean bridge was damaged as a result of a truck explosion on it on October 8 on the automobile part from the side of the Taman Peninsula. As a result, seven fuel tanks of the railway train caught fire, which led to the partial collapse of two car spans. The fire and explosion killed four people .

On October 12, the FSB reported that the explosive device was hidden in rolls with construction polyethylene film on 22 pallets with a total weight of 22,770 kg. The organizer of the terrorist attack in the Russian Federation was called the Main Directorate of Intelligence of the Ministry of Defense of Ukraine , headed by the head Kirill Budanov. On the same day, it became known about the arrest of eight people involved in the attack . Among the defendants are citizens of Russia, Ukraine and Armenia.

As Deputy Prime Minister of the Russian Federation Marat Khusnullin said on November 7, the builders have begun transporting the first finished span of the Crimean bridge to the installation site. A metal structure weighing more than 300 tons is transported on a multi-wheeled self-propelled module, he pointed out. On November 8, from 04:00 to 16:00 Moscow time, there will be restrictions on car traffic on the Crimean bridge due to repair and restoration work .

In addition, on November 4, it was reported that until December 11, due to repairs on the Crimean bridge , the Tavria train schedule would change . The changes relate to the passage of the Taman station and stations located on the territory of the Crimean peninsula.

Marat Khusnullin earlier, on November 2, said that the destroyed part of the Crimean bridge would be restored in December . He expressed hope for a full solution to the problem of transport security of the Crimean peninsula. 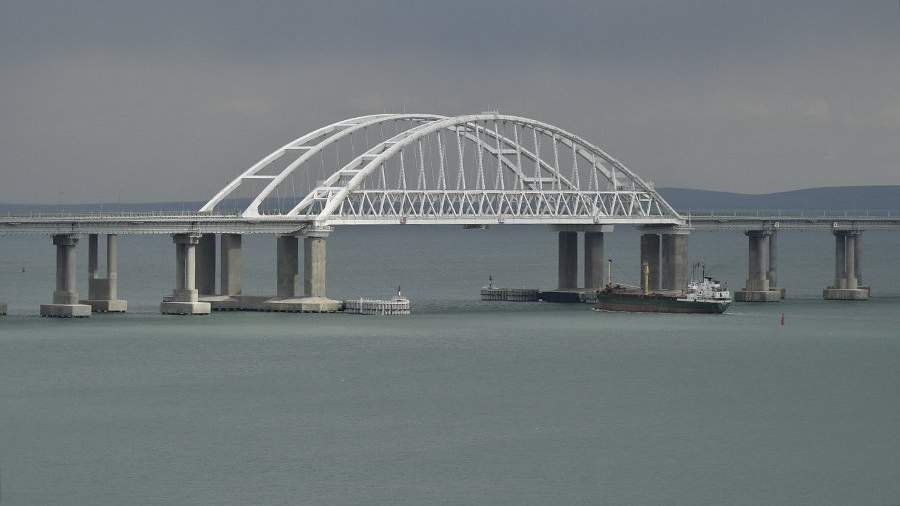