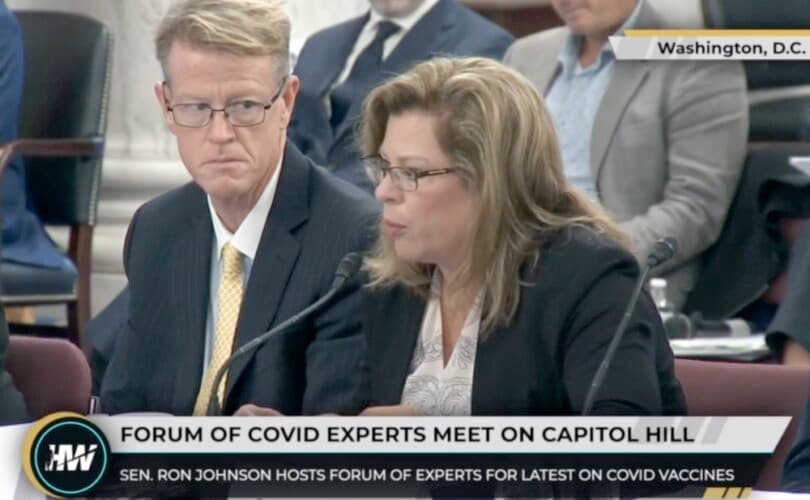 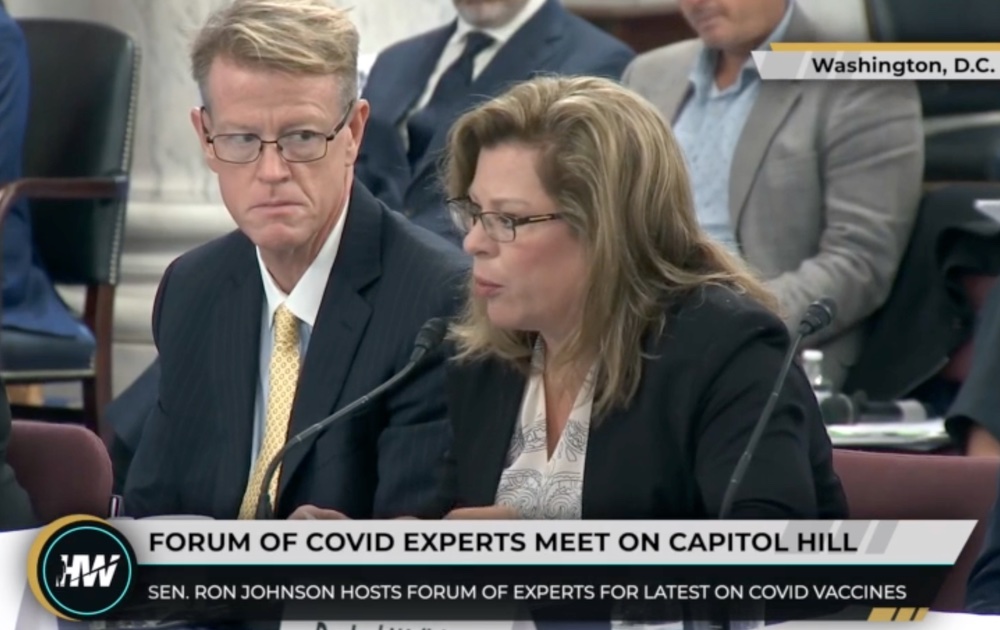 In a Wednesday roundtable discussion hosted by US Sen. Ron Johnson, Dr. Janci Lindsay said ‘there is no way that we can say at this point that [the shots] are safe nor effective.’

Toxicology expert with over 30 years of scientific experience issued a stark warning Wednesday about the potential reproductive harm she believes could be caused by the mRNA COVID jabs. She said more research is needed to determine the shots’ effects on reproduction.

In a Wednesday roundtable discussion hosted by U.S. Sen. Ron Johnson of Wisconsin, Dr. Janci Lindsay warned that the COVID-19 jabs could “potentially sterilize an entire generation” or else “be passed on to next generations as inadvertent gene transfer.”

Accordingly, Lindsay argued that it is “absolutely irresponsible to continue any of these shots” for children and people of child-bearing age “without investigating this,” explaining “there is no way that we can say at this point that they are safe nor effective.”

She ended her short address by calling for an investigation into the jabs’ potential danger to human reproduction.

According to her company’s website, Lindsay boasts “extensive experience in analyzing the molecular profile of pharmacologic responses as they pertain to the dose/response relationship.” The medical professional has also conducted risk assessments and evaluated “the toxicological profile of a variety of consumer and industrial products,” according to her profile.

At the Wednesday discussion, where she was joined by the likes of Dr. Peter McCullough and Dr. Robert Malone, Lindsay said that the Pfizer and Moderna COVID shots don’t just stay in the arm at the injection site, but rather spread throughout the body.

“We were told initially that it would just stay in the arm, but it does not. It ends up being distributed throughout the entire body for both Moderna and Pfizer,” she said, adding the “caveat” that Moderna’s jab contents haven’t been found in the kidneys.

According to Lindsay, the jabs have the “potential to cause immense reproductive harm and potentially sterilize an entire generation.”

“This has not been looked into and it must be looked into,” Lindsay said. “I am demanding now that this be investigated.”

Lindsay’s arguments pushing back against the prevailing narrative regarding COVID-19 shots have unsurprisingly been met with criticism. Health fact-check site HealthFeedback argued that Lindsay’s arguments were “inaccurate,” explaining that “COVID-19 vaccines aren’t gene therapy as they cannot modify human DNA,” and that “COVID-19 vaccines don’t cause any fertility problems in men or women.”

However, not all experts agree that the mRNA jabs are not actually gene therapies.

In September of last year, mRNA technology pioneer Dr. Malone argued that the use of mRNA in COVID jabs amounts to “gene therapy applied to vaccines”, and backed up the concerns of skeptics who he said “have a right to be wary about a new technology that is not well understood,” LifeSiteNews previously reported.

Meanwhile in October 2021, the president of Bayer’s Pharmaceuticals Division called the mRNA technology found in Pfizer and Moderna’s COVID shots a “cell and gene therapy”, and joked that without the appearance of the coronavirus the general public wouldn’t have rolled up their sleeves to take it.

“If we had surveyed two years ago in the public – ‘would you be willing to take a gene or cell therapy and inject it into your body?’ – we probably would have had a 95% refusal rate,” he said.

Moreover, some experts disagree with those who have waved away worries about the jabs’ potential impacts on human reproduction.

A recent study that found high rates of menstrual abnormalities post-vaccination has contributed to concerns about the jabs’ impact on the female reproductive system. In addition, a peer-reviewed study found a decline in male fertility in the months immediately following reception of Pfizer’s mRNA COVID shot.

In February, a Swedish study suggested mRNA technology could potentially be integrated into DNA cells, contradicting the CDC’s assurance that the COVID jabs won’t modify DNA.

In November, board-certified obstetrician-gynecologist and maternal fetal medicine physician Dr. James A. Thorp called the rollout of the COVID jabs for pregnant moms “the greatest disaster in the history of obstetrics and all of medicine.”