Destruction could be beyond the imagination, if not regulated. Is it life? or Creating a character in the game?

Destruction could be beyond the imagination, if not regulated. Is it life? or Creating a character in the game? 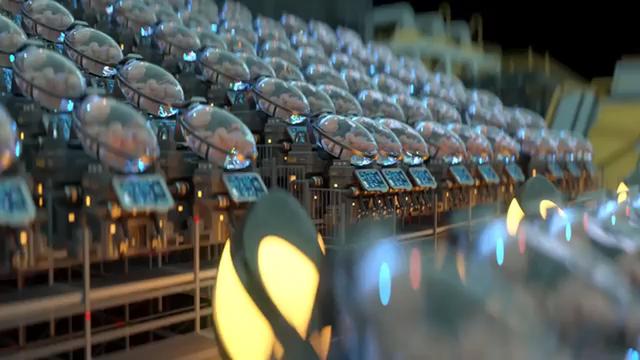 For further research see the post/thread at Defending-Gibraltar that contains this video: Ectolife (Artificial Womb) — Too dangerous if made real. https://defending-gibraltar.net/t/ectolife-artificial-womb-too-dangerous-if-made-real/4375 To survive …

FacilityThe world’s first artificial womb facility, EctoLife, will be able to grow 30,000 babies a year. It's based on over 50 years of groundbreaking scientific research conducted by researchers worldwide.

Taken from you-tube link under video.

I love technical innovations and I often feel fascinated, when I understand an innovation or idea.

I had mixed feelings when I heard about Neuralink for the first time. I discussed it in my blog related to Neuralink.

For the first time, I felt terrified by watching this Ectolife concept. Hashem Al-Ghaili is the man behind this concept.

As explained in the video, this concept can solve the problems of Surrogacy and infertility issues. Yes, it might sound great for those, who faced those issues but I believe that there will be a lot of differences between machine-reproduced babies and human-reproduced babies.

The reproduction system is a part of living things’ lifecycle. When speaking particularly about humans, few of them might face problems related to the reproduction system, whereas others might face issues with different organs in the body (which is quite common and acceptable) because, as far as I know, there isn’t a perfect human being exist till date (with not even a small problem related to health in his/her lifetime).

The entire concept is a concern for me, but in specific, I would discuss a couple of aspects, in which I am more concerned.

Concern: What about the RADIATION effect? most of the sensors cause at least a slight effect of radiation. Wouldn’t there be any effect of SOUND WAVES and ELECTROMAGNETIC WAVES (which are responsible for sound waves)?

Genetically engineering the embryo before implanting it into artificial wombs?

Concern: This is the biggest concern I have. I believe every one of us is unique in this world because of our genes, which are inherited from our ancestors. Now, if we have the power of altering the genes of a person — choosing the height, weight, physical structure, skin tone, etc. Are we creating a character in a video game? — If everyone alters their genes and can become strongest and fair, then isn’t it a cause for war to kill others to survive in the competition and only one exists (to become unique)?

I don’t back Ectolife at any cost, even if there are a couple of positive aspects like fixing inherited genetic diseases and as an alternative for couples with infertility issues. I can’t imagine a world where Ectolife and Neuralink combine with no regulation exists around. It becomes a disastrous world to live in and I wouldn’t wish to be in such a place, where these two concepts become reality and function as they want.

The man behind this: Hashem Al-Ghaili (born August 11, 1990) is a Yemeni molecular biotechnologist, science communicator, director and producer. He is best known for his infographics and videos about scientific breakthroughs.[1][2][3][4]

Al-Ghaili's work in science communication gained the attention of science news sources and social media users alike.[5][6][7] His images have accrued large numbers of followers on popular social media outlets such as Facebook and Imgur with over 5 million weekly views.[8][9] As of 25 November 2018, he has over 10 billion total views and over 30 million followers on his Facebook page.[10][11][12][13]