by Arthur Firstenberg – Featured on The Truthseeker 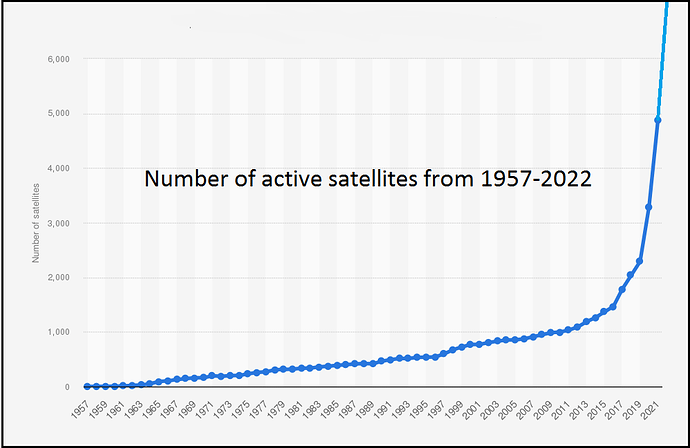 On the evening of Thursday, December 8, 2022, OneWeb launched 40 satellites from Cape Canaveral, Florida, bringing the total number of active satellites in orbit around the Earth to more than 7,000. These cell towers in space are altering the electromagnetic environment of the entire planet and are debilitating and exterminating all life on it.

Even the first fleet of 28 military satellites launched by the United States caused a worldwide pandemic of influenza when they became operational on June 13, 1968. The Hong Kong flu began in June 1968, lasted through April 1970, and killed up to four million people worldwide. To understand why requires a proper understanding of our connection to the universe and what it is that really gives us life and health, and makes our bodies move. In a sense, we are all puppets on invisible strings that connect us to heaven and earth, strings that resonate at the age-old frequencies of the biosphere in which we live, the space between Earth and Sky, whose dimensions never change. And when we modulate and pulsate those strings at random from thousands of locations in space, we change the beautiful music of the earthly orchestra into a discordant chaos that scatters bodies all over the world, helpless before it.

On March 24-25, 2021, the chaos was brought to a new level, that the world now accepts as normal. In that 24-hour period, a record 96 satellites were launched into space on a single day—60 by SpaceX and 36 by OneWeb—and on the same day SpaceX dramatically increased the speed of its satellite internet connections. On that day, people all over the world suddenly could not sleep, were weak and exhausted, had muscle spasms, and hurt and itched all over, especially in their feet and legs. They had skin rashes, were dizzy and nauseous, and had stomach aches and diarrhea. The ringing in their ears was suddenly amplified. Their eyes were inflamed, and their vision suddenly worsened. They had heart arrhythmias, and their blood pressure went out of control. Some had nosebleeds, or coughed up blood. They were anxious, depressed or suicidal, and irritable. Their cats, dogs, chickens, goats and cows were sick at the same time.