Local taxi driver, John Charles Guy, happened upon a short-toed eagle that was attacked and brought down by nesting Peregrine falcons at the top of the Rock.

Injured and exhausted from the ordeal, as well as her long migratory journey, the eagle then found herself surrounded by angry macaques, who saw her as a predator invading their territory.

Together with his colleague Adrian Desoisa, Mr Guy used a tracksuit top and an umbrella to cover the eagle and fend off the monkeys.

He then handed the bird over to the GONHS Raptor Unit. The unit's Vincent Robba told GBC the eagle had a blood clot in her eye from what were likely repeated attacks by Peregrine falcons, and was also very thin and dehydrated.

The Raptor Unit will now work to treat the clot and bring the bird's weight up, with the aim of hopefully releasing her back into the wild when fully recovered. 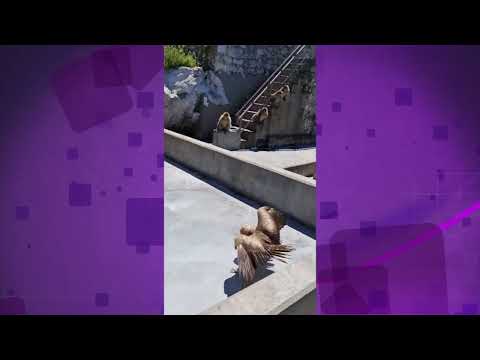 It's been a busy week or two for the Ornithological and Natural History Society's Raptor Unit, with a number of migratory birds rescued after being downed by seagulls, Peregrine falcons, or simple exhaustion.

Seven raptors, including griffon vultures, booted eagles and a short-toed eagle, were rescued in just one day on Wednesday, and taken to the unit's sanctuary for rehabilitation.

One bird that was ready to be released back into the skies was a griffon vulture saved from the sea this past weekend.

Our reporter Christina Cortes joined the Raptor Unit's Vincent Robba at the top of the Rock. 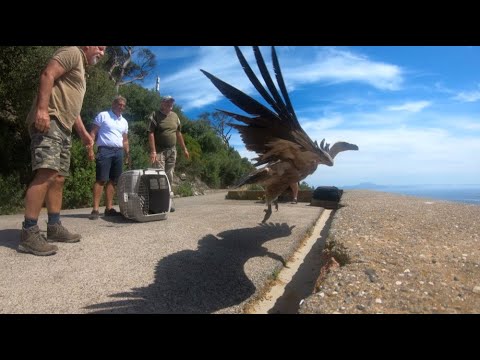