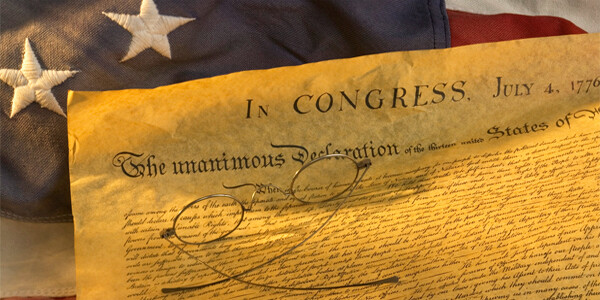 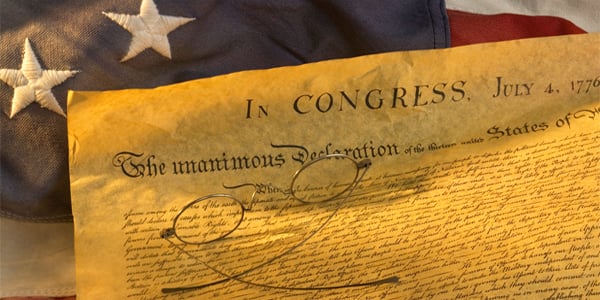 Prominent vaccine inventor Dr. Robert Malone and former Trump economic adviser Peter Navarro have published a "declaration of independence" from the federal government's forced universal vaccination policy, contending the "quasi-vaccines" in use are...

They argue in the Washington Times that, unlike smallpox and polio, a vaccine cannot eliminate a respiratory disease like COVID-19.

Yet, amid growing evidence the "leaky" vaccines don't stop infection or transmission and can make people even more vulnerable to COVID-19, "the Pied Pipers of forced vaccinations are demanding ever more 'booster' jabs" to fight the omicron variant, which while highly contagious generally produces mild symptoms, if any, they write.

"The virus is now so thoroughly embedded in global populations that, like the common cold and flu, it will be with us for the foreseeable future," Malone and Navarro say. "It is long past time to substitute Dr. Fauci’s increasingly frantic 'vaccine' as a silver bullet fantasy for this reality: The genetic vaccines and overall Fauci/Biden policies have utterly failed to meet their public health objectives — even as life insurance executives such as OneAmerica CEO J. Scott Davison are on fire concerning the overall high mortality rates they are observing in their data."

The reference was to Davison's disclosure, as the head of a $100 billion insurance company, that all-cause deaths have spiked an astonishing 40% among people ages 18-64 compared to pre-pandemic levels. It's an unprecedented rate that is four times higher than a once-in-200-year catastrophe.

Malone is the original inventor of the mRNA vaccine technology that forms the core of the Pfizer and Moderna COVID-19 vaccines. Navarro, in the Trump White House, assisted in the rapid development of the COVID vaccines through "Operation Warp Speed."

They reference the evidence that SARS-CoV-2 appears to be a "bioweapon genetically engineered at the Wuhan Institute of Virology using gain-of-function technologies transferred to China by Dr. Anthony Fauci’s National Institutes of Health bureaucracy."

"China’s virus has killed millions, undermined the economies of China's rivals and destabilized Western-style democracies through panicky authoritarian measures such as vaccine passports, economic lockdowns and mask/vaccination mandates," they write.

Malone and Navarro contend the "quasi-vaccines are significantly riskier than public health officials have disclosed."

"They can trigger serious cardiac and thrombotic conditions, menstrual cycle disruptions, Bell’s palsy, Guillain-Barre syndrome and anaphylaxis. Male children appear particularly prone to myocarditis, while, post-vaccination, individuals may have suppressed immunities that make them vulnerable to other diseases."

Fauci and Big Pharma executives such as Pfizer CEO Albert Bourla have exercised the "noble lie" to encourage universal vaccination," they write, which has been "disseminated by outlets such as CNN and MSNBC and reinforced by systematic Big Tech censors like Facebook and Google determined to hide reality from the public — even as drug company lawyers work to avoid data disclosure that would inform us otherwise."

They call for a strategy of building herd immunity by reserving vaccination for the most vulnerable -- the elderly and those with serious underlying conditions -- while "flooding our communities with cheap, safe and efficacious therapeutics freely prescribed in early treatment by personal physicians."

"It should go without saying that healthy normal children should not be treated with experimental medical products," they write. "This is particularly true given that over half the nation's children have already developed the enhanced natural immunity engendered by infection, and the risk of side effects of the Pfizer/BioNTech product is higher in those that have developed natural immunity."

They point to "abundant research" showing hydroxychloroquine and ivermectin, in particular, "can significantly moderate symptoms, reduce hospital stays, eliminate the need for a ventilator, and take death off the table when administered in 'early treatment' after symptoms begin."

"Both are not just far cheaper than the new antiviral pills approved by the FDA and pimped by Merck and Pfizer. They are safer and likely more effective."

Malone and Navarro warn, based on basic principles of virology, that universal vaccination could produce a "doomsday scenario."

"If the Biden/Fauci doctrine were based on sound science and a workable strategy, and if omicron were causing severe disease and death, trading freedom for reduced risk might be barely tolerable," they argue. "But this current frantic madness cuts against the grain of both current data and every scientific principle we know."

Bannon asked Malone about the 270 scientists who wrote an open letter to Spotify calling for the platform to stop Joe Rogan from spreading "anti-vax misinformation" and "baseless conspiracy theories" after the podcaster's interview with Malone drew more than 50 million views.

"If you're a doc that have been preaching 'give the jab to everybody,' and your patients are now coming in and saying, 'hey, I saw this Joe Rogan podcast,' you're in a bind, because you've been telling your patients a lie all the way along," Malone replied.

The easiest thing for them to do, he continued, is to "come up with some story that this guy is crazy and that it's all misinformation."

Malone said the letter will only serve increase the viewership of the Rogan podcast.

Early in his career, Malone was involved in the development of an AIDS vaccine. He then worked for the prestigious Salk Institute in gene therapy research, where he helped develop the mRNA vaccine technology, garnering 10 patents. He eventually transitioned from academics to working for a vaccine company that had contracts for all of the biodefense products for the Defense Department. He has run more than 100 clinical trials, mostly related to vaccines but also in drug repurposing.

He has won billions of dollars in federal grants and contracts, and he often is brought in by the National Institutes of Health to serve as a study section chairman for awarding $80 to $120 million contracts in vaccines and biodefense.

In the interview with Rogan, he said he has spent countless hours at CDC meetings and has many friends at the agency and in the intelligence agencies.

Fauci has been the director of the National Institute for Allergy and Infectious Diseases since 1984.