DOES SIR JOE TAKE A SHOT AT PICARDO?

DOES SIR JOE TAKE A SHOT AT PICARDO?

If the economy suffers, the receipts in our public coffers will suffer, that with Sir Joe Bossano admitting, in his Budget speech in Parliament that “we are in a hole”. However, he repeatedly denie…

If the economy suffers, the receipts in our public coffers will suffer, that with Sir Joe Bossano admitting, in his Budget speech in Parliament that “we are in a hole”. However, he repeatedly denies having responsibility for public finances, saying that he is charged with the economy. That may be so technically, but are the two not inseparable?

He claims there is an economic way forward, but that it will not bear fruit for “a couple of years”. So, what do we do to make ends meet in our public finances in the meantime? Our public finances, which along with most others, have been further decimated by COVID.

Sir Joe’s denial of not having responsibility for public finances is questionable.

He has publicly said on various occasions that public finances, as they currently stand, are unsustainable. Further, in his Budget Debate contribution, he alluded to public finance difficulties that were already present. 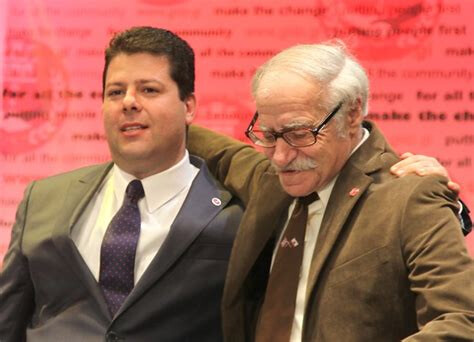 Will Gibraltar lose its 6 mortgaged public housing-estates that are collectively continually £5,000,000+ in rent-arrears?

Now that Joe Bossano and Der Fuehrer Picardo have been forced to admit that the Gibraltar finances are in a hole, from their reckless mismanagement, how are they going to service the £300,000,000 loan payments that they put the public housing-estates up as collateral for?

Will Gibraltar now, through Picardo's recklessness, lose ownership of the housing estates, and was that the devious plan all along? Let the creditors deal with the rent arrears?

Who loaned the £300,000,000 that Picardo has kept a secret? Was it the Chinese Communist Party (CCP), perhaps using front companies to hide who is really behind it? If not, will the creditors sell the debt to the CCP that is buying up property all over the world, to establish themselves in critical locations with ports and airports, like Gibraltar?

Will the tenants of the 6 housing-estates, who are in arrears with their rent, become homeless, to make room for the Atheist Chinese Communists to take over Gibraltar from?

Oh, what a tangled web they weave, when first they practise to deceive.

Sounds like The Rock is on the Rocky Road to Ruin, from consistently rejecting my advice for almost 40 years. When will you ever learn?

Politicians (unlike everyone else) are the only ones who when they do wrong or fail on the job, they do not get demoted or fired. Rarely any repercussions, if any. Oftentimes, they get a raise.