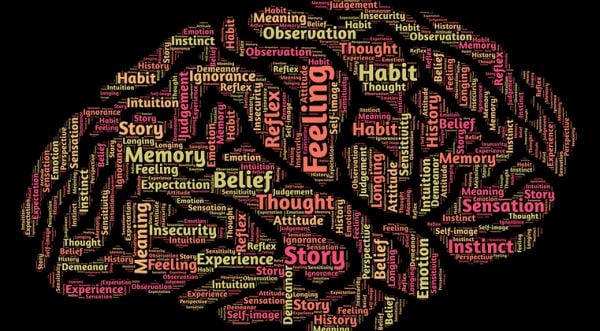 A Maine medical licensing board has temporarily suspended the license of a veteran physician for allegedly spreading "misinformation" about COVID-19 as it conducts a 30-day investigation that will require her to undergo a psychological examination.

A Maine medical licensing board has temporarily suspended the license of a veteran physician for allegedly spreading "misinformation" about COVID-19 as it conducts a 30-day investigation that will require her to undergo a psychological examination.

Dr. Meryl Nass, who been a board-licensed internal physician for more than 40 years, was the subject of two complaints based, among other things, on her statements that the vaccines have serious safety issues and are ineffective at stopping infection and transmission of the virus. She called the Centers for Disease Control and Prevention a "criminal agency," pointing out that federal health officials have suppressed the use of hydroxychloroquine and ivermectin to treat COVID while pushing newer, more expensive treatments.

In a five-page order addressed to Nass, Maine's Board of Licensure in Medicine explained why it has the authority to order a psychological examination, reported Maine Public, an affiliate of National Public Radio.

The board said that "in the interests of public health and safety," it "may compel a physician to submit to a mental or physical examination upon a complaint or allegation that the physician is or may be unable to practice medicine with reasonable skill and safety to patients by reason of a mental illness, alcohol intemperance, excessive use of drugs, narcotics, or as a result of a mental or physical condition interfering with the competent practice of medicine."

Along with her practice, Nass is a biological warfare epidemiologist who has developed a model for analyzing epidemics to assess whether they are natural or man-made. She has testified to Congress six times and to several state legislatures on bioterrorism, Gulf War syndrome and vaccine safety. She has consulted for the World Bank, the Government Accountability Office and the U.S. Director of National Intelligence regarding the prevention, investigation and mitigation of chemical and biological warfare and pandemics.

In a response on her blog, Nass said the board is attempting to abridge her constitutional rights.

"The Board has apparently realized they do not have the evidence to convict me of anything, so they are now going on a fishing expedition, asking for a list of every patient I have seen during the past six months, and much much more," she said.

Nass pointed out that there "has not been a single complaint by a patient, not one," she has "never been accused of malpractice, not even once, in 41 years of practicing medicine," and is "well known for successfully treating very challenging cases of chronic, undiagnosed illnesses."

"The Board has tried to turn my exemplary care of patients and one missed phone call (the doc had left the hospital when I called back) into a charge of negligence," she said. "And then into a charge of cognitive decline or psychiatric illness."

Nass said it "seems that if you do not support vaccinations that the CEOs of Pfizer and BioNTech have now deemed practically worthless, and you treat patients with usually effective, legal medicines like ivermectin and hydroxychloroquine, then everything you do must be wrong and you must be stopped, whatever it takes."

"And what about the patients who want their COVID treated with methods other than those prescribed by the NIH of Tony Fauci, Francis Collins and Lawrence Tabak, all of whom conspired to cover up the lab origin of COVID and take down the esteemed physicians who wrote the Great Barrington Declaration?" she asked.

"The Board wants to cut off these patients' access and deny them any choice."

Board 'tripped over this one'
Maine Public reported she disclosed in a briefing for lawmakers that she was forced to lie to ensure a high-risk patient could be treated for COVID-19 with hydroxychloroquine, telling a pharmacist who telephoned her asking for the diagnosis that it was another condition.

"And so I lied and said the patient had Lyme disease, which is another legitimate reason to get this drug,” Nass said at the briefing in which she appeared with other doctors critical of Maine’s vaccination mandate for health care workers. "And so the pharmacist dispensed the medication only because I lied. If I had said the patient was getting it for COVID, they would not have received the drug."

On Friday, Nass addressed the incident on her blog, saying it should not have been unnecessary for her to lie, since hydroxychloroquine is licensed without restriction. But Maine's Pharmacy Board had threatened pharmacists, and nearly all of them stopped dispensing both ivermectin and hydroxychloroquine.

"Even the AMA Code of Ethics says duty to the patient is the doctor's primary responsibility. But I am not sure the Board would understand an ethical code if it tripped over one," she wrote. "I think it tripped over this one."

A list of 25 questions that the board plans to send to Nass includes one asking for data to support her claim that hydroxychloroquine and ivermectin are "effective treatments" against COVID.

The board also asked for medical data to support her statement in a September blog post that COVID vaccines are "associated with high rates of miscarriages."

In an interview last month with Maine Public, Nass said she did not recommend or discourage vaccination but spells out for patients the benefits and risks to help them decide for themselves.

Nass said in an interview with Maine Public that she welcomed the scrutiny.

"And I am very happy to discuss in any forum, in front of any board, in front of the board of licensure in Medicine how to treat a COVID patient,” she said. “I have plenty of experience."

Another Maine physician, Dr. Paul Gosselin, had his license temporarily suspended by the Maine Board of Osteopathic Licensure in December after receiving complaints about "misinformation." A hearing in his case is expected later this month.

'Clearly you have to be nuts'
Steve Kirsch, the executive director of the Vaccine Safety Research Foundation, commented on Nass' suspension on his Substack page.

Kirsch, a Silicon Valley entrepreneur who has applied he number-crunching skills to the pandemic, published an email he received from Nass on Tuesday.

"I lost my license today," she wrote. "And I was ordered to undergo a Neurocognitive assessment. Clearly you have to be nuts to think there’s anything wrong happening in our world today. But when both CEOs of Pfizer and [BioNTech] say their vaccines don't work, the narrative ship is turning."

Kirsch asked: "Do you see now why no physician is going to oppose whatever the mainstream thinking is? This is why so many people have died: physicians realize that they are not allowed to challenge the narrative."

Kirsch said that when the public "sees no physicians speaking out against the lunacy of the vaccines and masking, they believe it more and more."

"It may take a while, but this is not going to end well for the medical community, Congress, the HHS agencies, universities, businesses, and the mainstream media."

@theysayitsrare
111 Telephone call to an out of hours Dr in Chichester, UK (20 hours ago) - When diagnosing this woman with an adverse reaction over the telephone, The Dr advises against taking any more and explains that she believes they are about to get pulled - due to new data on safety 💥 https://t.co/HVG1dLbEws

My biggest fear now is that it’s going to get violent. When the truth comes out we must do all we can to stop that & show compassion to those who got it very VERY wrong.This is not individual failure but that of a corrupted system that needs to be dismantled & rebuilt TOGETHER!