August, a slow month for everything, including news, leaves open time to muse about much, not least, the state of democracy in Gibraltar. It is in the sad place that it has always been, not only in…

August, a slow month for everything, including news, leaves open time to muse about much, not least, the state of democracy in Gibraltar. It is in the sad place that it has always been, not only in an institutional sense, but in the reality of how we are governed, and the dangers of that, when fundamental issues happen, like the surprise resignation of the Commissioner of Police, or are on the cards, like an EU ‘deal’.

Institutional because we do not have widely recognised and accepted democratic checks and balances.

The manner of government, because our chief ministers, from time to time, get to understand this lack, and so feel free to and act, in the self-belief that they do so for the greater good, against the interests of democracy, with little or no consequences to them.

Right now, we have Fabian Picardo, leader of the GSLP and Chief Minister, saying and doing as he pleases in many areas. He does so constantly, whilst contradicting his public promises and statements in Parliament.

Behaviour of that nature does not provide comfort when it comes to matters of grave importance. At present, the main issue is, what happens to Gibraltar at Brexit?

CURRENT EXAMPLE OF A FAILURE

One prime current example of not living up to what he says is his failure to start the promised inquiry into the sudden and peculiar resignation of the last Commissioner of Police, Iain McGrail. That together with the inability of the GSD Opposition to force action on the inquiry, despite its public campaign to seek that it happens, and its promise to ensure that one goes ahead, if it is elected to government.

A year ago, Mr. Picardo said in Parliament that it would take a few weeks to appoint a judge to lead the inquiry, which, he said also, would be held quickly. Nothing has happened to date.

Instead, he reveals his failure to keep a commitment made to Parliament, and so the people, by publicly saying that his Government has not committed to a date for the inquiry. So, what happened to ‘weeks’ and ‘quickly’?

What does this show? Primarily that the words of a chief minister to Parliament can be empty and meaningless. Additionally, that a government, specifically a chief minister, is untouchable during its term of office.

The TRUTH about Democracy.

The politicians would have us all believe that this is the will of the majority. That is the politician's idea of what they call democracy.

When did the 95% of people, the overwhelming majority, ever vote for the right for themselves to be poor and vote for the tiny 5% minority to possess their own (the poor people's) share of the nation's wealth, that the poor majority's ancestors have fought and died to protect?

The Ruler of the Universe has prohibited democracy because He knew that the rich would use it and other means to deceive and rip everyone else off; keep the majority down and poor; just as He wrote, via His Prophets in The Bible.

He gave the world, via Moses, the perfect system of government, under which there is no poverty; no poor people and consequently no need to resort to crime to survive.

Democracy, which has become the Cure-all Mantra, quoted incessantly by all western politicians, is a LIE and a confidence-trick 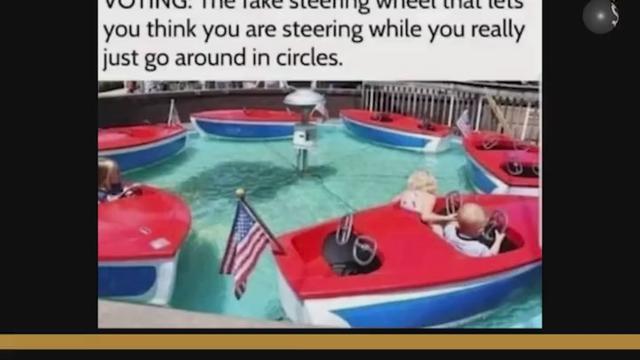