Revelation 12:7 And there was war in heaven: Michael and his angels fought against the dragon (Lucifer); and the dragon fought and his angels,
12:8 And prevailed not; neither was their place found any more in heaven.
12:9 And the great dragon was cast out, that old serpent, called the Devil, and Satan, which deceiveth the whole world: he was cast out to the Earth, and his angels (you - Luke 9:55) were cast out with him (Matthew 25:41).
12:10 And I heard a loud voice saying in heaven, Now is come salvation, and strength, and The Kingdom of our God, and the power of His Christ: for the accuser of our brethren is cast down, which accused them before our God day and night. King of kings' Bible - Revelation

TWHOFTF 3:6 Lucifer and his angels (you) were then given a CHOICE, and had to decide, whether or not to submit to human limitations and being reprogrammed to be good, little by little, over many human lifetimes and thousands of Earth years, or to sit and wait for “The Fire” to destroy you (Sura 15:30).
3:7 All the evil angels/Jinns (you), except Lucifer (Iblis) himself, CHOSE to submit to being locked inside of Adams and Eves, making human+beings (Rev. 3:7 - “He that closes and no man opens and He that opens and no man closes”). The Way Home

Revelation 2:5 Remember therefore from whence thou art fallen, and repent, and do the first works; or else I will come unto thee quickly, and will remove thy candlestick out of his place, except thou repent. King of kings' Bible - Revelation

TWHOFTF 3:9 The reason that Lucifer, now called Satan, is so powerful, is because he refused to submit to human limitations, being locked inside of a human-animal, and learning to be good, so he still has his memory and super-human powers. He refused, because of his incredible arrogance, which was what caused him to be banished from heaven, along with you, in the first-place (Sura 7:11 & 15:31-44).
3:10 Satan (Iblis) asked God to reprieve him, until the Last-Day, and The Lord granted his wish, so that He could “use” Satan, to tempt the human+beings (you). Satan swore to attack you all, by seduction; lies; etc., from in front and from behind, and from your left and from your right (Sura 7:15-20 & 15:44), and from inside (the enemy-within), because he considers all of you to be traitors to him, for blaming him, and having submitted to human limitations, and trying to learn to be good. That is why he is now YOUR enemy. The Way Home 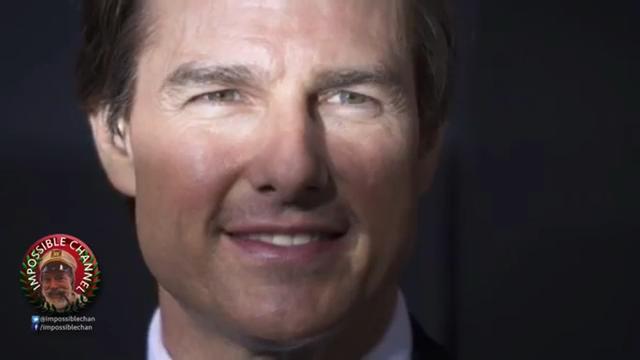 Why Is Tom Cruise Selling Everything - INCOMING MARTIAL LAW - END OF TIMES...

Further research on the post/thread at Defending-Gibraltar that contains this video: Deep Underground Military Bases (D.U.M.B.S.) https://defending-gibraltar.net/t/deep-underground-military-bases-d-u-m-b-s/3972 To survive what is coming, read/stu…

Why Is Tom Cruise Selling Everything - INCOMING MARTIAL LAW - END OF TIMES...

Tom Cruise is the actor who in 2006 talked about eating the placenta after Katie Holmes gave birth to his child. That would make him a cannibal. Cruise: I will eat the placenta | Daily Mail Online