Datacentrepricing.com (DCP) has completed new research into the countries* that surround the Mediterranean Sea, providing a unique survey for the first time of Data Centres in the region.

Datacentrepricing (DCP) has completed new research into the countries* that surround the Mediterranean Sea, providing a unique survey for the first time of Data Centres in the region. " The Mediterranean region has a population of around 500 million, served by just under 500 facilities with DC raised floor space of 1 million m2."

The abundance of sub-sea cable connectivity: The Mediterranean is well served by sub-sea cables connecting Europe with Africa, the Middle East & Asia. There are also cables planned from Portugal which will connect to South America. But not all countries have become a landing point hub. In France, Marseille has become a content hub which has generated a Data Centre cluster specialising in the hosting of content services to Africa, the Mediterranean, Middle East & Asia using direct connections to sub-sea cables.

But for each country market there are three key drivers of growth impacting the Mediterranean region as a whole including: The introduction of cloud services: In those countries with a number of Cloud Service Providers (CSPs) present there is a clear impact on Data Centre usage. This is most clearly seen in the Israeli market, where AWS, Google Cloud Platform, Oracle & Microsoft all aim to launch cloud services in Israel in 2021 to 2022, with an increase in Data Centre revenues. 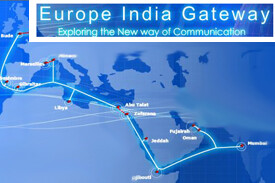 Gibraltar wasn't specifically named in this report, but Gibtelecom is a partner/investor in the Europe India Gateway sub-sea cable system, which has a landing point in Gibraltar. The EIG (EIG) is a submarine communications cable system that connects the U.K. Portuagal, Gibraltar, Monaco, France, Libya, Egypt, Saudi Arabia], Djibouti, Oman, United Arab Emirates, and India.