COVID Propaganda Roundup: How the Biomedical State Maintains the ‘All the Experts Agree’ False Consensus 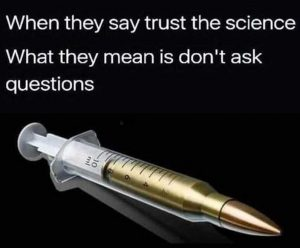 The purpose is to create a mirage of consensus in order to discourage real journalists or normal people from looking into matters themselves. This tactic is pervasive, but nowhere has it been more widely employed than in the COVID era.

Because, if three key facts were permitted to infect the public consciousness, they would inevitably result in mass upheaval of the ruling class that perches on top of society, feeding on it like vultures:

At every turn, the “experts” got it wrong.

So how does the biomedical establishment maintain the façade of legitimacy?

You’ve heard the talking point ad nauseam: “99% of scientists agree the vaccines are safe and effective.”

First of all, that figure is not vindicated by any actual polling; it’s just an offhand catchphrase.

Second, what happens to scientists who deviate from the “safe and effective” slogan?

“As director of the National Institute of Allergy and Infectious Diseases (NIAID), Dr. Anthony Fauci dispenses $6.1 billion in annual taxpayer-provided funding for scientific research, allowing him to dictate the subject, content, and outcome of scientific health research across the globe. Fauci uses the financial clout at his disposal to wield extraordinary influence over hospitals, universities, journals, and thousands of influential doctors and scientists—whose careers and institutions he has the power to ruin, advance, or reward.”

Epidemiologists at Harvard, Stanford, and Oxford – three of the most highly-regarded mainstream institutes of higher learning in the world – authored the Great Barrington Declaration in October 2020.

The gist of the document (which you can read here) is that a COVID Zero policy (the elimination of the SARS-CoV-2) virus in the population is a pipe dream. The social distancing and lockdown orders had devastating effects on public physical and mental health. Those at risk of severe illness or death from infectious disease should be protected while the non-vulnerable (the vast majority of the population) should resume normal life.

Those rational, science-based propositions should have been aired publicly in a healthy national debate.

But, predictably, open debate is not how Anthony Fauci and Francis Collins, NIH Director, do things. Instead of debating the merits of the Barrington Declaration, Collins sent an email to Fauci on Oct 8 (later leaked) that read:

“This proposal from three fringe epidemiologists… seems to be getting a lot of attention – and even a co-signature from Nobel Prize winner Mike Leavitt and Stanford. There needs to be a quick and devastating published takedown of its premises. I don’t think like that on line yet – is it underway?”

Does that sound like the language of a public health servant doing God’s work to protect the people from a deadly virus – or that of a cynical political operative?

Is coordinating a media hitjob on ideological opponents part of the NIH Director’s job description?

More importantly, though, if they can orchestrate a smear campaign against three “fringe” epidemiologists from Harvard, Stanford, and Oxford, what signal does that send to a run-of-the-mill MD in Wisconsin who might be inclined to ask critical questions?

The message is obvious: “shut your mouth or we’ll come for you.”

They don’t even have to go after everyone. All they need is to bag a few high-profile scalps to set the example.

The conclusion will likely be faulty – even if the scientist is immune to the social pressures to conform to the narrative.

We reported previously on Pfizer’s vaxx trial fraud in which the company’s contractor intentionally hid side effects of the drug.

CDC Director Refuses to Answer: Dying ‘With COVID’ vs Dying ‘From COVID

Even the corporate media has been forced to confront the obvious rouse.

“‘When asked by Fox News anchor Bret Baier if there was a breakdown of how many of the 836,000 deaths in the U.S. were ‘from COVID’ or ‘with COVID,’ Walensky gave a non-committal answer.”

Notice that Baier asked about the alleged 836,000 deaths over the course of the two-year pandemic. Walensky, in a bid to avoid answering, finds a lame excusing by pivoting to the Omicron death count, which is barely weeks old.

Do you think that the average “expert” — a college professor teaching public health at a mid-size state school, or an epidemiologist researching Ebola or some other totally unrelated pathogen – has the time, resources, or personal dedication to parse the CDC’s COVID bullshit from the veritas?

Or are they just going to follow the lead of the “expert” higher up on the food chain?

Is the average scientist human or superhuman?

The above is how the “consensus”-rigging game is played, and why you should never again place a modicum of trust in the rotten biomedical establishment, nor the scientists who vocally support it.

Rather than reform (which is a pipe dream), we need a parallel society with structures worthy of trust to replace them.

Ben Bartee is a Bangkok-based American journalist with opposable thumbs. Follow his stuff via his blog, Armageddon Prose, Substack, Patreon, Gab, and Twitter.

COVID Propaganda Roundup: How the Biomedical State Maintains the ‘All the Experts Agree’ False Consensus 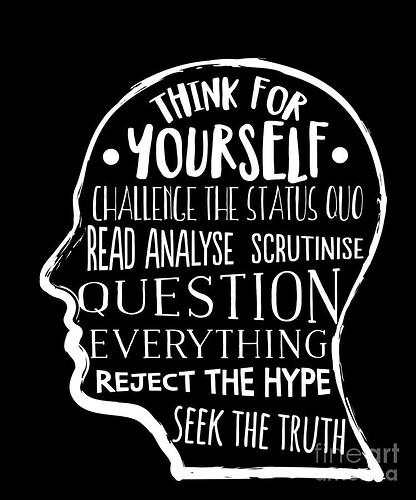