Cover-up of the Royal Family’s Worst Rites and Customs While the world is hanging on every word uttered by the Duke of Sussex, Prince Harry, and poring over every page in his bestselling memoir Spare, it is worth stopping and asking ourselves, who is this man who is supposedly exposing his own family and...

While the world is hanging on every word uttered by the Duke of Sussex, Prince Harry, and poring over every page in his bestselling memoir Spare, it is worth stopping and asking ourselves, who is this man who is supposedly exposing his own family and revealing their secrets? 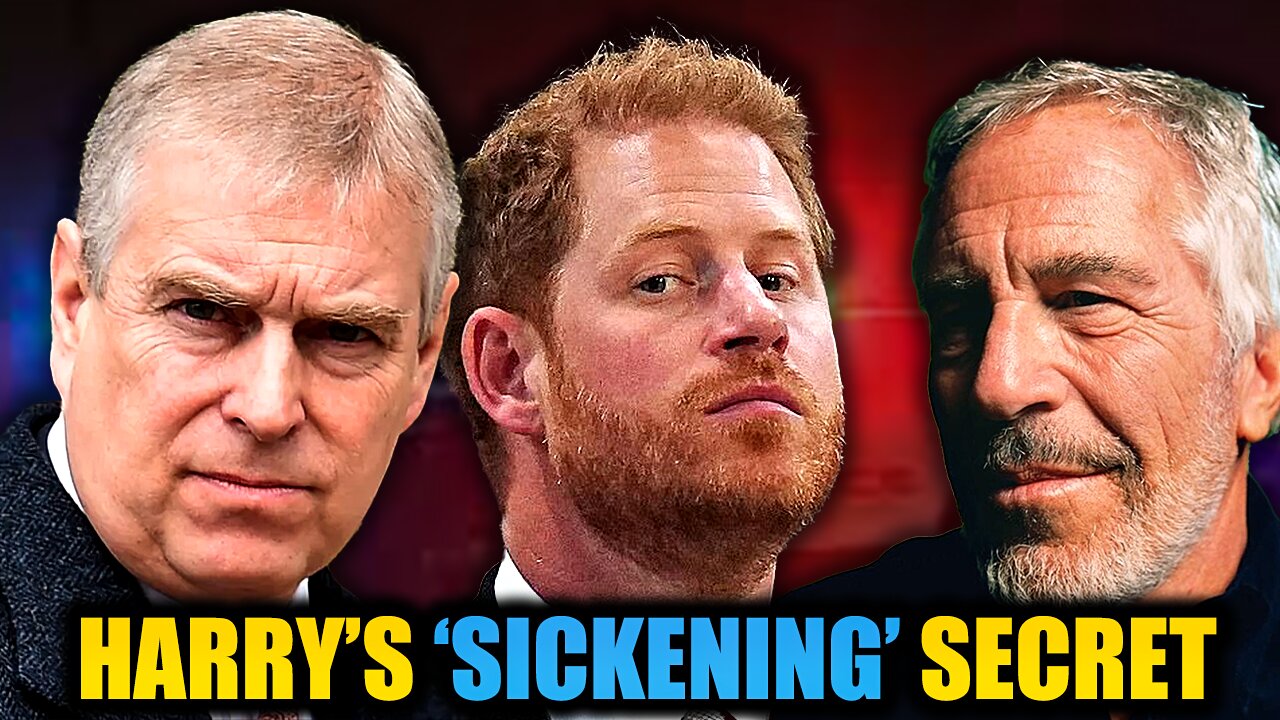 While the world is hanging on every word uttered by the Duke of Sussex, Prince Harry, and poring over every page in his bestselling memoir Spare, it is worth stopping and asking ourselves, who is this

And is he really doing anything of the sort, or is Harry actually participating in a vast and sickening cover up of the Royal family’s worst rites and customs, a dance as old as the ancient family itself?

“We always knew this book would fly but it is exceeding even our most bullish expectations,” Transworld Penguin Random House Managing Director Larry Finlay said in a statement.

“As far as we know, the only books to have sold more in their first day are those starring the other Harry (Potter).”

To promote the book, Harry made appearances on four TV networks, delivering extensive interviews to Britain’s ITV, CBS’s 60 Minutes, ABC’s Good Morning America, with a fourth interview on Stephen Colbert’s late show where he downed tequila shots with the host and spoke extensively about his penis.

Harry also gave countless interviews to magazines and newspapers and the outlets are all claiming that Spare is a raw account that pulls no punches, and exposes the Royal Family.

But does it really?

Prince Harry’s book artfully dodges any of the real questions surrounding the royal family in favor of discussing woke politics, his family’s supposed racism towards his Hollywood wife, and breaking the soldier’s code by boasting about how many Taliban he killed in Afghanistan.

Harry skillfully airbrushes Prince Andrew’s pedophilia scandal out of history. According to Harry, Andrew’s friendship with Jeffrey Epstein, which dominated headlines around the world, does not even warrant a single sentence.

This is a cover-up. But it doesn’t end there.

Surely you have heard of Jimmy Savile – close friend of the British Royal family and best friend of the man who became King Charles III.

It was revealed after Savile’s death that he was the supplier of children to the HIGHEST of high society pedophile rings in the UK, with Prime Ministers, Judges, Police and military top brass, high ranking clergy and, yes, members of the Royal Family and British aristocracy all involved.

Harry didn’t see fit to explain or expose any of this to his huge audience.

Then, of course, we have Jeffrey Epstein – close friend of the British Royal family and best friend of Queen Elizabeth’s favorite son, Prince Andrew. Epstein’s exploits are currently the subject of an extreme cover up by the courts and the powers that be, however we know for a fact that, like Savile, Epstein was a supplier of children to the HIGHEST of high society in the US and Europe, with Presidents, CEOs, and Royalty all involved in his elite pedophile ring.

Apparently Harry forget to mention anything about this in his book or during his many interviews.

Which is a shame, because there is a lot that needs explaining. The British Royal Family practice child sacrifice and ritualistic pedophilia as one of their ancient rites and customs.

Did you know that over 50,000 Canadian children were tortured, sexually abused and some murdered at Canadian church run residential schools – and the Queen of England was found guilty by the International Tribunal into Crimes of Church and State for the disappearance of 10 children she took herself in person and who were never seen alive again?

This may come as a shock to you – but many Canadians allege that the Queen & Prince Phillip took orphan children in Canada on picnics – and these children were never returned to the orphanages or seen again. What did the Royals do with them? Release them into the woods somewhere?

After understanding the nature of her sons, Charles and Andrew, it’s perhaps no surprise to find out that Queen Elizabeth II was found guilty of killing 10 young children in Western Canada in 1964. But it’s the cover up that really sticks in one’s craw.

William Combes, age 59 and in good health, was scheduled to be a primary witness at the opening session of the International Tribunal into Crimes of Church and State on September 12 in London, England.

The day before the opening session, William died suddenly of a still-undisclosed cause. The Vancouver Coroner’s Office refuses to comment on William’s death.

William was the sole survivor of a group of three young boys who claim to have witnessed the abduction of ten children during a royal visit to the Kamloops residential school in mid October, 1964, when both the Queen and Prince Philip were in Canada.

“They took away those ten kids and nobody ever saw them again” described William, in several public statements made over the airwaves of the Vancouver Co-op radio program, as well as signed and witnessed declarations made in 2010.

According to fact checkers like Snopes, this isn’t true. They claim Queen Elizabeth’s official schedule did not place her in British Columbia when the alleged crime took place, and the international court that found her guilty has no legitimate judicial authority in Canada. 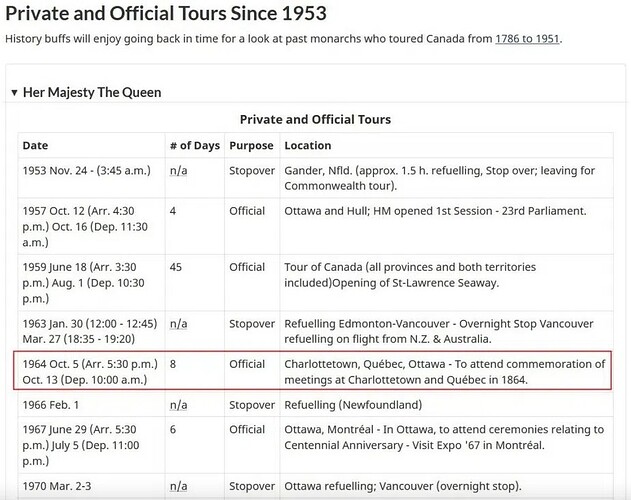 How convenient for the British Royal family that the powers that be continue to protect them from scrutiny. In future generations, Prince Andrew’s close friendship with Jeffrey Epstein will probably be airbrushed from history by Big Media, with those who remember the facts derided as conspiracy loons.

Unfortunately for the fact checkers, there are plenty of real, living people in Canada who remember what the Royals did in previous generations. And they are demanding justice.

It sounds like some ‘absurd claim’ to many who do not relentlessly trace the ancestries of European Royal families, but if you do your own research you will find some very interesting facts.

Charles is very proud of the fact he is a direct descendant of Dracula. According to NPR, Prince Charles said during a 2011 interview, “Transylvania is in my blood. The genealogy shows that I’m descended from Vlad the Impaler, you see.”

In case you need a quick refresh: During the 1400s, Vlad III – commonly known as Vlad the Impaler or Vlad Dracula – was the Prince of Wallachia (modern day Romania). According to NBC, his father adopted the last name of Dracul (meaning dragon), which meant Vlad’s last name became Dracula (son of the dragon). By all accounts, he was an EXTREMELY violent ruler.

Britain and the Commonwealth now have a sovereign who is descended from the infamous tyrant who dipped his bread in the blood of his impaled victims.

But it’s not just Charles who shares blood with darkness in high places.

Since the Babylonians – many other Kings & Emperors around the world have copied them and claimed this ‘divine right’ in their own countries (though these other ‘Royals’ did not adopt the child sacrifice and ritualistic pedophilia aspects of the Babylonians).

It appears, however, that the British Royal Family, ruled by Queen Elizabeth for 70 years, and commonly understood to exist as the head of the snake, did adopt child sacrifice and ritualistic pedophilia as one of their ancient rites and customs.

What are the chances of two of Queen Elizabeth’s sons, Charles and Andrew, both being best friends with the most infamous pedophiles of their era, Savile and Epstein?

And what are the chances of King Charles’ mentor also being accused of raping young boys?

How many times can these revelations be swatted aside and declared a “coincidence”?

This is the scandal that Prince Harry needed to address. Instead he and his Hollywood wife have perpetrated the great cover up on behalf of his ancient family and the globalist elites. 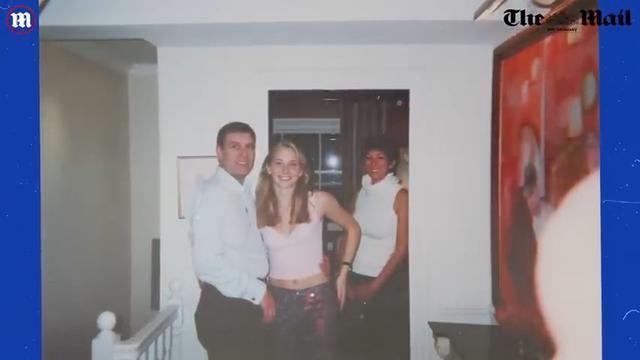 Proof Prince Andrew Ghislaine Maxwell photo is REAL | Mail on Sunday Exclusive. The Mail on Sunday today reveals crucial evidence that the infamous picture of Prince Andrew taken by Jeffrey Epstein with his alleged teenage victim Virginia Guiffre is genuine – demolishing claims by Prince Andrew and his supporters that it could be fake. The photograph of Ghislaine Maxwell in the background, and Prince Andrew with his arm around 17-year-old Virginia Roberts, has dogged the Royal since it was first published by The Mail on Sunday 12 years ago and ultimately led to his downfall. Since then, the 62-year-old Duke of York has suggested the devastating photograph, which was taken by Jeffrey Epstein in London, could have been altered with digital trickery, while his former friend, jailed sex trafficker Ghislaine Maxwell, claimed just last week that it is a fraud. But this newspaper can prove the picture was an ordinary printed photograph developed at a one-hour photo lab that would have been virtually impossible to doctor.