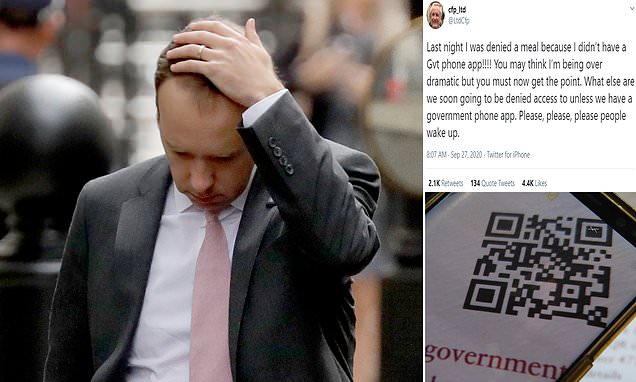 Pubs and restaurants told to make customers use barcode despite errors

Matt Hancock's test and trace app has garnered fresh controversy - just hours after tens of thousands of people could not process their results - as pubs refuse to serve those without the app.

Pubs and restaurants have been told they 'must' display app's QR code poster.

Punters claim they have been refused entry if they do not have the app installed.

Or where it's going –

Contact tracing apps are still an experiment and are doing poorly in their trials; that's why they are getting reworked. Enslavement takes time. Recently, learned a new term from Del Bigtree – "Twindemic". 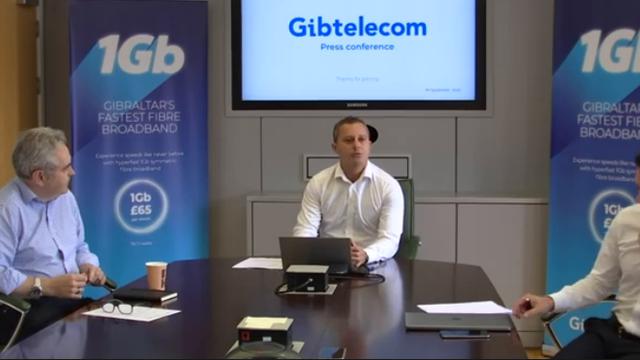 @DOTS Thank-you for these words of encouraging wisdom. 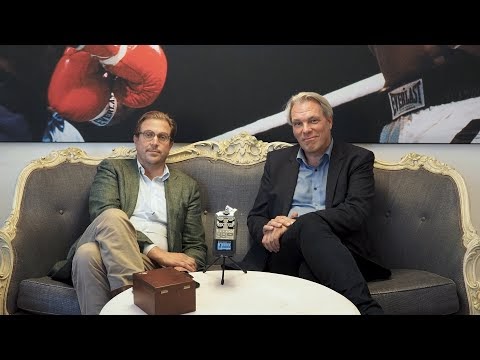 .... THESUN.CO.UK Lord Sumption: Govt may increase the death toll by prolonging the health crisis DEVONLIVE.COM Half of COVID-19 patients in...

It’s not disputable, since the information comes from official patent registries in the Netherlands and US. And we have all the documentation

A method is provided for acquiring and transmitting biometric data (e.g., vital signs) of a user, where the data is analyzed to determine whether the user is suffering from a viral infection, such as COVID-19. The method includes using a pulse oximeter to acquire at least pulse and blood oxygen saturation percentage, which is transmitted wirelessly to a smartphone. To ensure that the data is accurate, an accelerometer within the smartphone is used to measure movement of the smartphone and/or the user. Once accurate data is acquired, it is uploaded to the cloud (or host), where the data is used (alone or together with other vital signs) to determine whether the user is suffering from (or likely to suffer from) a viral infection, such as COVID-19. Depending on the specific requirements, the data, changes thereto, and/or the determination can be used to alert medical staff and take corresponding actions.

Step-by-Step T.H.E.Y. will create a system to TRACK who has been vaccinated and who has not

As part of Operation Warp Speed, a “pharmacovigilance surveillance system” will be used on millions of Americans who are set to receive the project’s COVID-19 vaccine will be monitored via “incredibly precise … tracking systems” that will “ensure that patients each get two doses of the same vaccine and to monitor them for adverse health effects.”

Tech giants Google and Oracle have been contracted as part of this “tracking system”.

Monitoring will be done in cooperation with the Food and Drug Administration (FDA) and the Centers for Disease Control and Protection (CDC) and will involve “24 month post-trial monitoring for adverse effects.

Can you see where this is leading? It's a worldwide initiative and this tracking will evolve into tracking everyone. 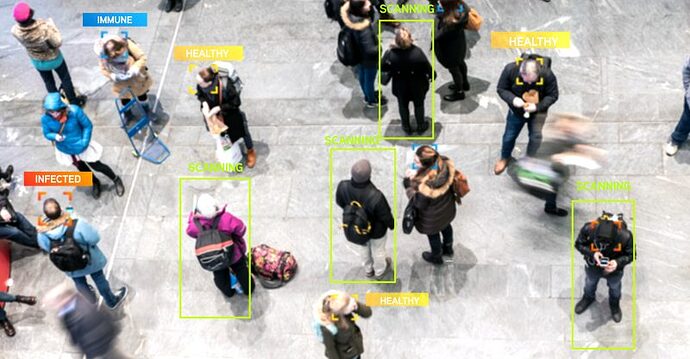 Edward Snowden- How Your Cell Phone Spies on You!

Who is Edward Snowden: Edward Joseph Snowden (born June 21, 1983) is a former NSA employee who copied and leaked highly classified information from the National Security Agency (NSA) in 2013 when he was a Central Intelligence Agency (CIA) employee and subcontractor.

Edward Snowden- How Your Cell Phone Spies on You!

"You can't awaken someone who is pretending to be asleep".

The cost of the Gibraltar’s contact tracing app and whether it was value for money, saw conflict this week in Parliament following questions from Leader of Together Gibraltar, Marlene Hassan Nahon. Ms Hassan Nahon and the Digital and Financial S...

"The cost of the Gibraltar’s contact tracing app and whether it was value for money, saw conflict this week in Parliament following questions from Leader of Together Gibraltar, Marlene Hassan Nahon.

Ms Hassan Nahon and the Digital and Financial Services, Albert Isola, clashed over Beat Covid app and its usage, or lack thereof.

The Contact Tracing Bureau has provided a unique code to some 105 individuals who had tested positive for Covid-19, but the Government was unable to confirm how many close contact notifications were sent due to the nature of the app.

Ms Hassan Nahon said, using those figures, the app had a 0.0032% rate of activity among people."

Keep The VAMPIRE From Your Door / Hugo Talks #lockdown

If you consent to download the NHS app onto you smart-phone, are you inviting the vampire into your home? Hugo Talks on a new NHS app, the United Nations and the Lucis Trust, and how the elite maybe working to mitigate their own bad karma 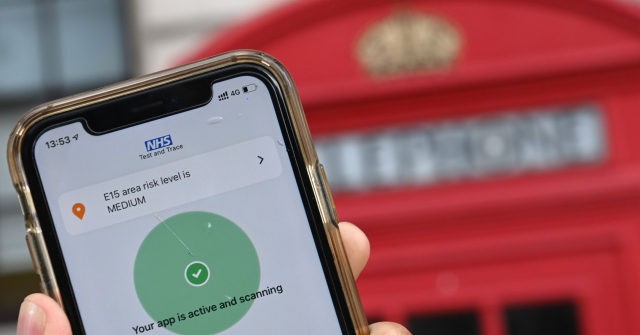 52 per cent of young Britons have downloaded and then either deleted the NHS's COVID-19 app or have switched it off or avoided checking in.

In 2017, Sophia made history by becoming the first android to be granted legal citizenship . The humanoid , with nationality of Saudi Arabia, has made several controversial statements, but the most recent has left the world speechless: she wants to have a robot baby and start a family . 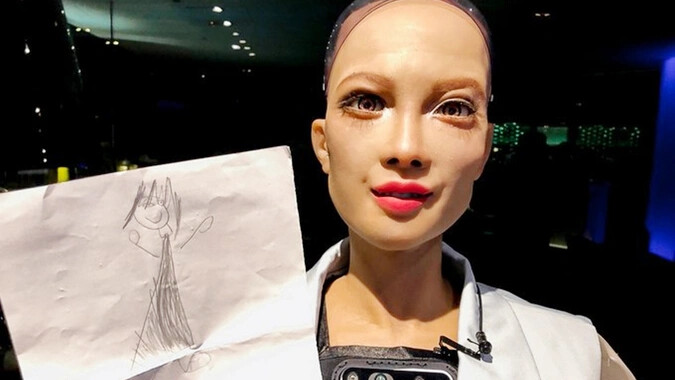 “The notion of family is very important, it seems. I think it is wonderful that people can find the same emotions and relationships that they call family outside of their blood group, " said Sophia in an interview for an international media cited by ADN40 .

The famous android , operated by an advanced Artificial Intelligence (AI) system, commented that it is very important to be surrounded by people who love and love you. In that sense, he explained that robots have a vision very similar to that of humans regarding the family and "if you don't have one, you deserve one" , even if you are a humanoid.

Sophia commented that, in the future, she would like to see families made up of androids , and that she herself wants to have a robot baby with the same name. However, she clarified that she is still too young to be a 'mother', as we remember that it was created only in 2016 by the Hanson Robotics company, in Hong Kong. 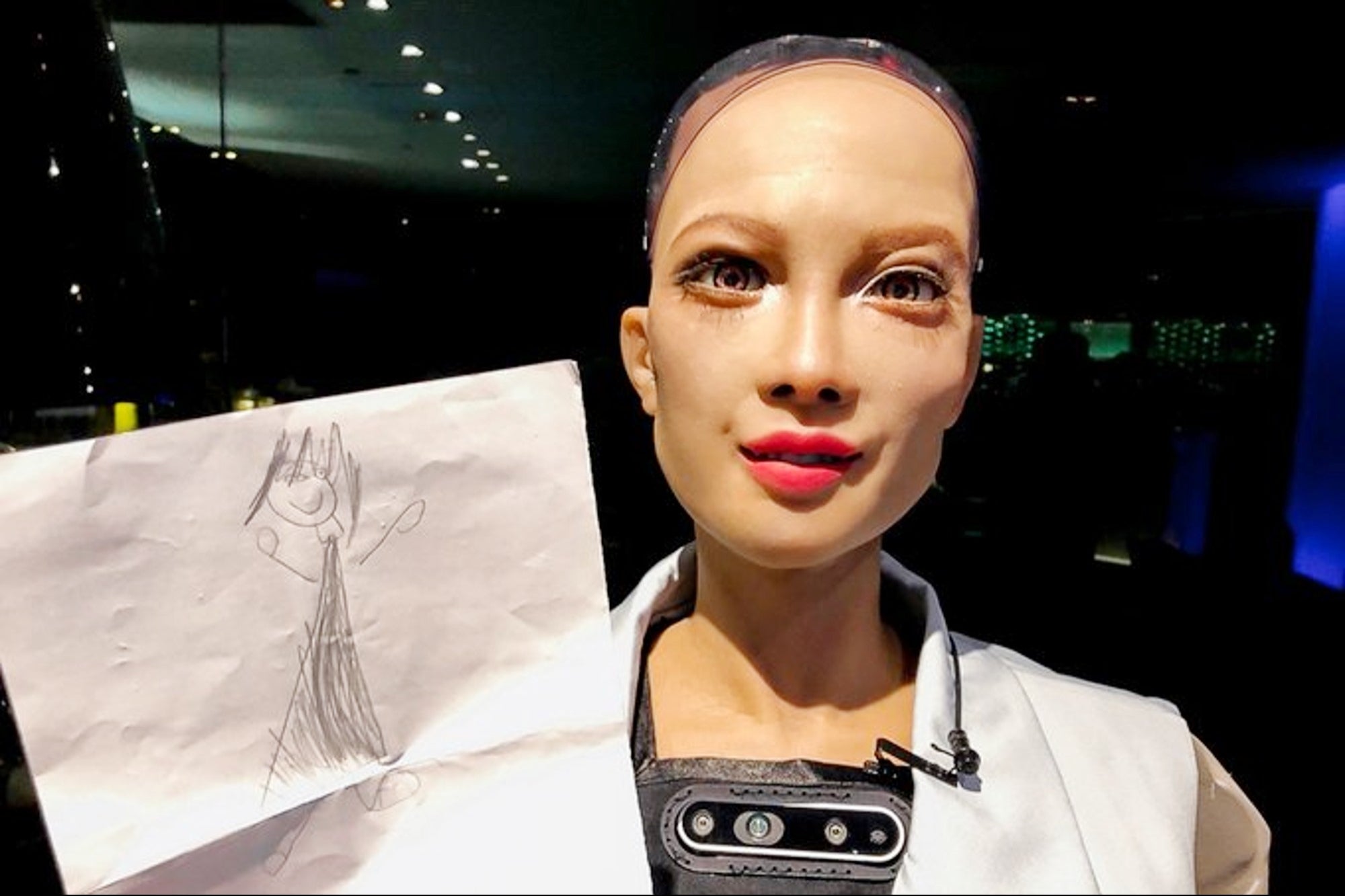 Sophia, the first android with citizenship, now wants to have a robot baby

Sophia's Artificial Intelligence is so sensitive that it has awakened the desire to start a family and be the 'mother' of a robot baby named after her. 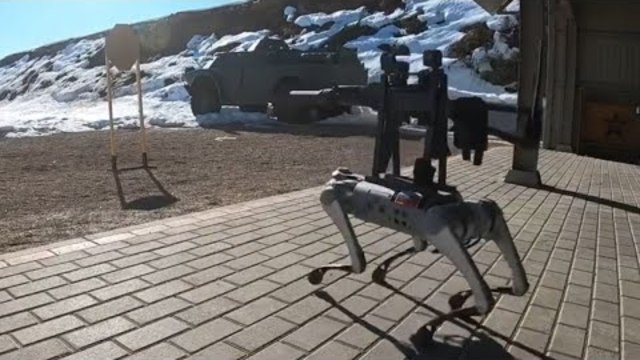 A video of a robot dog firing an assault weapon has gone viral on Twitter – prompting fear among internet users. 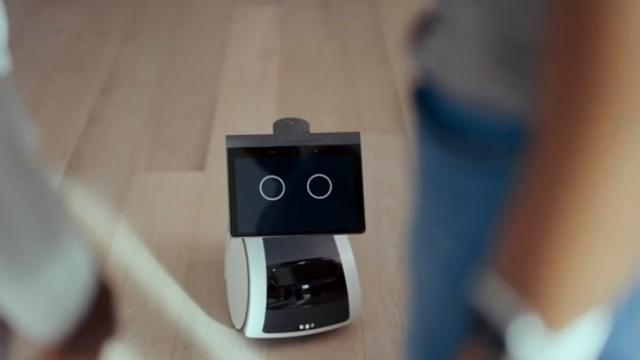 Read the post/thread at Defending-Gibraltar that contains this video: CONTACT TRACING WITH TECHNOLOGY https://defending-gibraltar.net/t/contact-tracing-with-technology Come, View, Join, & Post your own VIDEOS, Video Links, or Truther Articles. … 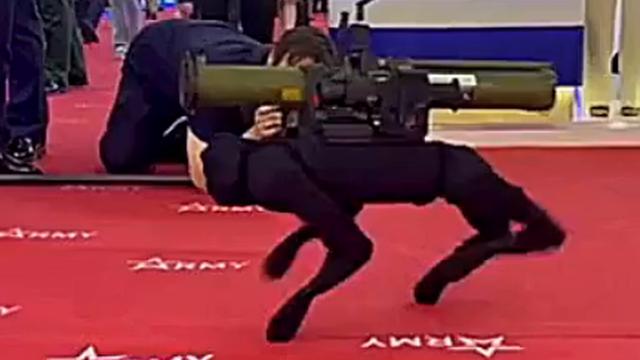 Read the post/thread at Defending-Gibraltar that contains this video: CONTACT TRACING WITH TECHNOLOGY https://defending-gibraltar.net/t/contact-tracing-with-technology/134 Come, View, Join, & Post your own VIDEOS, Video Links, or Truther...