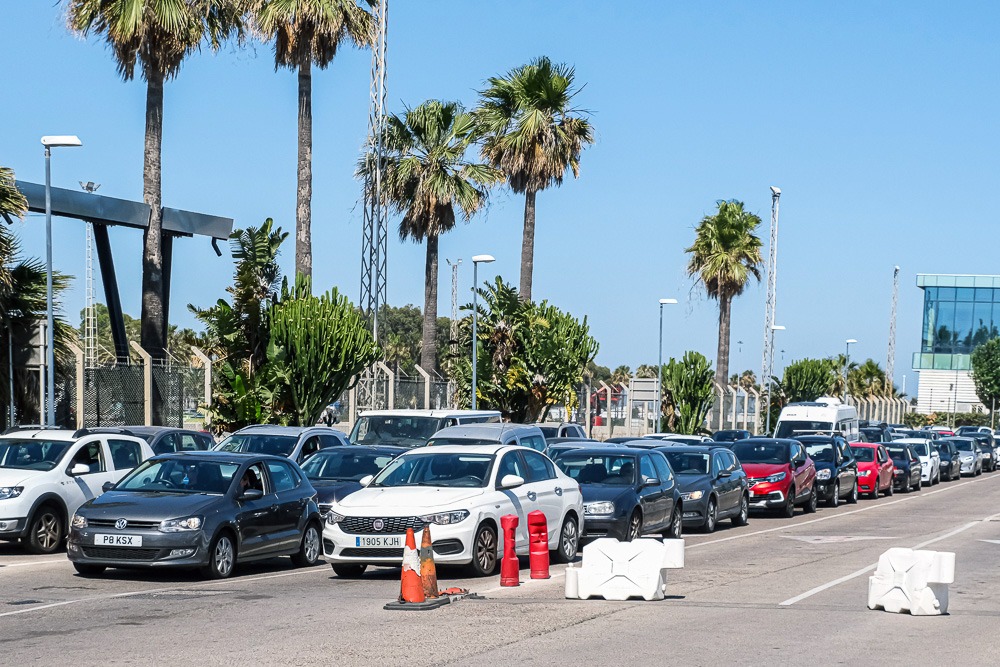 Spain should avoid “falling foolishly into the trap” of applying “last-minute pressure” at the border during the final stages of negotiation for a UK/EU treaty on Gibraltar’s future relations with the bloc, Chief Minister Fabian Picardo sai...

Spain should avoid “falling foolishly into the trap” of applying “last-minute pressure” at the border during the final stages of negotiation for a UK/EU treaty on Gibraltar’s future relations with the bloc, Chief Minister Fabian Picardo said on Thursday.

Mr Picardo said he believed Spain continued to negotiate in good faith but acknowledged there was “a lot being lost” between Madrid’s official position and the reality at the border, where many people have faced long queues and stringent checks in recent weeks.

Speaking on Radio Gibraltar’s Direct Democracy programme on Thursday, Mr Picardo said a formal round of talks scheduled for this week had not taken place because technical work required ahead of that meeting had been delayed by commitments following the death of the Queen.

And quizzed on whether he would put the treaty to a referendum, he repeated earlier statements that his government had a mandate to negotiate post-Brexit arrangements but added too that he would not “shy away” from a public vote “at the right moment”.

The Chief Minister said technical work on the treaty continued and that a new date for the next formal round would be scheduled soon.

He would not be drawn on when a treaty might be ready, adding that although remaining issues related to immigration and Customs management and not sovereignty, it was vital to “get them right” in order to secure a safe deal.

"If the agreement is going to be safe and secure, it has to be negotiated very carefully and if you reach a disagreement, you become embroiled in an impasse and you have to find a way round that impasse which does not amount to a concession or a compromise..,” he said.

"None of the parties here would succeed by beating the other party on the fundamental issues."

"We all have to succeed by ensuring that all of us have been able to have a treaty which is safe and secure to all the parties and which doesn't require that any of the parties provide concession on an issue on which we will not any of us concede."

Mr Picardo acknowledged the difficulties people had faced crossing into Spain but said that in part, those arose from the reality of Gibraltar now being outside the EU and the frontier being an external Schengen border.

"I would rather believe that that is by accident and not by design,” he said of the checks, while cautioning too that international obligations remained on both sides.

But he warned that in the absence of a treaty, Gibraltar would reciprocate with the same provisions being applied by Spain and the EU, including for cross-border workers with rights under the Withdrawal Agreement.

“We will have to check every single day, individual by individual, whether they have the benefits of the Withdrawal Agreemen or not,” he said.

"Because we have no intention of issuing them with a document that we would recognise in that respect."

"It is very easy for Spain, in the latter stages of this negotiation, to decide that the best tactic to take is to play hardball, to put pressure on the Gibraltarians notionally, so that we somehow soften up in the negotiation."

"Well, 50 years of experiencing the Gibraltarians would have taught them, if the Spanish were listening, that putting pressure on the Gibraltarians achieves nothing other than ensuring that we realise that we might not have friends on the other side of the negotiating table."

"I do hope that we are not seeing Spain fall foolishly into the trap of thinking pressure at the last minute helps," he added.

"Pressure at the last minute could actually break this because it might make the Gibraltarians think that it's the same old Spain that we have seen in 84, 67 and 69."

"I do believe it is not the same old Spain, but the proof of the pudding is always in the eating, unfortunately."

Asked whether any treaty would be put to a referendum, something many people in Gibraltar are calling for, Mr Picardo said “there is a right moment and a wrong moment for a referendum”.

Mr Picardo reminded listeners that the treaty will have “a number of phases”, including an initial four-year period at the end of which the parties can decide whether to maintain the agreement or withdraw from it.

He said Gibraltar needed to be “strong and empowered” throughout the period of negotiation.

"People elect a Parliament for the purposes of the parliamentarians giving effect to their manifestoes and to make the decisions that we are empowered to make through our representation of the people of Gibraltar,” the Chief Minister said.

"It is also true that this treaty, if it emerges, will change our relationship with the European Union very materially, and the fact that we are in the stage at which we are arises from a decision made in a referendum in 2016."

"So I do believe that there is a right moment to put the issues that the treaty will give rise to in a referendum."

"Nobody is going to find me standing in the way of the people of Gibraltar expressing their views, especially on the work product that I have led, in the context of a referendum."