Children Have 0.00% Chance of Dying from COVID but are Harmed for Life by Social Distancing, Which has its Roots in CIA Torture Techniques

Children Have 0.00% Chance of Dying from COVID but are Harmed for Life by...

California Civil Rights Attorney Leigh Dundas published a video on Facebook this week to show the devastating consequences of isolating children and forcing them to practice "social distancing" at places like school. Here are some lesser known facts...

2 Likes
Unsocial Distancing – The reason for social distancing has nothing to do with public health
Dr Vernon Colemen: Proof the Covid-19 Jabs Should be Stopped Now
UK Parents' Group for Children's Rights – Us For Them – May Lauch Legal Battle
NancyDrewberry July 1, 2020, 12:18am #2

Thank-you for the link to the article. Agreed. And face-masks are part of the social distancing to limit interactions even further. T.H.E.Y. see the people as pigs in a pen, cows in a field, monkeys in a cage, like we are in a physical, mental / social, and spiritually damaging experiment. A nightmare.
Society is changing rapidly. People are behaving differently. Not in a positive way (due to stress?).

Thank-you for the link to the article.

You’re welcome, and thank-you for your reply. 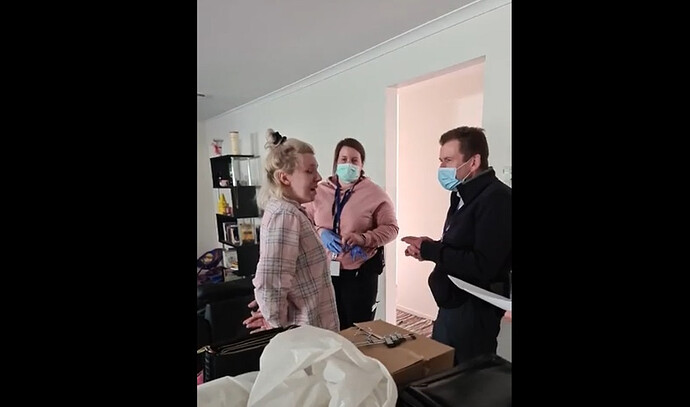 A video that at the time of publication of this article has been viewed over 4 million times on Facebook, a 28-year-old pregnant mother still dressed in her pajamas is hand-cuffed and arrested in Australia, because she had allegedly made a Facebook post about a “freedom day” event calling for people to peacefully gather against the government’s lockdown measures.

The arrest took place in her home, in front of her own children and partner.

Breitbart News broke the story early this morning (September 2, 2020) in the U.S., making it their headline story for a couple of hours.

In the video, Zoe Buhler from Victoria, Australia, is incredulous that this is happening, as she repeatedly told the police she was pregnant and had an ultrasound appointment in an hour.

The masked police were not impressed, as they handcuffed this “dangerous” young mother for “incitement.” They also produced a search warrant to seize her electronics, including computers and cell phones.

Towards the end of the short video, a woman enters the home in addition to the two policemen, and it is not clear if she is a social worker who had arrived to take the children also, or if she is a third police officer.

We uploaded the video to our Bitchute channel as we suspect this will probably be deleted from Facebook. Watch the video: