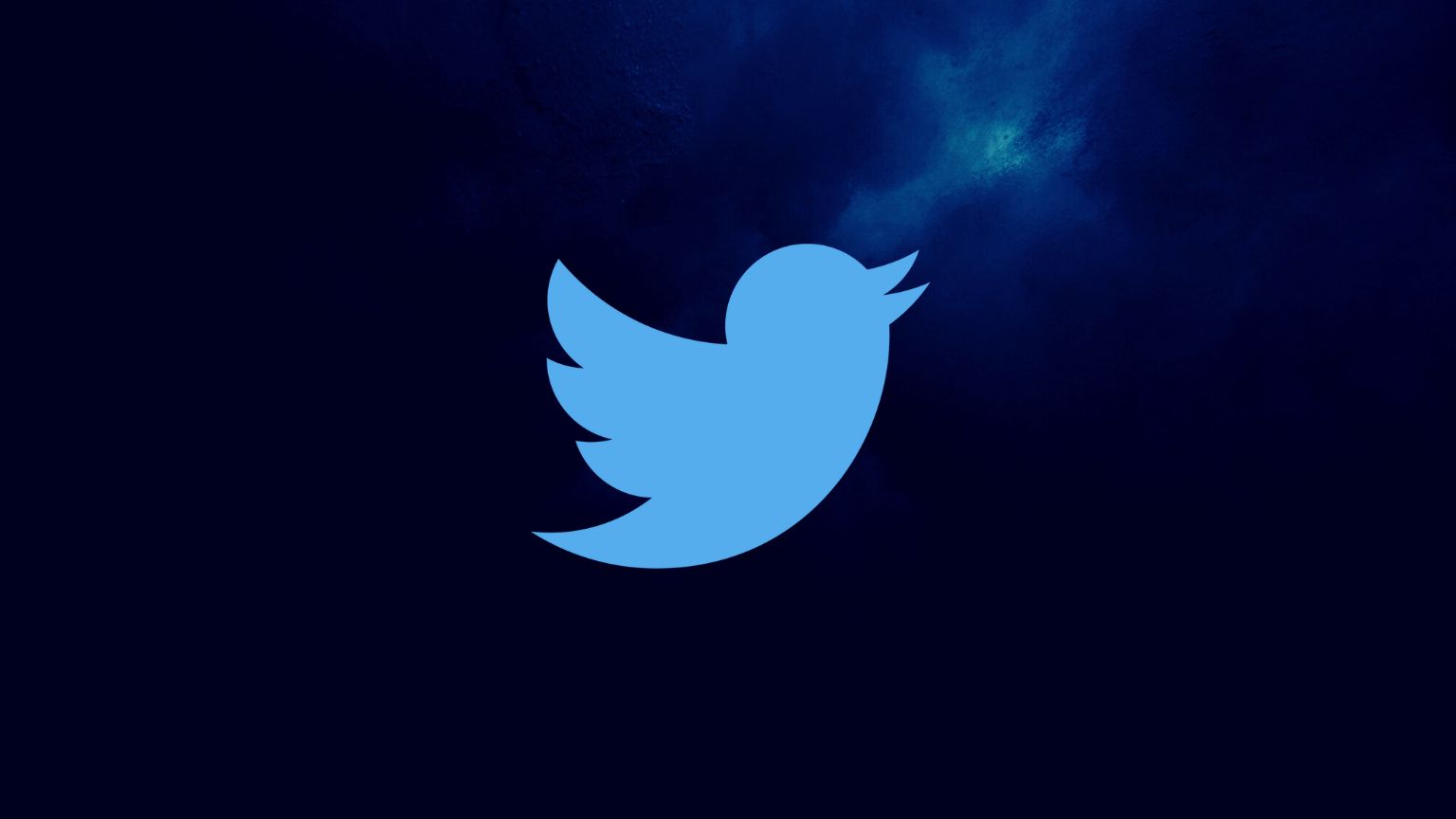 Following pressure from journalists, Twitter has followed Reddit and has started censoring the word “groomer,” suggesting that it is an anti-LGBT slur.

Cultural and political commentator James Lindsay was locked out of Twitter after calling Ari Drennen, who works at left-wing pressure group Media Matters, a groomer.

Drennen criticized an article by the Daily Caller about the campaign to get Twitter to censor the term “groomer.” Responding to Drennen’s tweet, Lindsay wrote: “Ok, groomer.”

The right thing to do would be to arrest WHO-Director Tedros.

The WHO Chief That Spread Dangerous Covid Misinformation Calls to Regulate...

The World Health Organization spread disastrous Covid-19 misinformation at a critical time early in the pandemic. But now, the unelected health body wants nations to regulate ‘monkeypox disinformation’ in favor of supporting the government’s official...

The World Health Organization spread disastrous Covid-19 misinformation at a critical time early in the pandemic. But now, the unelected health body wants nations to regulate ‘monkeypox disinformation’ in favor of supporting the government’s official narrative about the virus.

WHO Director-General Tedros Adhanom Ghebreyesus said, “The stigma and discrimination can be as dangerous as any virus and can fuel the outbreak. As we have seen with COVID 19 misinformation and misinformation can spread rapidly online. So we call on all social media platforms, tech companies, and new organizations to work with us to prevent and counter harmful information.”

Tedros, who is not a medical doctor but a former Egyptian communist official, is thus equating social stigma with the virulence of monkeypox, demonstrating that there is a political motivation behind the WHO’s call to suppress citizens’ speech. Legislation would require social media users be assigned a ‘truth score’ in...

Western ‘liberals’ who are adherents to World Economic Forum fascist Klaus Schwab continue to mimic the dictators, authoritarians and tyrants in other countries they claim to oppose. According to a report by Great Game India, an amendment to a...

Western ‘liberals’ who are adherents to World Economic Forum fascist Klaus Schwab continue to mimic the dictators, authoritarians and tyrants in other countries they claim to oppose.

According to a report by Great Game India, an amendment to a bill introduced in the UK would require social media users to be tagged with a “truth score” that rates the honesty and truthfulness of their posts.

The proposal would restrict “legal but harmful” content and was added on to an already abysmal “Online Safety Bill” by Conservative Party member John Penrose, the report added.

“Like something out of dystopian fiction, Penrose, the MP for Weston-super-Mare, has proposed that the government forces online platforms to maintain a score of how truthful a person is, determined by their past statements,” noted an assessment of the amendment at Reclaim The Net.

The provision states that all users who “produced user-generated content,” publish news or just write “comments” or “reviews” should be evaluated by the social media platform and then given a rating that indicates the “historic factual accuracy” of the post. In other words, someone just giving their opinion can (and would) be rated poorly, so there goes what remains of freedom of speech, so far as it still exists online.

“The purpose of this section is to reduce the risk of harm to users of regulated services caused my (sic) disinformation or misinformation,” the proposal states, with a typo that shows just how much care goes into the wording of legislation that wipes away citizens’ freedoms.

The proposal says that every user that produces online content, including “comments and reviews” and who receives a certain number of online views, which is to be determined by the UK communications regulator, should have their content indexed and assigned a truth score.

The user’s speech is then to be “displayed in a way which allows any user easily to reach an informed view of the likely factual accuracy of the content at the same time as they encounter it.”

And of course, like in the U.S. with the criminal Biden administration, the impetus for this blatant political censorship is to ‘curb misinformation’ — while the left-wing regimes running Western governments put out actual disinformation under the lie of ‘speaking the truth.’

Make no mistake, these scores will be determined by a government bureaucrat who has been instructed to ‘tag’ citizens whose viewpoints differ or refute those of the current regime, thus rendering them arbitrarily ‘dishonest’ and ‘untrue,’ and of course, setting them up to be censored and/or banned online altogether.

This will harm online publishers for certain, especially a) those who publish ‘opposing views’ and b) those who grow large enough (usually by ‘buying’ likes and traffic) to have a decent-sized following and readership.

“We cannot allow foreign states or their puppets to use the internet to conduct hostile online warfare unimpeded,” she claimed. “That’s why we are strengthening our new internet safety protections to make sure social media firms identify and root out state-backed disinformation.”

Others in Britain’s Conservative Party are expressing concern and outrage over the amendment because they know what the leftist government will use it for.

“The ratcheting effect on our civil liberties is already happening in real time,” says a letter from several Conservative MPs addressed to Culture Secretary Nadine Dorries. “The Labour Party has expressed its intention to expand the regulatory framework to include ‘health-related misinformation and disinformation.'”

“This could lead to the state designating social media companies as the arbiter of truth online and presents serious problems for freedom of speech,” the letter warns.

That, of course, is the point.

The lawsuit is stayed to see how the other lawsuit against Twitter progresses. 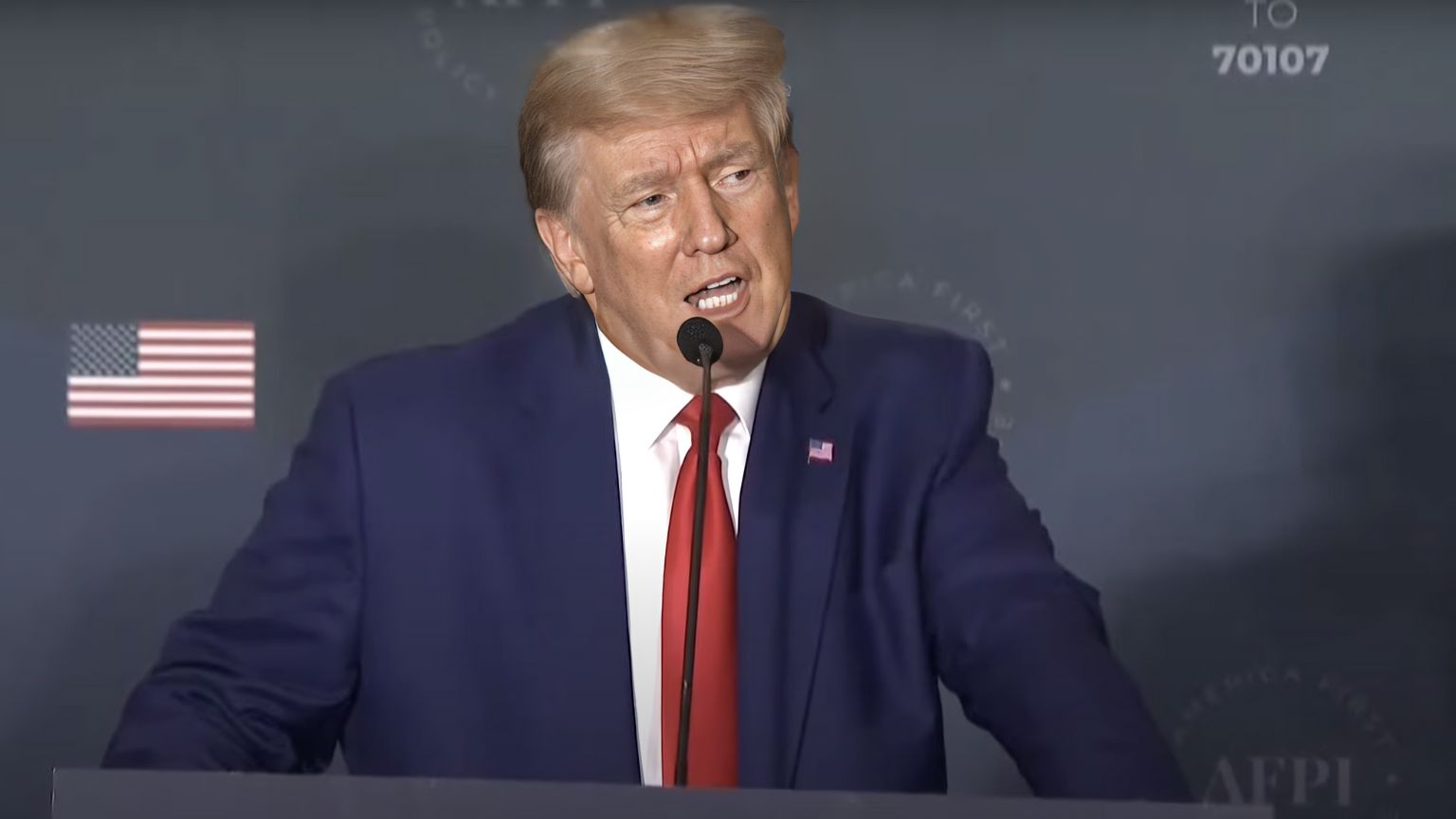 The lawsuit is stayed to see how the other lawsuit against Twitter progresses.

A district judge stayed former President Donald Trump’s lawsuit against YouTube until the end of the appeal against the dismissal of his case against Twitter. The judge also denied YouTube’s motion to dismiss the case and Trump’s motion for preliminary injunction.

We obtained a copy of the order for you here.

Trump sued YouTube, Twitter, and the other tech companies that suspended his accounts following the January 6, 2021 riot at the US Capitol.

In the lawsuit against YouTube, he argued that the permanent ban had a negative impact on his donor platforms and stifled public debate, as well as his efforts to endorse candidates.

The lawsuit, initially filed in the Southern District of Florida, also argues that the censorship violates Florida’s Stop Social Media Censorship Act, which was blocked by a federal court, and his First Amendment rights. The suit also asks the court to overturn the protections afforded tech platforms under Section 230 of the Communications Decency Act.

Trump also claims that YouTube deceived users and “unevenly” applies its standards, which is a violation of Florida’s Deceptive and Unfair Trade Practices Act. He further claims that YouTube “worked with the government” to violate his free speech rights.

During Trump’s motion for a preliminary injunction, YouTube said that Trump cannot claim his free speech was violated because rules about what content is allowed and not allowed are laid out in the platform’s community guidelines. Additionally, the platform said reinstating Trump’s account would cause it “irreparable injury” and it would violate the company’s First Amendment rights, which give it the freedom to determine what speech to allow.

“Former President Trump and seven other plaintiffs are attempting to turn their disagreement with YouTube’s editorial choices into a federal lawsuit on behalf of a putative nationwide class,” YouTube said. “This effort fails as a matter of law. By seeking to treat the judgments of a private online service provider as state action, plaintiffs flip the First Amendment on its head.”