CARING CORRUPTED - The Killing Nurses of The Third Reich

The 56-minute film, Caring Corrupted: the Killing Nurses of the Third Reich, casts a harsh light on nurses who used their professional skills to murder the handicapped, mentally ill and infirm at the behest of the Third Reich and directly participated in genocide. 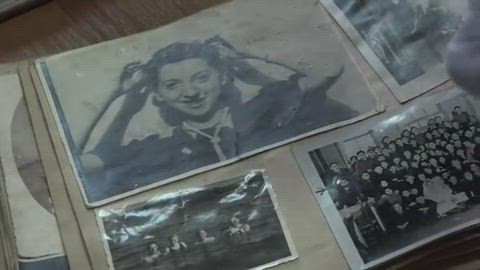 CARING CORRUPTED - The Killing Nurses of The Third Reich

Cizik School of Nursing has created a REMI Platinum Award-winning documentary film that tells the grim cautionary tale of nurses who participated in the Holocaust and abandoned their professional ethics during the Nazi era. The 56-minute film, Caring...

I saw this awhile back and it's eerie about how it applies today. I'd recommend watching it. I also think about how they want to target the "vulnerable" first. A jab might not be so good for a person with a compromised immune system - isn't that one of the contraindications?

Due to their false EUA (emergency use authorization), contraindications are not associated with this jab like is seen with all other pharmaceuticals.

I didn't realize it was part of the EUA use. Wow.

And, of course, they would reverse logic - The vulnerable are at risk! How did that work out in the care homes, with individuals already being given a concoction of poisons before these toxic jabs.

The Nazi were able to convince people that the vulnerable were a burden; like children with autism, epilepsy, deformities and more. While there are all kinds of programs for these (known really as disabilities today), these programs cost money; and that puts a burden on The State - just like care homes and pensions.

The T4 program was very sinister; and it had to convince nurses that they were doing the right thing for the "good of all".

AKTION T4 THE NAZI EUTHANASIA PROGRAMME THAT KILLED 300,000 Both before and during the Holocaust, the Nazi authorities carried out a massive but lesser-known program of targeted mass killing targeting some of the most vulnerable people

If people listened to God instead of Satan (via their corrupt governments and compromised and lying medical industry), they'd intuitively know what is right and wrong. But so many think they are only human and convince themselves they are doing a good thing based on Satan's standards of what is a burden, how to obtain health and so on and so forth.

Will Gibraltar be following in the footsteps of New Zealand? [image] Patients admitted to hospital with COVID-19 can die by euthanasia if doctors decide they might not survive, the New Zealand government has declared. The Ministry of Health confirmed that a right to a lethal injection under a new euthanasia law could extend to patients who were either dying from the coronavirus or suffering unbearably from its consequences. In response to a request for clarity on a euthanasia law which ca…