Budget Bill to forecast a deficit of £138m

The bill for this year's budget will forecast a deficit of £138 million, the Chief Minister has confirmed in Parliament. He also confirmed that another deficit of £51 million next year.

The Government has published the Appropriation Bill for 2021, and the budget will be debated in July, but Fabian Picardo said it was his duty to immediately inform the people of Gibraltar what the effect of the Covid Fund and Covid Borrowing has been on public finances.

Mr Picardo said it had been an extraordinary year, with the twin challenges of Covid and Brexit, but also assured that he had full confidence the deficit would be revers

Also on Thursday afternoon, the Chief Minister said the Joint Coordination Committee established under the Tax Treaty with Spain met for the first time.

He said the report received from the Financial Secretary and the Commissioner for Income Tax suggested that the atmosphere throughout was positive and constructive with a genuine desire to move forward in a spirit of cooperation. 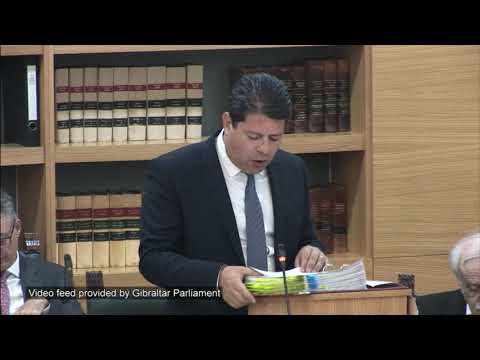