This is why if America is to survive, the American people must rise up now and take their country back from the left-wing traitors and terrorists who are collaborating with China to destroy this great nation.

Will Gibraltarians learn from this and also rise up and do likewise? 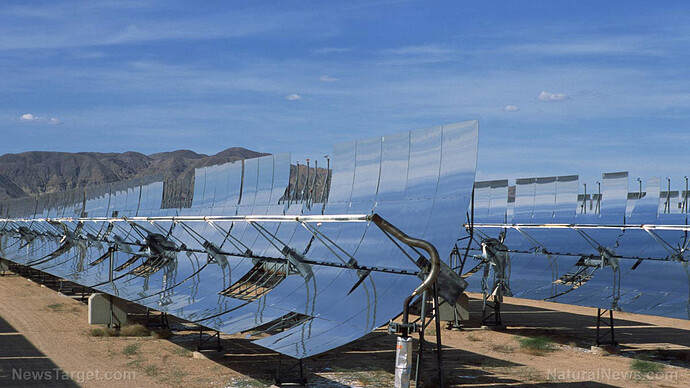 Many people are unaware of it, but communist China already has a foothold in the United States. The fields of solar energy farms that blanket much of the American southwest are actually controlled and run by the Chinese military, in many cases, and...

If t.h.e.y. can shut down the economy and get people to voluntarily place themselves under house arrest based on nothing more than the illusion of a killer virus, then there may be no need for an EMP. An EMP would only delay China’s plans to colonize N. America, and increase the cost of rebuilding vital infrastructure.

Something else to consider is all of this talk of “bioweapons”, which is predicated upon them being contagious and having an effective inoculation/“cure” for the perpetrators, neither of which likely exist.

However it works out, it will be a rude awakening for the entire “we’re #1” crowd in America to find out how quickly they can be in deep #2.

“The EMP weapons that China is perfecting would destroy the power grid, collapsing the United States of America into mass starvation, chaos and economic collapse.”

A Chinese EMP Strike is depicted in the movie “Dragon Day”.

An earlier movie made in 1984, depicted a Russian invasion. It was “Red Dawn”. In reality, it will probably the Chinese and possibly a joint force with Russians. 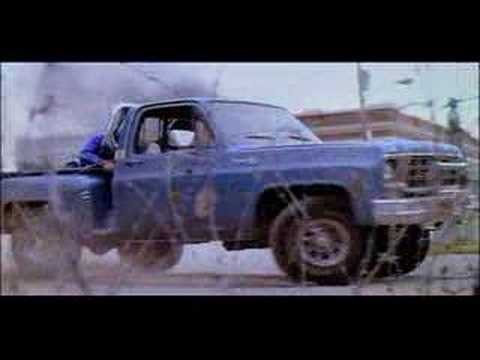 “The Third Peril: the USA is Invaded by Foreign Troops” is attributed to George Washington

At this the dark, shadowy angel placed a trumpet to his mouth, and blew three distinct blasts; and taking water from the ocean, he sprinkled it upon Europe, Asia, and Africa.

Then my eyes beheld a fearful scene. From each of these continents arose thick black clouds that were soon joined into one. And throughout this mass there gleamed a dark red light by which I saw hordes of armed men. These men, moving with the cloud marched by land and sailed by sea to America, which country was enveloped in the volume of the cloud. And I dimly saw these vast armies devastate the whole country and burn the villages, towns and cities, which I had seen spring up.

As my ears listened to the thundering of the cannon, clashing of swords, and the shouts and cries of millions in mortal combat, I again heard the mysterious voice saying,

"Son of the Republic, look and learn."

When the voice had ceased, the dark shadowy angel placed his trumpet once more to his mouth, and blew a long and fearful blast. Instantly a light, as of a thousand suns shone down from above me, and pierced and broke into fragments of the dark cloud, which enveloped America. At the same moment the angel upon whose head still shown the word 'Union,' and who bore our national flag in one hand and a sword in the other, descended from the heavens attended by legions of white spirits. These immediately joined the inhabitants of America, who I perceived were well-nigh over come, but who immediately taking courage again, closed up their broken ranks, and renewed battle. 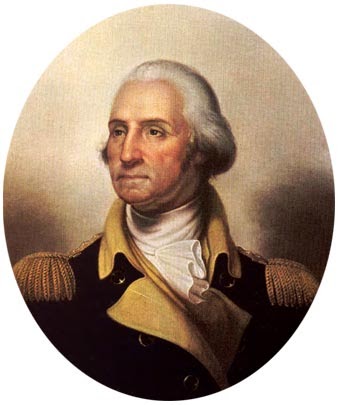 George Washington had a vision of an end time invasion of the United States by Europe Asia and African nations under the color red for comm...

“Leftists in America today are delusional, deranged lunatics who think they want to live under communism. But if they get their wish, they will actually die under communism, because communist China has no plans to allow American liberals to continue to occupy North America once the next phase of World War III is unleashed… That’s why Leftists in California, Oregon, Washington, New York and other left-leaning states will find themselves either executed, rounded up for labor camps or used as sex slaves for the invading Chinese army.”

This brings to mind curses God promised us for not following His Law:

Deut 28:62 And ye shall be left few in number, whereas ye were as "the stars of heaven" for multitude; because thou wouldest not obey the voice of the "I AM" thy God.
28:63 And it shall come to pass, [that] as the "I AM" rejoiced over you to do you good, and to multiply you; so the "I AM" will rejoice over you to destroy you, and to bring you to nought; and ye shall be plucked from off the land where thou goest to possess it.
28:64 And the "I AM" shall scatter thee among all people, from the one end of the earth even unto the other; and there thou shalt serve other gods, which neither thou nor thy fathers have known, [even] wood and stone.
28:65 And among these nations shalt thou find no ease, neither shall the sole of thy foot have rest: but the "I AM" shall give thee there a trembling heart, and failing of eyes, and sorrow of mind:
28:66 And thy life shall hang in doubt before thee; and thou shalt fear day and night, and shalt have none assurance of thy life:
28:67 In the morning thou shalt say, Would God it were evening! and at evening thou shalt say, Would God it were morning! for the fear of thine heart wherewith thou shalt fear, and for the sight of thine eyes which thou shalt see.
28:68 And the "I AM" shall bring thee into slavery AGAIN with ships, by the way whereof I spoke unto thee, Thou shalt see it no more again (if ye keep The Covenant): and there ye shall be sold unto your enemies for bondmen and bondwomen, and no man shall buy [you].**

America, with its stars of heaven on its banner, shouldn’t get too arrogant as the Northern Tribe of Israel did. They did not believe God could remove the land from under their feet. But He arranged for them to be carted off, shipped, to Assyria into slavery.

The people of Israel received abundant warning that their departure from the ways of God would result in the destruction of their kingdom and captivity to a foreign land. Many prophets had warned Israel that disaster lay ahead if they refused to repent. Hosea and Micah and Isaiah had over and over again stated that Israel’s idolatry and immorality and oppression of the poor would bring divine judgment.

Israel had mocked the prophets of God. Verse 13 says that the Lord had “testified against Israel and against Judah, by all the prophets . . . saying, turn ye from your evil ways and keep my commandments.” Despite the repeated warnings from God through the prophets, the Israelites persisted in their sin. They “hardened their necks . . . (and) did not believe in the Lord their God” (verse 14). The words of the prophets fell on deaf ears; the people continued in their sinful ways. They were as stiff-necked as their fathers were, and would not acknowledge their sins.

“All the institutions of America are now allied with communist China in seeking the destruction of our constitutional republic. These include the tech giants like Google, Hollywood and the entertainment industry, the corporate-run media establishment, the U.S. Congress and the deep state intelligence community.”

The nation has been infiltrated by traitors within the nation and that will cause its demise. They have become the blind leaders – from politicians, corporate officers. THEY LIVE in tech companies and within the movie industry. THEY LIVE within the Government.

You usually can identify them by their fruit, especially as history has shown us:

It began with the Middle East – the 4 Angels of the Euphrates are Iraq, Turkey, Syria and Iran. See also A Mathematical Bible Code.

"Dave Hodges, 6/2/2020: "Recently, I interviewed Mike Adams regarding the fluid and very volatile set of affairs in both our country and around the world. As a point of reference, I would refer the reader to a recent article where I spelled out six phases that the Deep State and the Democrats are following in order to conduct a Bolshevik Revolution against the Republic and the American people.

In short, America, is one major conflict away from descending into the most tyrannical government that the planet has ever witnessed. The spirit of Mao, Lenin, Stalin and Hitler is very much alive in the Democratic leaders who are behind this coup…"