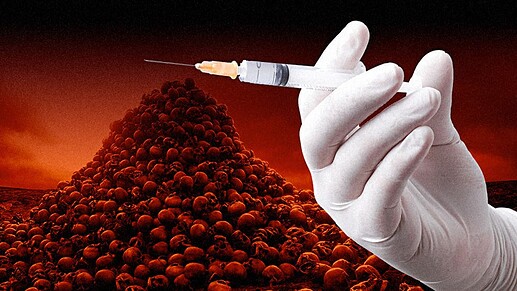 The latest drop of pages from the secret Pfizer documents reveals that the pharmaceutical giant is fully aware that its Wuhan coronavirus (Covid-19) “vaccine” will soon result in mass depopulation of the world.

The June 1 dump contains a document called “reissue_5.3.6 postmarketing experience.pdf,” page 12 of which includes disturbing data on getting Pfizer’s Fauci Flu injection during pregnancy and lactation.

It turns out that 90 percent of pregnant women who took the shot ended up losing their babies. This is a shocking figure that the U.S. Food and Drug Administration (FDA) apparently did not think twice about when granting Emergency Use Authorization (EUA) to the jab.

“Pfizer states in the document that by 28th February 2021 there were 270 known cases of exposure to the mRNA injection during pregnancy,” reports Exposé News. “Forty-six-percent of the mothers (124) exposed to the Pfizer Covid-19 injection suffered an adverse reaction.”

Of 270 tracked pregnancies, Pfizer lost track of 238 of them

In America, the Demon-rats are holding a ‘Leadership Conference’… Guess Who It’s Sponsored By Democrats Are Holding a ‘Leadership Conference’… Guess Who It’s Sponsored By.

Taking place July 15th through 17th, the event and gala count Pfizer as one of its lead corporate sponsors in addition to Democratic campaign and lobby groups. ActBlue – the prominent payment processor for Democrats and Black Lives Matter – is also a sponsor, in addition to the American Federation of Labor and Congress of Industrial Organizations (AFL-CIO).

The “Leadership Blue” event, hosted in Tampa, convenes Democratic candidates for office and Florida Democratic Party (FDP) officials from across the state for training seminars and meetings.

Pfizer’s sponsorship appears to pose yet another conflict of interest given the company’s role as a COVID-19 vaccine maker which still enjoys government protection against legal challenges over their MRNA therapies.

Furthermore, despite obscuring results from its pharmaceutical trials and studies suggesting natural immunity confers better protection than COVID-19 vaccination, the company has continued to receive approval on its vaccines and boosters from the Food and Drug Administration (FDA).

Meanwhile, Floridian Democrats have criticized state Governor Ron DeSantis for failing to implement COVID-19 vaccine mandates for businesses and schools – a policy that directly affects Pfizer’s profits. The pharmaceutical giant has spent a record-breaking amount on lobbyists throughout COVID-19, strategically tapping former government employees with ties to Joe Biden, to push for authorization of its vaccine.

Pfizer has employed a similar tactic outside the political sphere, as individuals tied to the company hold influential roles within media, technology, and the World Economic Forum (WEF). Earlier this year, Democrats en masse voted against a move that would prohibit the monitoring and persecution of American citizens who refused the vaccine.

In October 2021, a Pfizer scientist was caught on hidden camera admitting to profiteering off COVID-19.