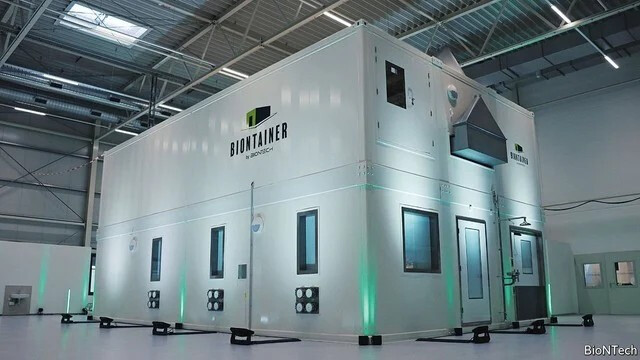 At the heart of its site in Marburg, Germany, BioNTech is putting the finishing touches on a new kind of factory. The drug company has spent eight months reworking its manufacturing processes to produce its mrna covid-19 vaccine inside a set of standard shipping containers. By creating a modular approach to drug manufacturing, Ugur Sahin, BioNTech’s boss, says he aims to transform medicine production around the world.

The work is analogous to software developers rewriting their code to run on different kinds of computer—porting a game from Microsoft’s Xbox so that it will run on a Sony PlayStation, for example. Biological porting involves tweaking the 50,000 steps that comprise the manufacturing process of the mrna vaccine from one environment, BioNTech’s existing production lines around the world, so that they work in another, a series of connected, standard metal shipping containers. The firm plans to send its containerised mrna factories—which it calls Biontainers—to parts of the world which lack their own vaccine-manufacturing capabilities. The first will arrive in an African country, not yet named, towards the end of 2022. 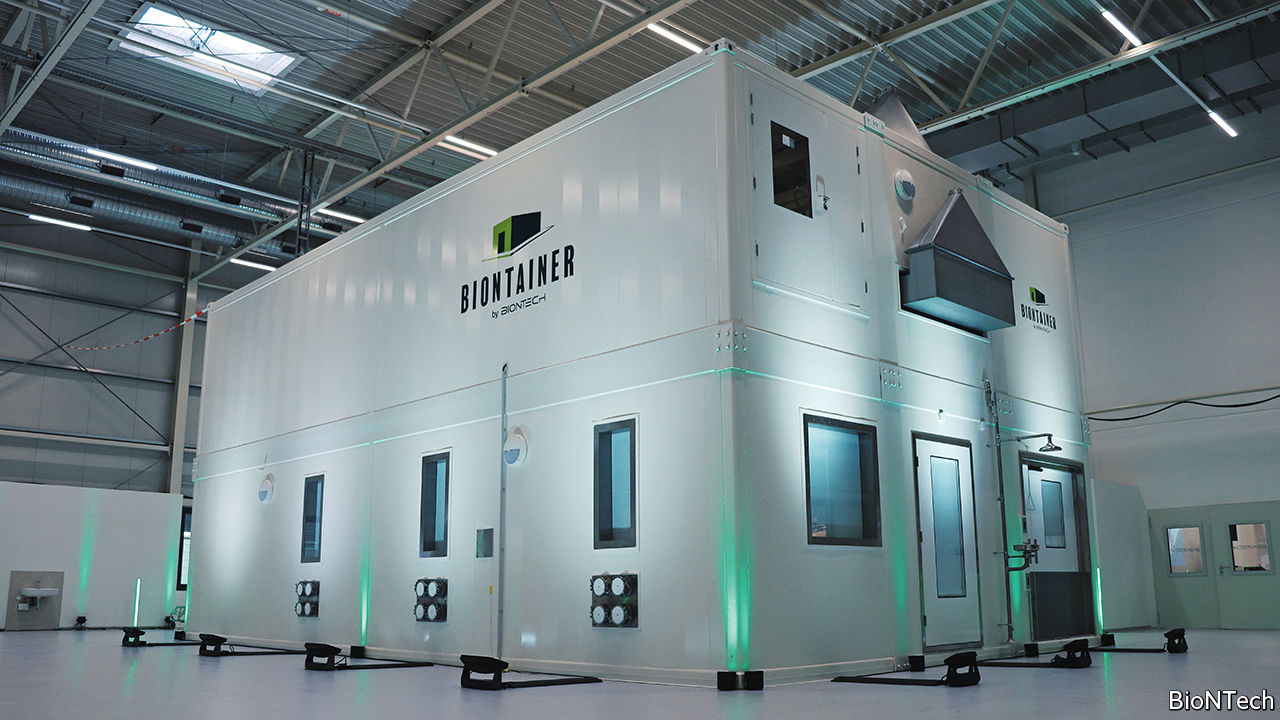