Big Pharma is about to be sued out of existence because... 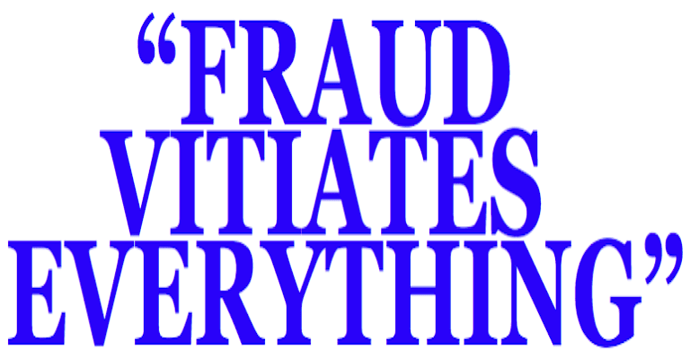 There is now an overwhelming body of hard evidence that categorically proves that the American Big Pharma producers of Covid ‘vaccines’ committed intentional and egregious fraud in the roll-out of their extremely dangerous and deadly injections.

The true scope and magnitude of their fraudulent corporate conduct is only now coming to light; nevertheless, the irrefutable proof of premeditated fraud which has already been accumulated is so incriminating that Big Pharma will eventually collapse.

Pfizer, Moderna and Johnson & Johnson are not the only Big Pharma companies that have poisoned to death and/or sickened countless American citizens; all the other vaccine manufacturers are also culpable of perpetrating a multi-decade criminal conspiracy. For example, both the mandatory childhood vaccination schedules and voluntary adult flu shot programs have been rife with fraud and malicious intent as the rapidly growing number of serious vaccine injuries and deaths clearly indicates. See: FLASHBACK: COURT RULES VACCINES CONTRIBUTE TO AND CAUSE SIDS DEATHS

In point of fact, the great number of vaccine-induced injuries and post-vaccination deaths suffered by school children, which have occurred uninterruptedly over many years, is proof positive that Big Pharma knowingly committed a murderous fraud as they continue to today.

Let’s face it: When even a former BlackRock executive comes out and makes these damning statements, the end is near for the entire Big Pharma international crime syndicate.

It’s not only Big Pharma that’s in BIG trouble with the American people.

The corporate Mainstream Media is also a willful accomplice in this genocidal scheme that is killing trusting citizens across the USA. For they could never have deliberately killed this many people were those two co-conspirators — Big Media & Big Pharma — not thicker than thieves.

If there’s any doubt about the sheer depth and breadth of this highly organized and well planned Covid depopulation scheme, the following video will forever erase it.

All of this unprecedented litigation concerning COVID-19 crimes against humanity translates to one very firm and unmistakable conclusion as far as the Big Pharma corporate criminals are concerned:

Which means that Big Pharma will crash and burn in a day and a night after the U.S. citizenry takes them to court for the massive and highly calculated fraud that defines their unparalleled Covid crime spree. Because once they committed that intentional fraud, they immediately relinquished their corporate shield of liability.

Even more significantly, Pfizer, Moderna and Johnson & Johnson recklessly exposed themselves — both the corporate officers, scientists and physicians as well as the entire corporation — to criminal prosecution for mass murder.

Given the enormity and gravity of this ongoing crime wave, the only expected outcome of the future legal proceedings is that these rogue companies will be shut down as fast as they terminated the Arthur Andersen accounting firm in 2002 after the Enron Scandal was fully prosecuted.

KEY POINT: It was the U.S. Supreme Court that handed down the original landmark decision which essentially ruled that “FRAUD VITIATES EVERYTHING” via: United States v. Throckmorton 98 U.S. 61. “There is no question of the general doctrine that fraud vitiates the most solemn contracts, documents, and even judgments” reads the final decree. Therefore, Big Pharma, as a result of its many patently fraudulent Covid ‘vaccine’ endeavors, has forever nullified all indemnification agreements, legislated protections, and especially its corporate shield of liability.