Biden and Xi sit down for their high-stakes meeting

Where is the gold fringe on the American flag?

Was it "handed" over to the Chinese. 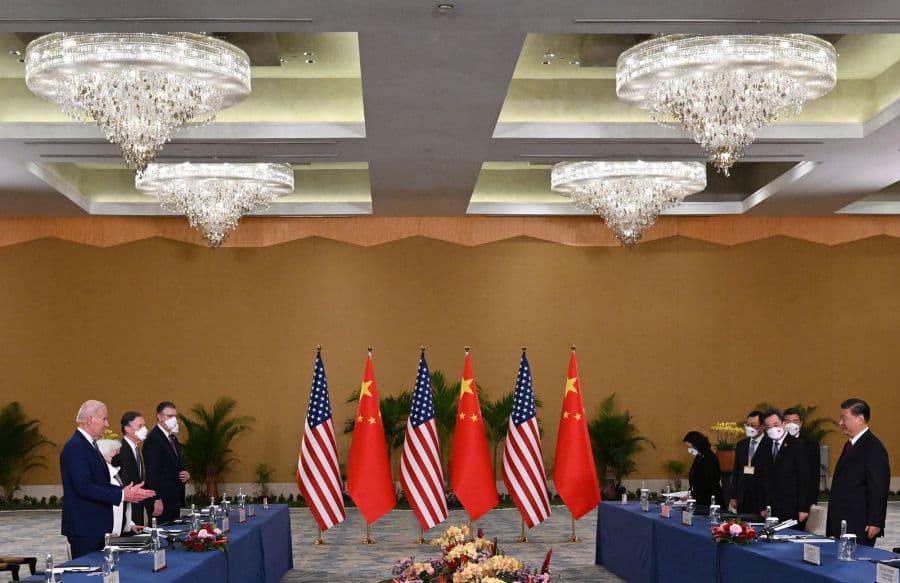 US President Joe Biden and Chinese leader Xi Jinping have sat down at their tables, flanked by officials on each side.

Biden and Xi both did not wear masks, while the other officials in the room all wear masks.

“I’m committed to keep lines of communication open between you and me personally, but our governments across the board, because our two countries have so much that we have the opportunity to deal with,” said Biden in opening remarks.

“As the leaders of our two nations where share responsibility in my view to show that China and the US can manage our differences, prevent competition from becoming anything even near conflict and find ways to work together on urgent, global issues that require our mutual cooperation.” 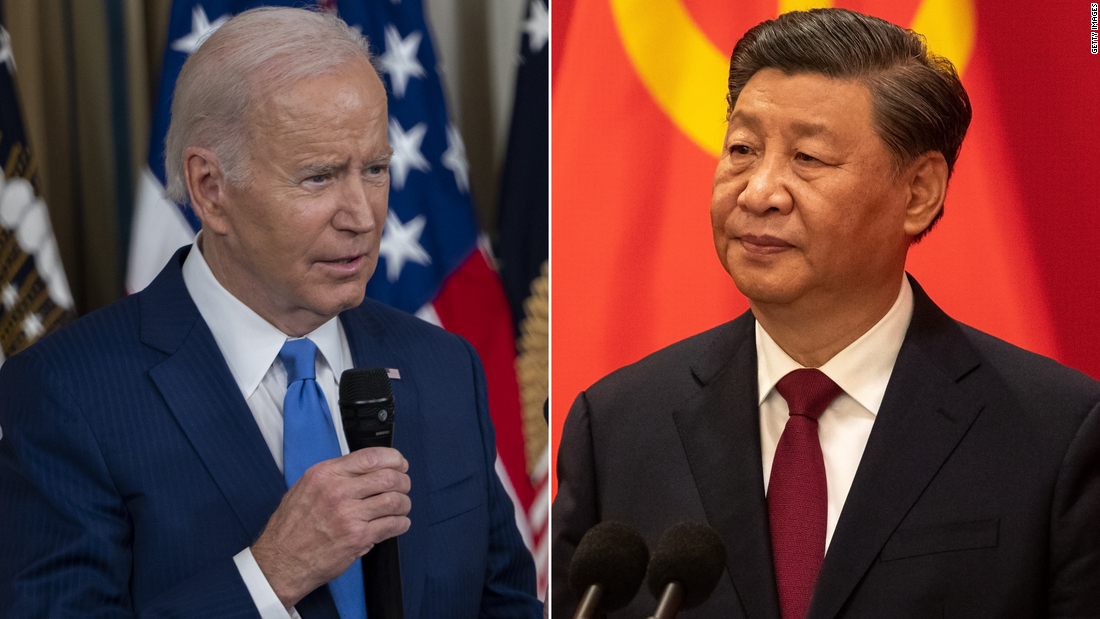 US President Joe Biden will meet Chinese leader Xi Jinping face-to-face on Monday on the sidelines of the G20 summit in Bali, Indonesia.

‘Weeks when decades happen’: Thwarting Xi’s ‘100 days’ with Biden’s own

There are times when major events happen in such a truncated time. Bolshevik leader Vladimir Lenin purportedly said in 1917, when he was still in exile in Zurich, “There are decades where nothing happens, and there are weeks where decades happen.”

In American history, we can think of times like these, such as the “100 days” in 1947, from President Harry Truman’s March 12 announcement of what would become known as the Truman Doctrine to Secretary of State George Marshall’s June 5 outline of the Marshall Plan for reconstructing Europe. So, too, the weeks from the Chinese Communist Party’s (CCP) 20th Congress in mid-October, through the midterm elections, to the G20 meeting in Bali in mid-November should be considered Xi Jinping’s “100 days.”

Xi’s “100 days” started at the 20th Party Congress. This was momentous. First, it demonstrated that the CCP is Xi’s Party. Xi is in full control of the CCP, the Party will bend to his will, and it remains in control of China. Second, Xi offered the latest iteration of his objectives in his address. Briefly, there are three.

First, Xi proclaimed that the CCP is working to achieve the second centenary goal of building China into a modern socialist country in all respects and advancing the rejuvenation of the Chinese nation. The implications of this are that Xi is satisfied to convey to international audiences that the CCP will reach its ambitious aims of replacing the United States and the liberal international order with the CCP’s global leadership and an international order that reflects its totalitarianism.

Second, Xi is a steadfast communist, and the ideology of the CCP remains firmly anchored in Marxism and its guiding role for the Party. He wants to ensure the ideological purity of the CCP while strengthening its control over China and its influence worldwide.

Third, belligerence was the order of the day in Xi’s speech. Its aggressive language was pointed at the United States with its denunciations of hegemonism and implicitly its allies, like Japan, and partners, like India. Most explicitly, Xi’s aggressive intent was focused on Taiwan. The implication is that coercive measures against Taiwan in the near term are likely.

At the Nov. 15-16 G20, the world may be certain that what was evinced at the 20th Party Congress will be fully displayed. Xi will be on the world stage for the first time since the Congress, providing him with the opportunity and the compelling need to contrast his vision of the world that China seeks to create with that of the United States. Xi’s remarks will likely focus on the world’s political, economic, and scientific development. Still, these remarks will be a stalking horse for his argument that the United States and the liberal order must be replaced by the Chinese regime’s totalitarian vision. His aggression toward the United States, Japan, and Taiwan will also be transparent. The contrast between Xi’s verbal pugnaciousness and President Joe Biden’s remarks and performance will be noted and certainly contrasted unfavorably in Chinese media. Xi’s “100 days” will not end with Bali, but the world should expect a flurry of activity by Xi and the government as they build on the momentum established at the 20th Party Congress and the G20.

Xi’s Olympian ambitions can be thwarted. There is much to do in every respect about meeting the threat. But some three weeks after the 20th Party Congress, the U.S. midterm elections provide the opportunity to advance U.S. national security. The new Congress can provide leadership regarding the China threat. This includes directing the U.S. government to combat it and informing the American people about its activities, the threat to the homeland, and the birthright of the American people. This requires combatting Wall Street’s relationship with the Chinese regime and providing greater support for allies and partners. It also means bolstering defenses.

Congress needs to work with the administration to have an adequate conventional and nuclear force structure to meet its national security interests, including commitments to allies and partners. To that end, working with the Biden administration, Congress should conduct a modern version of Secretary of Defense Les Aspin’s 1993 “Bottom-Up Review” to gauge the ability of the services to identify their missions against China, to meet those missions, and to ensure that the domestic industries, including shipbuilding and aircraft, and supply chains are sufficient to support the services in a war of attrition against the Chinese regime. Moreover, they must guarantee that these supply chains are completely free from China’s intelligence collection and physical or cyber penetration.

Beyond the major steps that Congress can take, at the Bali G20, Biden must do what he has been reluctant thus far to state—he must declare the United States understands that the Chinese regime is an immediate and potent enemy of the United States, its allies and partners, the liberal order, and of freedom-loving people around the world. A forthright and direct address that contrasts the world that Xi is seeking to create with the present one is necessary, and the G20, itself a product of the international order created by the United States, provides the perfect opportunity. Biden then could work with the new Congress to advance the agenda necessary to defeat the Chinese regime.

During Xi’s “100 days,” his aggressive statements must be checked so as not to embolden him, allow any misperception that he has a window of opportunity to act, or that the United States will not stand with its allies like Australia and Japan or key partners like India and Taiwan. Biden needs to act as rapidly and forcefully as Truman did in the spring of 1947. Starting at the G20, Biden needs his own “100 days” to enact with Congress, as Truman did, bold policy changes that will define the U.S. response to Xi’s ambition and aggression.