Bhakdi/Burkhardt pathology results show 93% of people who died after being...

The vaccine was implicated in 93% of the deaths in the patients they examined. What's troubling is the coroner didn't implicate the vaccine in any of those deaths.

The vaccine was implicated in 93% of the deaths in the patients they examined. What's troubling is the coroner didn't implicate the vaccine in any of those deaths.

The vaccines are bad news. Fifteen bodies were examined (all died from 7 days to 6 months after vaccination; ages 28 to 95). The coroner or the public prosecutor didn’t associate the vaccine as the cause of death in any of the cases. However, further examination revealed that the vaccine was implicated in the deaths of 14 of the 15 cases. The most attacked organ was the heart (in all of the people who died), but other organs were attacked as well. The implications are potentially enormous resulting in millions of deaths. The vaccines should be immediately halted.

No need to worry. It is doubtful that anything will happen because the work wasn’t published in a peer-reviewed journal so will be ignored by the scientific community. That’s just the way it works.

I got an email recently from Mike Yeadon, former VP of Pfizer, who urged me to check out this video (below).

The video references this paper, posted on December 10, 2021 – On COVID vaccines: why they cannot work, and irrefutable evidence of their causative role in deaths after vaccination by Sucharit Bhakdi, MD and Arne Burkhardt, MD. It has been getting a lot of attention lately. 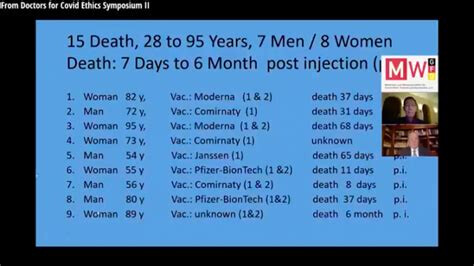 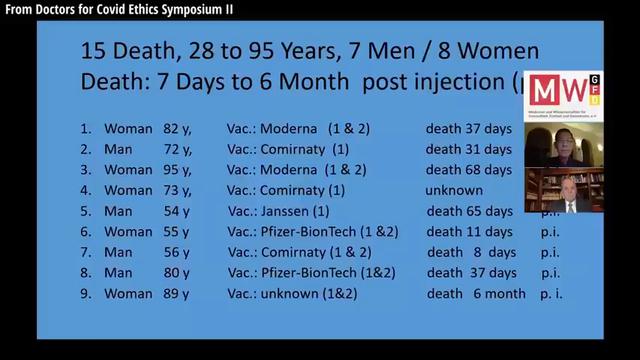 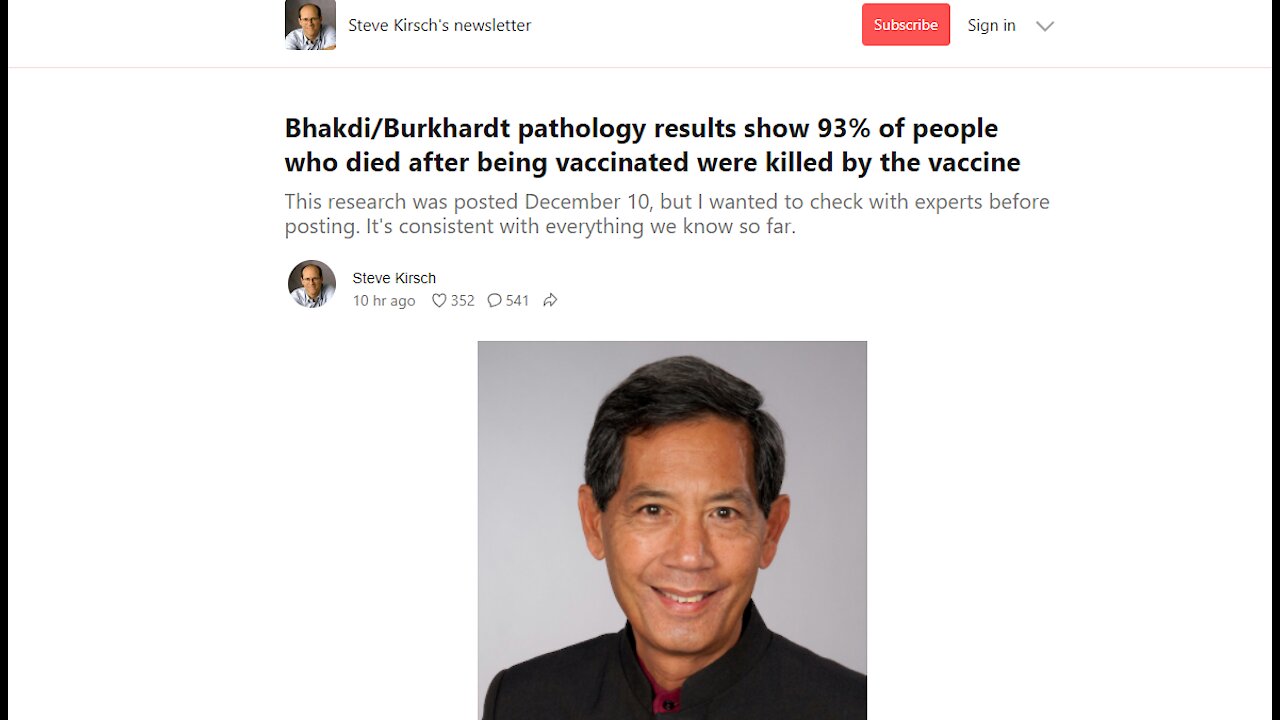 BREAKING REPORT: 93% OF PEOPLE WHO DIED AFTER BEING VACCINATED WERE KILLED BY... 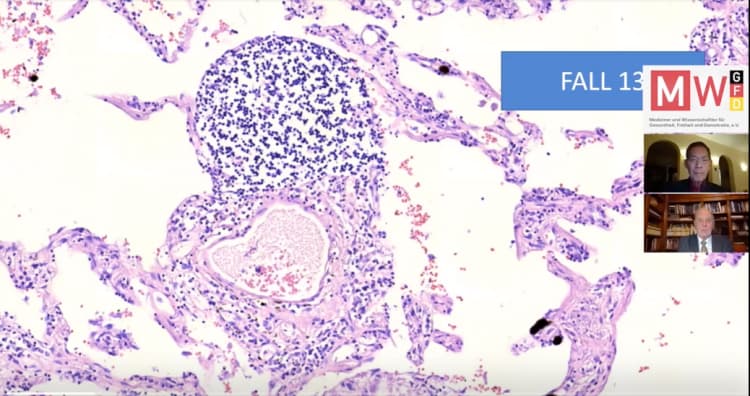 On COVID vaccines: why they cannot work, and irrefutable evidence of their causative role in deaths after vaccination 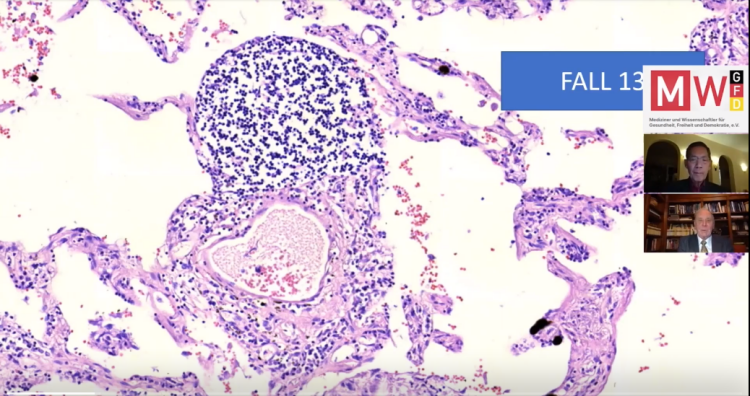 On COVID vaccines: why they cannot work, and irrefutable evidence of their...

In this document, Dr. Bhakdi points out that the organization of the immune system itself will prevent any and all intramuscularly injected vaccines from reliably protecting the respiratory tract against infection; the COVID vaccines simply conform...

We herewith present scientific evidence that calls for an immediate stop of the use of gene-based COVID-19 vaccines. We first lay out why the agents cannot protect against viral infection. While no positive effects can be expected, we show that the vaccines can trigger self-destructive processes that lead to debilitating illness and death.

Why the vaccines cannot protect against infection

A fundamental mistake underlying the development of the COVID-19 vaccines was to neglect the functional distinction between the two major categories of antibodies which the body produces in order to protect itself from pathogenic microbes.

The first category (secretory IgA) is produced by immune cells (lymphocytes) which are located directly underneath the mucous membranes that line the respiratory and intestinal tract. The antibodies produced by these lymphocytes are secreted through and to the surface of the mucous membranes. These antibodies are thus on site to meet air-borne viruses, and they may be able to prevent viral binding and infection of the cells.

Vaccines that are injected into the muscle – i.e., the interior of the body – will only induce IgG and circulating IgA, not secretory IgA. Such antibodies cannot and will not effectively protect the mucous membranes from infection by SARS-CoV-2. Thus, the currently observed “breakthrough infections” among vaccinated individuals merely confirm the fundamental design flaws of the vaccines. Measurements of antibodies in the blood can never yield any information on the true status of immunity against infection of the respiratory tract.

The inability of vaccine-induced antibodies to prevent coronavirus infections has been reported in recent scientific publications.

The vaccines can trigger self-destruction

A natural infection with SARS-CoV-2 (coronavirus) will in most individuals remain localized to the respiratory tract. In contrast, the vaccines cause cells deep inside our body to express the viral spike protein, which they were never meant to do by nature. Any cell which expresses this foreign antigen will come under attack by the immune system, which will involve both IgG antibodies and cytotoxic T-lymphocytes. This may occur in any organ. We are seeing now that the heart is affected in many young people, leading to myocarditis or even sudden cardiac arrest and death. How and why such tragedies might causally be linked to vaccination has remained a matter of conjecture because scientific evidence has been lacking. This situation has now been rectified.

Histopathologic analyses have been performed on the organs of 15 persons who died after vaccination. The age, gender, vaccination record, and time of death after injection of each patient are listed in the table on the next page. The following points are of utmost importance:

But our subsequent histopathological analyses then brought about a complete turnaround. A summary of the fundamental findings follows.

Histopathologic findings of a similar nature were detected in organs of 14 of the 15 deceased. Most frequently afflicted were the heart (14 of 15 cases) and the lung (13 of 15 cases). Pathologic alterations were furthermore observed in the liver (2 cases), thyroid gland (Hashimoto’s thyroiditis, 2 cases), salivary glands (Sjögren`s Syndrome; 2 cases) and brain (2 cases).

A number of salient aspects dominated in all affected tissues of all cases:

Lymphocytic infiltration occasionally occurred in combination with intense lymphocytic activation and follicle formation. Where these were present, they were usually accompanied by tissue destruction.

This combination of multifocal, T-lymphocyte-dominated pathology that clearly reflects the process of immunological self-attack is without precedent. Because vaccination was the single common denominator between all cases, there can be no doubt that it was the trigger of self-destruction in these deceased individuals.

Beyond any doubt, injection of gene-based COVID-19 vaccines places lives under threat of illness and death. We note that both mRNA and vector-based vaccines are represented among these cases, as are all four major manufacturers.

PDF of "On COVID vaccines: why they cannot work, and irrefutable
evidence of their causative role in deaths after vaccination" 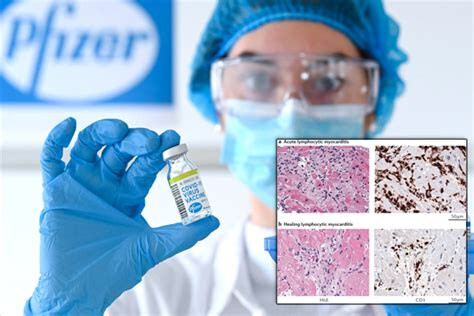 The Covid-19 jab was implicated in 93% of the deaths in people who were autopsied. The most interesting point to note is the original coroner or public prosecutor claimed that they were not due to the genocide jab. Initially, fifteen bodies were...

The Covid-19 jab was implicated in 93% of the deaths in people who were autopsied. The most interesting point to note is the original coroner or public prosecutor claimed that they were not due to the genocide jab. Initially, fifteen bodies were examined, from ages 28 to 95. They had died from 7 days to 6 months after “vaccination.” However, further examination revealed that the clot shot was the cause of death in 14 of 15 patients. The most attacked organ was the heart, but other organs were involved such as the lungs and liver. The significance of these findings is baffling, since there is a potential of millions of deaths.

Dr. Sucharit Bhakdi and Dr. Arne Burkhardt have done marvelous work to make the public aware of these dangerous Covid-19 shots. Family members requested the bodies of these victims to be thoroughly examined. Dr. Bhakdi has dedicated his whole life to practicing, teaching, and researching microbiology and infectious disease. Dr. Burkhardt is a world renowned pathologist and virologist who has published over 300 papers in the fields of immunology, bacteriology, and virology. Both men work currently in Germany. Ironically Dr. Bhakdi is thinking of leaving the country because health authorities want his 4 year old child Covid jabbed.

Both Dr, Bhakdi and Dr. Burkhardt noticed that in 14 of the 15 patients witnessed there were widespread evidence of the body attacking itself, which they had never seen before. These patients were people who died at home, in sporting events, in the car, or at work. Dr. Burkhardt was able to add 55 more patients to his examinations, increasing the total number to 70. In over 90% of the deceased, Dr. Burkhardt found autoimmune self-attack in the tissues of these organs by killer T-lymphocytes, in ages 28 to 90. In all deaths they found the same pathological findings. The only common denominator in all these people was the genocide Covid jab, a gene based therapy, which caused spike protein damage to tissue. Four of the victims from the Covid-19 shot, only received one dose. With each Covid jab, the immune system gets progressively worse. Dr. Bhakdi describes the shots as “leaky,”producing spike proteins that set up the organs for attack by killer lymphocytes. He also noted that these lymphocytes in the lymphatic system are dying. These cells are responsible for destroying viruses and bacteria that are already in our bodies, such as infectious mononucleosis, cytomegalovirus, herpes virus, Epstein-Barr virus, tuberculosis, toxoplasmosis, and any other dormant ones. Dr. Bhakdi also noted there is “an explosion of tumors and cancers among the vaccinated that no one can explain.” The lymphocytes are the cells responsible for controlling cancers in our bodies.

Dr. Hoffe had found earlier this year in his own research that 60% of patients who received the genocide jab, had elevated D-dimer levels, which is an indicator of clotting on on the walls of small blood vessels. Dr. Ryan Cole, another pathologist, is seeing a twenty-fold increase in uterine cancer, along with other tumors as well. Dr. Cole has noted that the “vaccines” do not cause patients to produce enough secretory IgA. Immunoglobulin A is the first line of defense against harmful microbes, while maintaining a balanced immunological response. Lastly, Dr. Cole acknowledges the T-cell infiltrates in the jabbed population are tissue destructive. He wants to do a study to see how the spike protein deposits in the organs at the site of the infiltrates.

The work of the Bhakdi/Burkhardt team is bombshell. This is the first time a study explained how the genocide jabs are killing lymphocytes in the lymphatic system, which is equivalent to a sewage treatment plant of the body. This will consequently lead to the emergence of dormant pathogens infecting the host. I personally know a nurse practitioner in Pennsylvania who came down with shingles and Covid-19 infection, after her third booster shot. One of the questions that I have and I believe we need more research on, is this: Is the death of the lymphocytes a permanent consequence of the Covid injection? We know from previous studies that each shot seems to destroy immunity. Are the jabbed setting themselves up for Antibody-Dependent Enhancement, which would lead to breakthrough infections?

The work of the Bhakdi/Burkhardt team, as well as Dr. Hoffe and Dr. Cole, can be outlined as follows. First, inflammatory events in small blood vessels, are characterized by an abundance of T-lymphocytes and dead endothelial cells, which in turn can lead to blood clots. Second, there is an extensive accumulation of T-lymphocytes in the tissue surrounding blood vessels. Third, there is a massive infiltration of organs and tissue with these killer cells. From the work of all these scientists, we see that the heart is the main organ involved, but clotting can occur anywhere with these Covid jabs, from the brain to the blood vessels. These “clot shots” must be stopped!

Autopsies Prove A Third Of Deaths Were From COVID Jabs

Scientist Show Vaccine Effects in Autopsies. Don’t Believe It? See For Yourself