Azopardi detects change in the air 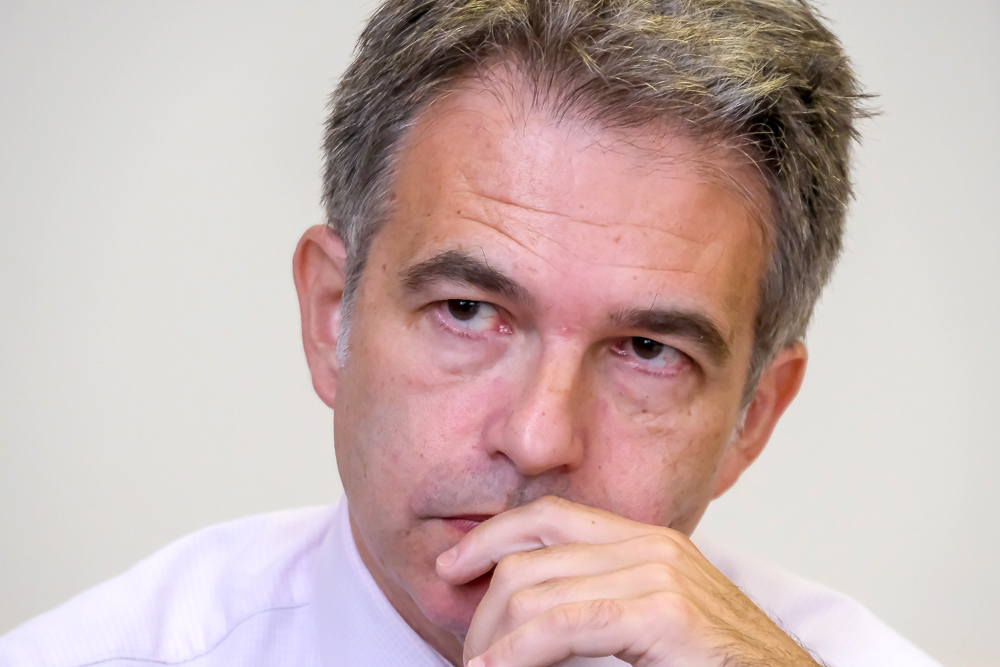 Azopardi detects change in the air

With two years still to go to the next general election, Keith Azopardi, the Leader of the Opposition, detects a hint of change in the political mood. The Gibraltar Government, he said, is facing a domestic governance crisis on multiple fronts. ...

With two years still to go to the next general election, Keith Azopardi, the Leader of the Opposition, detects a hint of change in the political mood.

The Gibraltar Government, he said, is facing a domestic governance crisis on multiple fronts.

From public finances to housing, the GHA and persistent, serious concerns surrounding the early retirement last year of former police Commissioner Ian McGrail, the government is under mounting pressure.

“What is happening in Gibraltar today convinces me more than ever that change is needed at the next election, not just because of the public finances, but also because of the domestic governance issues, the whole narrative of where we are,” Mr Azopardi said.

“We are now fighting a government that increasingly cannot be believed and uses the public interest or confidentiality as a shield in every single sense.”

“It takes on Action for Housing and can’t tell you details because of data protection. It hides behind the public interest on McGrail and other issues. It hides behind sub judice when it’s convenient.”

“But it’s all about the theme of the government doing things in an unaccountable way.”

“And it personalises debates so often, going for the jugular whenever it feels exposed to criticism.”

“There is a domestic governance crisis in Gibraltar.”

Mr Azopardi acknowledged that the tone of political discourse was often visceral and far from constructive.

But he insisted that, while “you may find me guilty sometimes”, it was a response to being provoked.

“We are now in a very dangerous situation in Gibraltar where I sometimes feel we are in a post-truth world, where the truth doesn't matter,” he said.

“But the truth matters, because otherwise it gives politics a bad name.”

“It's almost as if the government can say that anything is the truth, when it's obviously not true.”

The GSD Leader recognised too that his party “didn't do too well” at the last general election.

But he remained adamant that the GSD offered a viable alternative for government.

“Is it possible for us to win the election? Yes, I think so,” he said.

“It requires us to transmit our message in the proper way, to connect with people and to persuade enough people.”

“If they want change, they should vote for it.”

Mr Azopardi said the government must do more to improve public sector efficiencies against the backdrop of a crippling deficit that “cannot be brushed away” and public finances that, his party believes, were already under strain even before the impact of Brexit and Covid-19.

And he repeated his position that only an independent inquiry could lay to rest the concerns raised in a series of emails by the GHA’s former Head of Clinical Governance, Professor Derek Burke, about patient safety in the GHA.

“I take the simple view that we should have an independent investigation,” said Mr Azopardi, who was Minister for Health between 1996 and 2000.

“I'm not saying that these allegations are true or untrue, because I don't know.”

“If [Professor Burke] is right, then clearly there are some very serious issues.”

“He may be right, he may be wrong, he may be partly right. This is what we need to assess.”

“The point is we can’t move on, these serious allegations having been raised, without there being some kind of investigation and assessment.”

The nature of the allegations of systemic failures in the GHA, he added, meant the health authority could not be asked to “audit itself”.

Mr Azopardi repeated too calls for the government to move ahead with the public inquiry it had promised following the early retirement last year of former Commissioner Ian McGrail.

Mr Azopardi said that 14 months on, there was no excuse for the delay, adding that the government had only to set the terms of the inquiry and appoint a judge.

“The issue here is that in my view, there is an attempt to bury the public inquiry for whatever reason, I do not know why,” he said.

“The government made a commitment, it felt under pressure to make the commitment, and now it looks to me that actually they're trying to row back from that commitment.”

“Here we have a Commissioner of Police, the head of the police, who holds a very sensitive role in the context of our constitutional architecture, who suddenly retires early.”

“We find out subsequently that he’s been asked to stand down by the Chief Minister and the [then] acting Governor.”

“These are serious issues. There is a public interest here in ensuring that our constitutional architecture and our democracy is being protected and safeguarded, and that will only happen once the inquiry has happened.”