On Friday afternoon, while our cameraman Darren Durante was filming RFA Tidesurge, he spotted a helicopter in the Bay of Gibraltar.

The Wildcat is the latest generation of multi-role helicopter. It was procured to operate from the frigates and destroyers of the Royal Navy.

As a ship-borne helicopter, the Navy says the Wildcat provides commanders with the flexibility to be deployed to tackle a range of threats at sea and from the sea.

This afternoon's trial showed the precision with which the maritime attack helicopter is flown.

It approached a second RFA vessel in port, the Argus, from the starboard side.

The Wildcat then gently touched down on the 175m long vessel, which was berthed at the Naval Base. 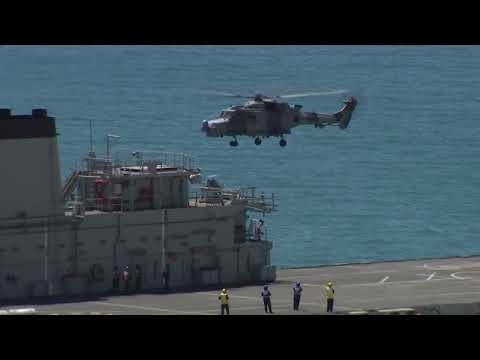