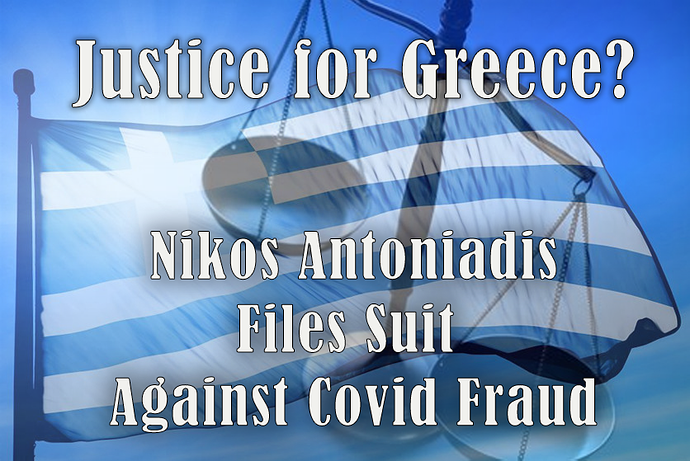 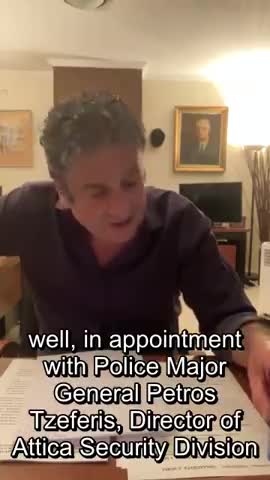 Greek Lawyer Nikos Antoniadis announced the 4311-page lawsuit he filed against the Greek Prime Minister, Members of Ministry Council, covid experts, covid hospitals, the media, specific judges and prosecutors, Facebook Corporation & Greek "fact checkers", and anyone else participating in the criminal organization that was formed in Greece, committing felonies against Greek people, in order to support the narrative of a "pandemic" via the application of two protocols: the Protocol of Fraud and the Protocol of Death.

A second lawsuit follows, proving that the final scope of the pandemic narrative is the mass murder of a part of the population in the frame of global depopulation plan, and it is being achieved via the application of a third protocol: the Protocol of Mass Vaccination.

Watch the whole video and feel free to share it around the globe.

The lawsuit was filed right before midnight on 19th July 2021.

BREAKING- LAWSUIT FOR THE GREATEST FRAUD IN THE HISTORY OF THE GREEK...

THE LAWSUIT FOR THE GREATEST FRAUD IN THE HISTORY OF THE GREEK NATION WAS FILED Last night, shortly before midnight, after my consultation with the Director of Security of Attica, Lieuten…

During the “pandemic”, Greek lawyer Nikos Antoniadis has devoted himself to helping patients that are being held in hospitals, collecting evidence that proves the biggest scam in the history of Greek nation.

He has also helped several covid victims’ families prove that the cause of death of their beloved ones was not covid, despite what was stated in the official documents.

By 20th of July 2021, he has managed to have 18 postmortems operated and 100% of his examined cases have shown no covid, and has helped dozens of families, proving that there is “a protocol of death” which is being followed by hospitals leading patients to scheduled intubations and consequently death.