Are the Media and medical profession accessories to mass murder? 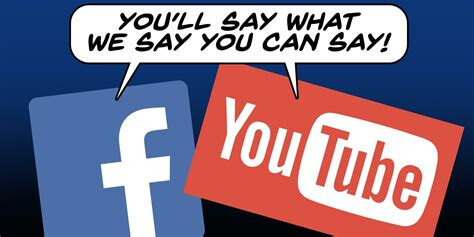 I shall pose a simple question that demands a simple answer. The question is straightforward and one which is in the back of the minds of thinking people around the world, observing our “new” reality as we deal with the residue and re-emergence of the on-going “emergency” brought into our world by the COVID-19 Corona Virus.

Simply put: Are the Media and medical profession accessories to mass murder? By “the media” I refer not only to the broadcast media of radio and television; nor the cable news media, nor just newspapers and magazines. I am especially referring to “social media” — specifically Facebook, Twitter, Google and YouTube.

I ask this question for a very simple reason. It was recently announced, or more correctly admitted, that Hydroxy-chloroquine (HCQ), when administered in the early stages of the onset of COVID-19 within the first ten days, could have reduced eventual mortality rates by up to a staggering 85%! Another drug, equally as efficacious as HCQ called Ivermectin, was also suppressed by the m/ass and social media behemoths.

The reason these drugs were not utilized but were instead vilified and scorned is more than instructional; it is conspiratorial. All the evidence points to purposeful suppression of their efficacy in order to boost the sales of the mRNA-oriented “vaccines,” specifically those made by Astro-Zeneca, Johnson & Johnson and Pfizer, utilizing their vast connections to government and mass media to suppress any treatment that might cut into their profits.

True, I cannot specifically cite names and identify time, place and circumstance where “deals” and “agreements” were struck to demonize readily available alternatives to the experimental genetic mRNA serum (not honestly a vaccine, as it does not create anti-bodies). Nevertheless, the near universal condemnation of these drugs by our medical and social media establishments did not happen by chance.

HCQ is a drug that has a 75 + year track record of use by the military in malaria infested countries, which is one of the reasons that the Corona virus was so well controlled in those countries. The one undeniable aspect of this story is that anything Donald Trump mentioned or recommended as a potential treatment or preventative was immediately demonized as dangerous, hazardous, and a potentially deadly killer by both media and medical establishment voices.

Once Donald Trump announced he was taking hydroxy-chloroquine, the mass media went out of their way to demonize Trump, his advice, and this preventative. Essentially the same story happened with Ivermectin, which was also found to be efficacious by doctors not on the payroll of the CDC, the Federal Government or The World Health Organization.

According to a study recently published in The World Tribune, “…a staggering number of American lives could have been saved with hydroxychloroquine (HCQ).” The study was done by Dr. Stephen M. Smith of Yale University, former research scientist at the National Institute of Allergy and Infectious Diseases, in which it was found that treatment with hydroxychloquine coupled with azythromycin improved patient survival rates by one hundred percent!

Dr. Smith found the idea of banning HCQ, as was done by many hospitals and many states, was “extraordinary” as normal practice would allow doctors leeway in deciding what treatment regimen would be effective in every given situation for their individual patients. Smith found the idea of banning HCQ was “… totally unethical.” Further, he stated, such a ban “… goes against all my understanding of medical ethics in research.”

The burning question is why did this happen, and who stood to gain? Follow the money… right back to the pharmaceutical giants Pfizer, Johnson & Johnson and Astra-Zeneca. It is obvious that all three had a vested interest in in keeping HCQ off the list of treatment options. If it became wide spread public knowledge that the administration of HCQ in tablet form actually worked as both a curative and preventative, these three pharmaceutical giants stood to loose billions in potential sales to governments around the world.

No other treatment options were ever offered the general public, for as soon as doctors not on the research gravy train of the Federal Government, CDC or WHO tried to find alternatives to a serum that had undergone no real safety testing and was issued to the public only on an emergency experimental basis, advocacy groups such as America’s Frontline Doctors were banned from all social media platforms, especially Facebook, YouTube, Twitter and Google searches, so that their recommendations, observations and experience with HCQ, Ivermectin and other preventative drugs was ridiculed and suppressed.

Now we learn that Google, due to its association with one of multi-billionaire George (Georgy Swartz) “Soros” many foundations actually has a vested interest in suppressing the use of alternative treatments other than the so-called “vaccines,” as they have direct financial interests in seeing that as many people get the vaccine as possible.

What are the basis of these financial interests? Google has invested in the testing kits for COVID, so the more people who need the kits, the more money they make selling them. But that’s not all. It seems that Bill Gates, America’s largest holder of farmland, in conjunction with Google and Soros, are also in the business of collecting DNA samples from the world’s general population through those testing kits for yet another business they expect to capitalize within the next few years: DNA research for the “singularity,” the “man-machine” interface.

Every PCR Covid tests helps bring us closer to the day when, with the help of Gates and Soros, we can meld with machines and create a new human race. What could possibly go wrong?