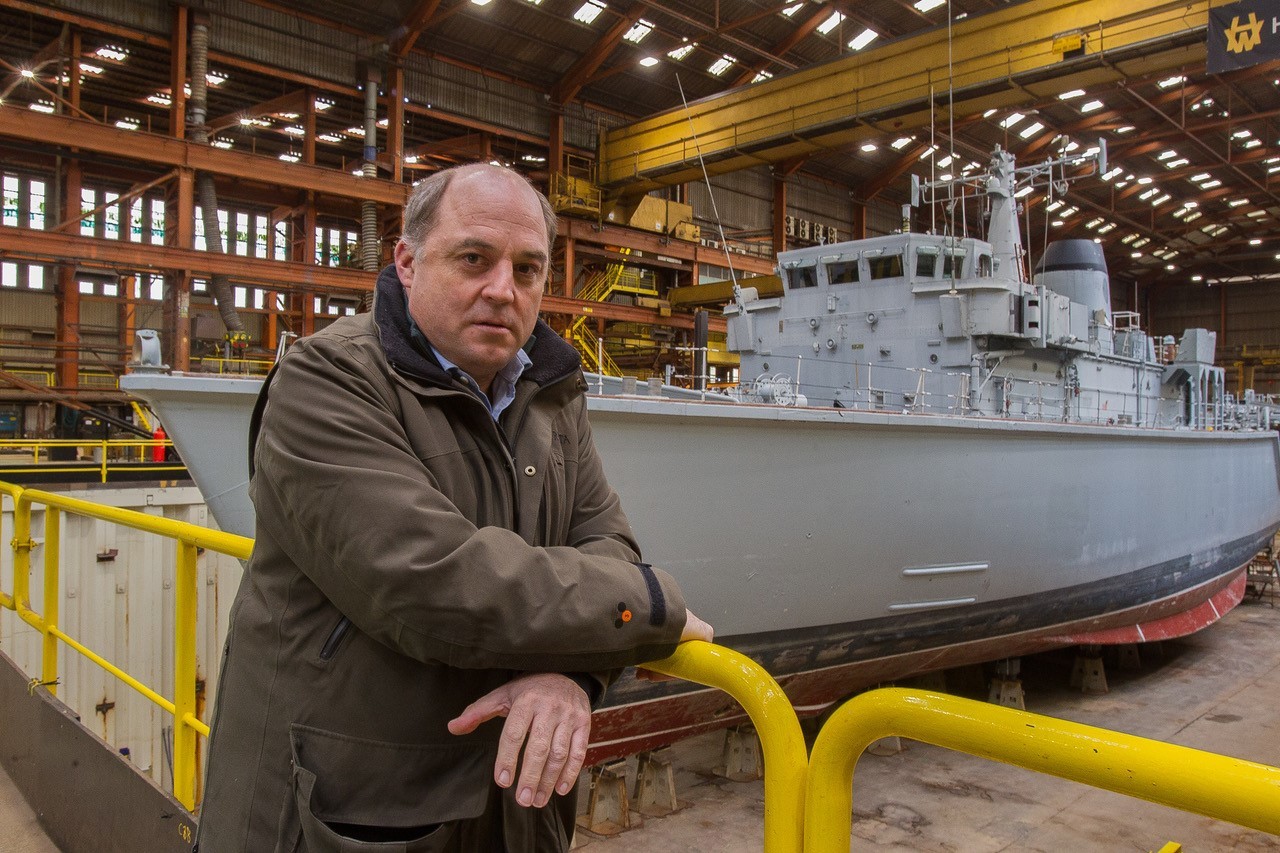 By Gavin Cordon, PA Whitehall Editor The UK Government has been accused of a “betrayal” of British shipbuilding following the announcement that part of the construction work on the Royal Navy’s £1.6 billion new supply vessels will be carrie...

The UK Government has been accused of a “betrayal” of British shipbuilding following the announcement that part of the construction work on the Royal Navy’s £1.6 billion new supply vessels will be carried out in Spain.

The Ministry of Defence (MoD) said 1,200 new jobs will be created in UK shipyards – with hundreds more in the supply chain – after a consortium including Harland & Wolff was named as the preferred bidder to build the three Fleet Solid Support (FSS) ships.

But, while the final assembly will take place at the company’s yard in Belfast, unions expressed concern that most of the high-value work as well as the intellectual property will go to the Spanish state-owned shipbuilder, Navantia.

The company’s UK subsidiary will act as the prime contractor in the Team Resolute consortium with Bath-based BMT carrying out the design work.

The MoD said the agreement will enable the transfer of Navantia’s cutting edge digital shipyard knowledge from its Cadiz yard to Harland & Wolff, supporting the modernisation of its Belfast yard.

Sources close to the deal said there was a commitment to at least 60% of the work being carried out in the UK with majority of the blocks and modules for the ships being constructed in Belfast and at Harland & Wolff’s facility in Appledore in Devon.

Components will be manufactured at the company’s centres in Methil in Fife and Arnish on the Isle of Lewis.

Defence Secretary Ben Wallace said the announcement is a “significant boost” to the UK shipbuilding industry.

“By selecting Team Resolute, the Ministry of Defence has chosen a proposal which includes £77 million of investment into the UK shipyards, creating around 2,000 UK jobs, and showcasing cutting-edge British design,” he said.

“Building on ambitions laid out in the National Shipbuilding Strategy, this contract will bolster technology transfer and key skills from a world-renowned shipbuilder, crucial in the modernisation of British shipyards.”

However, shadow defence secretary John Healey said it is “a betrayal of British jobs and British business”.

He said: “Ministers have rejected a big opportunity to boost our UK economy and strengthen our sovereign industrial capability at a time when threats are increasing.”

Ian Waddell, general secretary of the Confederation of Shipbuilding and Engineering Unions, said it marked the first time a designated UK warship is being built by a Spanish-owned company and could create a precedent for the future.

“We will be vigilant in checking that promises made around regeneration, jobs and investment are kept and that they are legally enforceable with contractual guarantees,” he said.

“There is now a massive hole in terms of work needed to maintain our skills base in order to deliver on the National Shipbuilding Strategy.”

Mike Clancy, general secretary of the Prospect union, said it was “a terrible, short-sighted decision” and a missed opportunity to support the whole of UK shipbuilding.

“At a time when the economy is struggling, it is short-sighted in the extreme to go with a bid that takes most of the high-value work and intellectual property overseas,” he said.

“Spain will be delighted with the Government’s approach to levelling up. It is now essential that the Government does all it can to maximise the small amount of work going to UK yards.”