Airport tunnel 'likely' to be handed to Government in early September, meaning it could be open to public end of the year or start of 2023 Airport tunnel 'likely' to be handed to Government in early September,...

The airport tunnel is “likely” to be handed over by the contractor OHL to the Government in the first week of September.

The Chief Minister told Parliament in May that the anticipated handover date given by the contractor was the 16th of August - yesterday - while warning the date was not set in stone.

In answer to GBC questions, the Government’s site team has now confirmed the tunnel has not yet been handed over by the contractor and that when they do the Government will still need to do 12 weeks’ worth of works.

In his address to Parliament in May, Fabian Picardo said the civil engineering and structural engineering works on the tunnel were almost complete, with final snagging and defects correction taking place. He said the mechanical and electrical equipment was mostly installed, although not fully completed, and was undergoing testing and commissioning.

Once all this is successfully completed, a number of works will need to be completed - which are outside the scope of the tunnel contract - before it can be opened to traffic. These works are primarily in the area of Devil’s Tower Road, Eastern Beach Road and the southern tunnel approaches, and are programmed to take 12 weeks.
We know pedestrians and cyclists will still be able to cross the runway after the airport tunnel opens. Anyone who has been stuck in traffic when planes land and take off will be eagerly awaiting the opening.

While the Chief Minister has previously stressed it is not possible to provide definitive dates for this project, the latest information suggests the tunnel could be open to the public at the end of this year or the beginning of 2023. 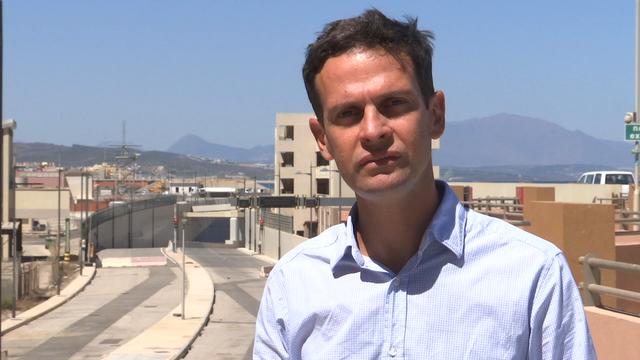 Gibraltar Airport tunnel to be handed to Govt Sept could open to public 2022...

Read the post/thread at Defending-Gibraltar that contains this video: Airport tunnel ‘likely’ to be handed to Government in early September, meaning it could be open to public end of the year or start of 2023 https://defending-gibraltar.net/t/airpor…