58% of Infant Deaths Reported to VAERS Occurred Within 3 Days of Vaccination, Research Shows 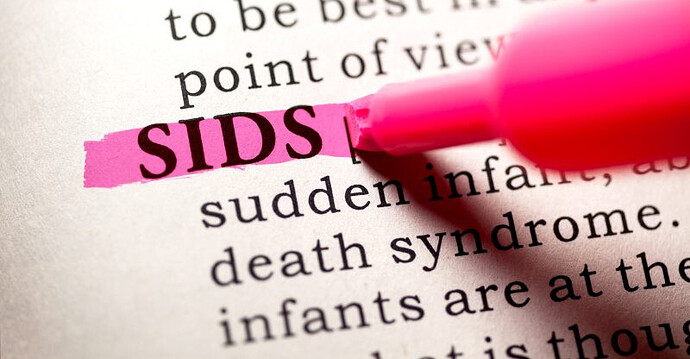 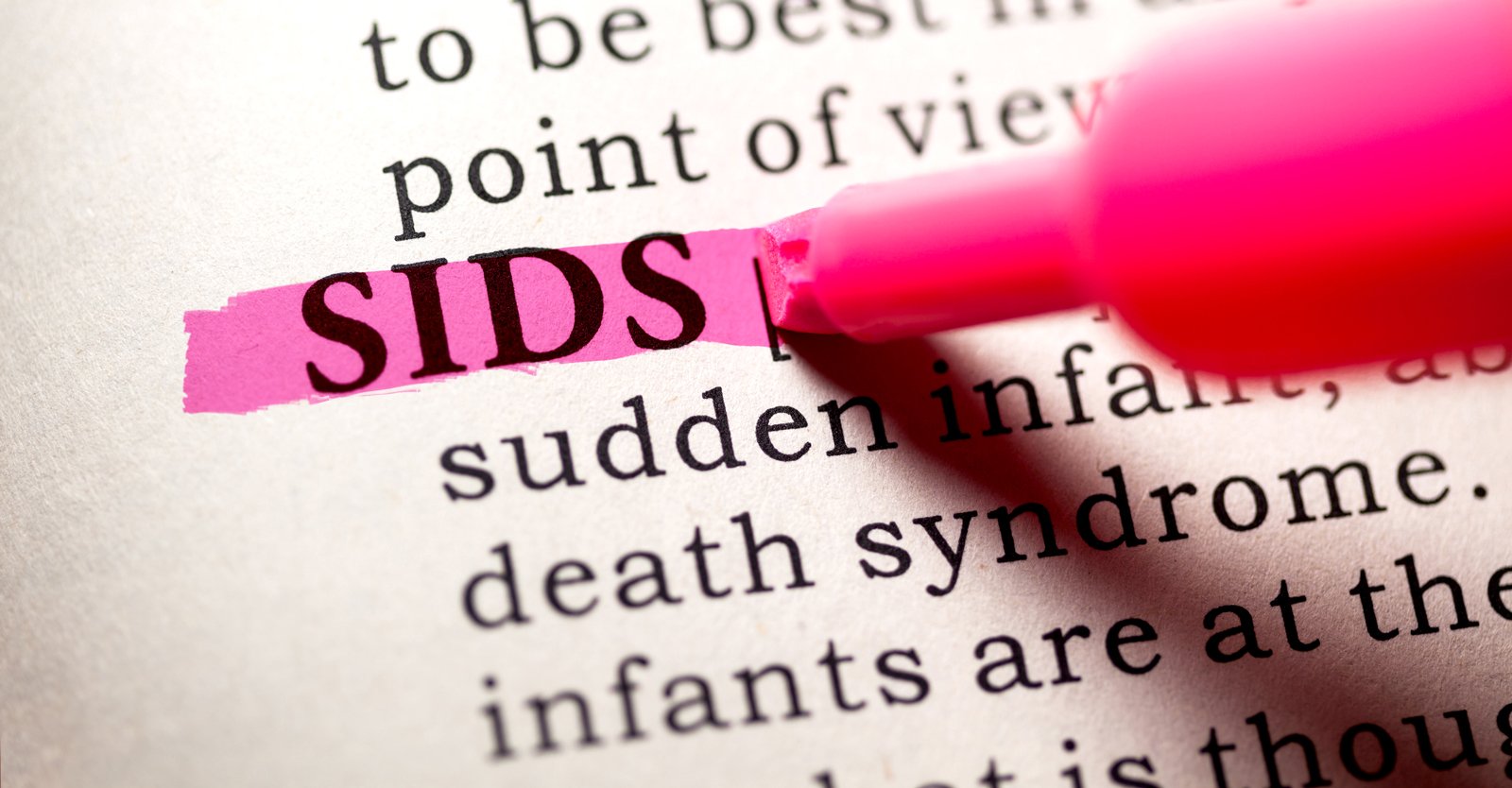 58% of Infant Deaths Reported to VAERS Occurred Within 3 Days of Vaccination,...

In a new research paper published in the journal Toxicology Reports, author Neil Z. Miller found that out of a total of 2,605 infant deaths reported to VAERS between 1990 and 2019, 58% occurred within three days of vaccination, and 78% occurred...

In a new research paper published in the journal Toxicology Reports, author Neil Z. Miller reports on the relationship between sudden infant death syndrome (SIDS) death and the timing of vaccination, based on the Center for Disease Control and Prevention’s (CDC) Vaccine Adverse Events Reporting System (VAERS) database.

SIDS is defined as the sudden and unexpected death of an infant that remains unexplained after a thorough investigation. Although there are no specific symptoms associated with SIDS, an autopsy often reveals congestion and edema of the lungs and inflammatory changes in the respiratory system, according to the National Center for Health Statistics Vital Statistics of the United States 1988, Volume II, Mortality, Part A, Public Health Service, 1991.

Prior to contemporary vaccination programs, SIDS — sometimes referred to as “crib death” — was so infrequent it was not mentioned in infant mortality statistics.

After the national immunization campaigns were initiated in the U.S. in the 1960s, for the first time in history, most U.S. infants were required to receive several doses of DPT, polio, measles, mumps and rubella vaccines.

By 1980, SIDS had become the leading cause of postneonatal mortality (deaths of infants from 28 days to one year old) in the U.S.

As Miller points out in his article, the ICD category for vaccine-related death, or cause of death as “prophylactic inoculation and vaccination,” was eliminated when the ICD was revised in 1979 — despite the fact that this information would be useful in trying to understand the relationship between vaccination and death.

But Miller, a medical research journalist and the director of the Thinktwice Global Vaccine Institute, provides an alternative route for establishing such a correlation — by observing the temporal relationship between vaccines and reported infant deaths, including SIDS deaths, in the CDC’s VAERS database.

Miller found the excess deaths within these ranges were statistically significant (p<0.00001), meaning the chance that this result is random is less than 0.001%.

The same type of clustering was present in the 1,048 reports of infant deaths (out of the total 2,605) reported to VAERS specifically as SIDS.

According to Miller, if there were no correlation between vaccination and infant deaths, one would expect to see an even spacing of deaths within the time range reported prior to vaccination —- not a clustering of deaths as Miller found.

Miller included a comprehensive literature review in his paper refuting the “official” claim that the SIDS epidemic was curtailed by having infants sleep on their backs — as recommended by the “Back to Sleep” campaign, initiated in 1992 by the American Academy of Pediatrics.

The subsequent rate of SIDS dropped by an annual average of 8.6% between 1992 and 2001. However, the neonatal mortality rate due to “suffocation in bed” increased during that same time at an average annual rate of 11.2%.

Other similar causes of infant death also increased significantly during this period, as reported by Miller. Further, from 1999 through 2015, the U.S. SIDS rate declined 35.8%. while infant deaths due to accidental suffocation increased 183.8 %. 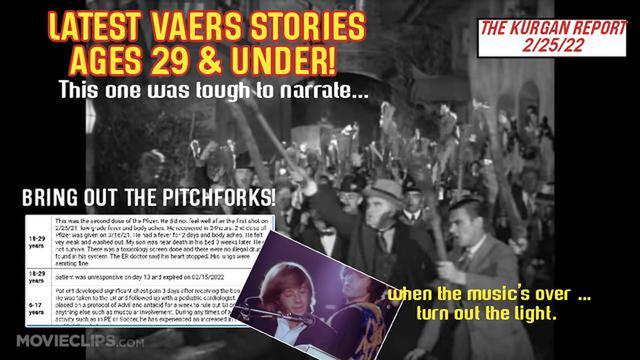 I agree with Kurgan...we need pitchforks for these child murderers. From Kurgan at the The Kurgan Report: https://www.bitchute.com/channel/the_kurgan_report/ I had a hard time getting through this one. It has a little bit of everything. Doctors w… 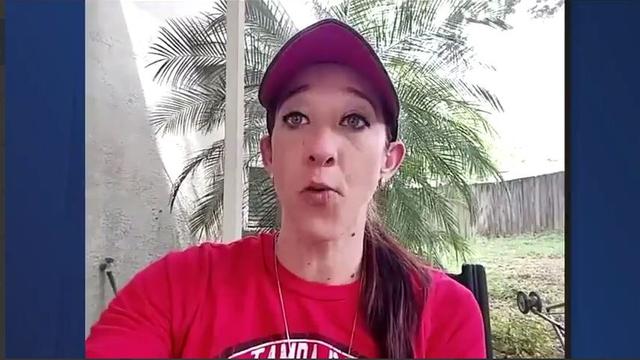 The Definition Of Insanity 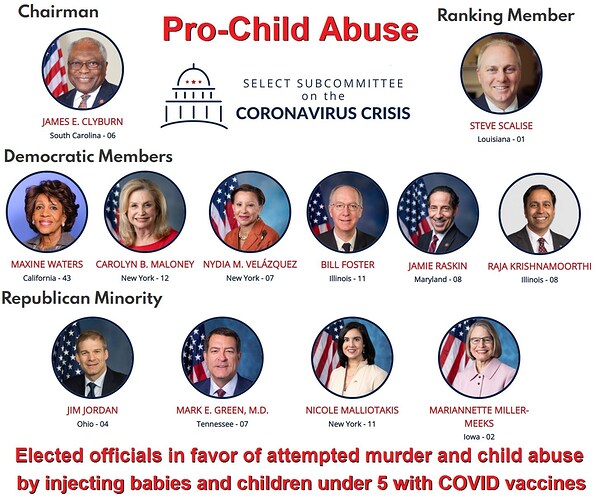 Congress’s Select Subcommittee on the Coronavirus Crisis sent a letter (PDF) to FDA Commissioner Robert Califf, M.D., requesting a briefing on the status of COVID-19 vaccines for the under 5 age group.

These members of Congress are complicit with the criminal act of attempted murder against the nation’s babies and children, and I encourage everyone who reads this to contact them and let them know that they will be held accountable for their actions, if not in this life, then when they die and meet their Creator.

The Members of Congress Who Are Pressuring the FDA to Inject Babies and...

There is probably no other single issue in American politics today that unites both Democrats and Republicans more than the topic of vaccines, and especially the topic of COVID-19 experimental "vaccines" and issuing as many emergency use...

The company claimed its trials for the 6-month to 2-year age group showed the vaccine was 51% effective — only 1% above the requirement — after last month stating the product was only 43.7% effective.

Moderna today asked the U.S. Food and Drug Administration to authorize its COVID-19 vaccine for children under age 6. The company claimed its trials for the 6-month to 2-year age group showed the vaccine was 51% effective — only 1% above the...

“There were no cases of severe disease, hospitalization or death from COVID-19 in the 6,700 children studied from 6 months through 6 years. Since these are the only endpoints (dreaded COVID-19 effects) that everyone wants to prevent, there is no evidence whatsoever that the Moderna vaccine prevents them.”

Nass said there is “no need to vaccinate small children with an experimental vaccine that has been shown to prevent only the equivalent of a cold” and the FDA cannot justify issuing an EUA or license for the Moderna shot for children 6 and under. 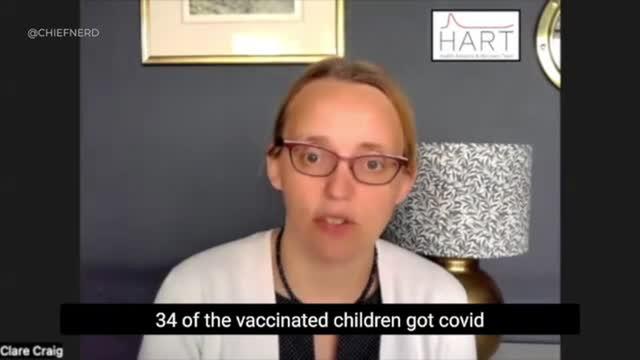 The HART group is a group of highly respected independent doctors and scientists. My friend Professor Norman Fenton, who is highly respected, is a member of this group. In this 4 minute video, Dr. Clare Craig, co-chair of the HART group, explains t…