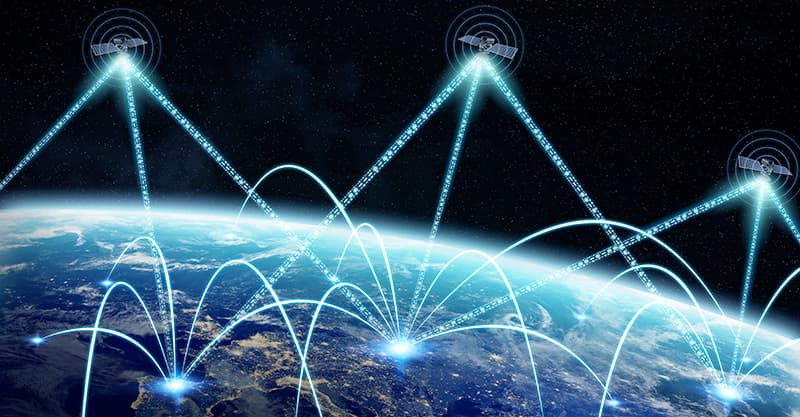 While the attention of a terrified world has been riveted on a virus, and while concern about radiation has been focused on 5G on the ground, the assault on the heavens has reached astronomical proportions. During the past two years, the number of satellites circling the earth has increased from 2,000 to 4,800, and a flood of new projects has brought the number of operating, approved, and proposed satellites to at least 441,449. And that number only includes low-earth-orbit (LEO) satellites that will reside in the ionosphere.

The satellite projects include the ones listed below. The companies are based in the United States unless otherwise indicated.

ALTERATION OF THE EARTH’S

What everyone is completely blind to is the effect of all the radiation from satellites on the ionosphere, and consequently on the life force of every living thing. The relationship of electricity to qi and prana has escaped the notice of modern humans. Atmospheric physicists and Chinese physicians have yet to share their knowledge with one another. And at this time, such a sharing is crucial to the survival of life on Earth.

“The pure Yang forms the heaven, and the turbid Yin forms the earth. The Qi of the earth ascends and turns into clouds, while the Qi of the heaven descends and turns into rain.” So the Yellow Emperor’s Classic of Internal Medicine described the global electric circuit 2,400 years ago — the circuit that is generated by the ionosphere and that flows perpetually between the Yang (positive) heaven and the Yin (negative) earth. The circuit that connects us to earth and sky and that flows through our meridians giving us life and health. A circuit that must not be polluted with frequencies emitted by a hundred thousand satellites, some of whose beams will have an effective power of up to ten million watts. That is sheer insanity, and so far no one is paying attention. No one is even asking whether the satellites have anything to do with the profound and simultaneous decline, planetwide, in the number of insects and birds, and with the pandemic of sleep disorders and fatigue that so many are experiencing. Everyone is so focused on a virus, and on antennas on the ground, that no one is paying attention to the holocaust descending from space.

Quantum technology is an emerging area of technologies that utilise the manipulation and control of individual quanta for multiple applications with the potential to be disruptive. Many of these applications are dual-use or directly used for military purposes.

The name (below in 4.7) looks related to Ishtar the Babylonian goddess of fertility and war.
The report says it is an acronym for Intelligence, Surveillance, Target Acquisition, and Reconnaissance

For many of the mentioned quantum technologies, only a laboratory proof of concept has been provided so far. The decisive factors determining whether the quantum technologies will be applied outside of the laboratory to general use are component miniaturisation and susceptibility to interference. These improvements must not be made at the expense of sensitivity, resolution and functionality. Another decisive factor of real deployment is the price of technology.
In conclusion, considering the advancements in quantum technology research and in supportive systems, such as laser and cryogenic cooling miniaturisation in the last few years, it is reasonable to be optimistic rather than pessimistic about the future quantum technology military applications (from the perspective of military or governmental actors). One needs to be careful about the real capabilities in operational deployment to see whether they fulfil the requirements and if the price-performance ratio is worth acquisition and deployment. 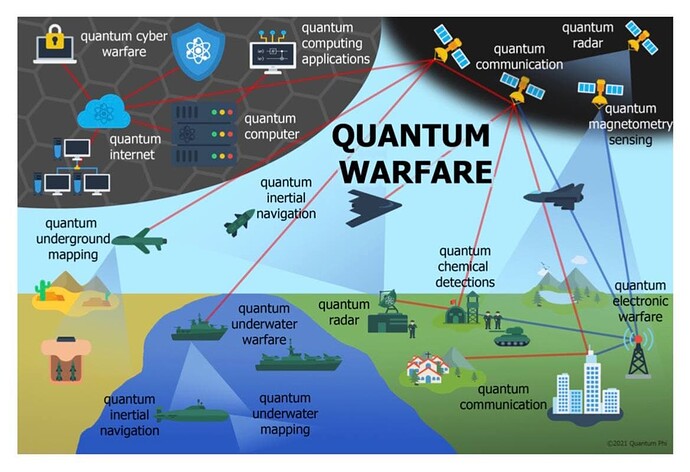 The aerospace industry is a major factor in the ozone layer in the sky that continues to deteriorate, especially the hole in the ozone in the Antarctic.

Ozone depletion is one of the largest environmental concerns surrounding rocket launches from Earth.

There is no environmental oversight.
Industry and governments are escalating space funding and programs instead.

Prior to 2021, 2000 satellites were in orbit around the Earth. Then in 2021, 2800 satellites were launched — more than doubling the total in just one year. However, the FCC has approved 17,270 low-earth-orbit (LEO) satellites. 65,912 more LEO applications are pending. Governments and private companies plan an additional 30,947+. Rwanda has applied to the ITU for a staggering 327,320 satellites (Firstenberg, 2022). These numbers don’t include systems fewer than five satellites, geostationary, or medium earth orbit (MEO) satellites, or rockets into space.

These programs will acceleratingly destroy the ozone layer which is essential to protect the Earth and life. NASA discovered in 2007 that UV-C and UV-B were already reaching the Earth and failed to act.

UV radiation is having lethal effects on species now.

Aleksandr Dunayev of the Russian Space Agency said in 1991: “About 300 launches of the [space] shuttle each year would be a catastrophe, and the ozone layer would be completely destroyed.”

The long-lived rocket pollution in the stratosphere also traps Earth’s natural and human-made heat under a rapidly thickening blanket, preventing the heat from venting into space. This will increasingly raise Earth’s temperature. This has nothing to do with carbon or methane. However, the increased heat will release methane stored in permafrost and formerly ice-covered regions, and this methane will poison Earth

In 2020, a 5G military/SpaceX “live fire” drill killed up to millions of birds in the Southwest

The US also wants to put nuclear power into space. — reactors in the sky — and awarded a major contract to a team that includes GE, the company which engineered the flawed Fukushima reactors.

Rockets can explode at launch, malfunction after launch, or fail to reach orbit. This last happened with SNAP 9-A in 1964. As a result, 2.1 pounds of plutonium-238 “vaporized in the atmosphere and spread worldwide… Dr. John Goffman …concluded that the dispersed deadly plutonium-238 was a leading cause of the increase in cancers around the world today.” There have been other space nuclear accidents. Officials don’t seem to care.

The militarization of the atmosphere, space, and the moon risk World War III — another problem. 5G in space will control weapons systems on Earth and in the ocean, including military sonar already responsible for killing hundreds of thousands of dolphins, whales, and other marine animals. Elon Musk/SpaceX in partnership with the US government has endangered Chinese astronauts by getting too close to their space station. Musk is the same man who advocates nuking Mars and saying the U.S. can coup whatever country it wants for rare earth minerals such as lithium.

Link to the entire article: