What Is Wrong With Some Women?

3:109 Men are SUPPOSED to love God first, and women second; keeping women under control and teaching them, by setting them a good example, as well as by words and advice (1st. Corinthians 11:3 & 1st. Timothy 2:11-12).
3:110 THAT is why God said, from the beginning, that women can NEVER be equal to men, until they EARN their own right to be a man (Gen. 3:16)(1st.Cor. 11:1-3)(Sura 2:228 & 4:34). Read the Gospel (truth) of Thomas in log 114:20-26 / King of kings’ Bible, Thomas ch.16.
3:111 You can NOT serve God AND be a women’s libber; the two things are TOTALLY
INCOMPATIBLE, because God has said REPEATEDLY that women are NOT men’s equal (Gen. 3:16)(1st. Corinthians 11:1-3 & 1st. Timothy 2:11-15)(Sura 2:228 & 4:34). They are also incompatible because they are complete OPPOSITES; serving God is based on humility and accepting His teachings, and women’s liberation is based on arrogance and refusing to accept God’s teachings.
3:112 MAN and not woman was created in God’s image, and FIRST. All of the great Prophets were men, and so were ALL of Jesus’ disciples. NOW you know why. Blue for a boy (God’s colour), and pink or red for a girl (Satan’s colour - RED dragon/serpent). There are clues everywhere in life and in nature. All of the Prophets were masters of their own households.
3:113 The selfish-soul has to be a woman first, to be taught, through motherhood, to be less selfish, and the meaning of lasting spiritual love, instead of human-animal-emotion. Once a woman becomes a mother, she should become less selfish, putting her child’s needs first and her husband’s too, because he provides for, and protects, her and his child. She has to learn self-sacrifice and an understanding of REAL love, instead of emotion (1st. Timothy 2:15).
3:114 Men understand real, spiritual love, better than any woman. Men have already learned to love spiritually, whereas women are emotional (human-animal-emotion). This is proved, by the fact, that when a marriage breaks-up, the woman can have sex with someone else, fall madly (emotionally) in love with them, and never give her husband a second-thought, whilst it takes an average man, between 3 and 5 years to get over the hurt: if he ever does.
3:115 This is because the man’s love is spiritual; real; deep and lasting, whereas the woman’s is emotional; shallow; animal, and, like animals, only temporary; until she reaches a higher spiritual-level, becomes a lady, and closer to qualifying to be a man, i.e. a perfect woman. That is why God, in His great compassion, usually takes the husband first, because the woman can get over the loss easier than the man could, if He took the wife first.
3:116 The soul has to be a woman first, to prepare it for being a man. Being a woman teaches; through the pain of child-birth; self-sacrificing and suffering, in the name of real love (crucifixion), which makes them become less arrogant and less selfish, bringing humility and tenderness. Girls were always brought-up and taught to care for people, to teach them humility and love, through taking care of others, like Jesus taught by washing his disciples’ feet (John 13:5). Nurses are a very good example of this.
3:117 Motherhood teaches self-sacrificing, by putting her children’s needs first, if she is a good mother.
3:118 The fading of a woman’s beauty teaches her humility, and to change her values, from animal-attraction and outward-show, to needing to be loved for her spiritual-qualities, instead of her looks,
i.e. spiritual love, instead of animal-attraction or lust.
3:119 Women age, whilst men mature and become more distinguished, unless marred by an evil life.
3:120 This is all designed to teach the soul to be a perfect lady, wife and mother, and to be humble and unselfish.
3:121 A REAL lady (spiritual-qualities, NOT money, or titles) has already learned special qualities, that are preparing her to become a man, in a later lifetime. She has grace and elegance, WITHOUT arrogance; is 100% feminine (soft; warm; affectionate and loving); is self-sacrificing and humble, towards her loved-ones and people in general; is modest about her body, and does not exhibit her nakedness to anyone, except her husband; is a virgin when she gets married, saving her charms, unspoiled, for the man she loves (a woman, almost always, falls in love with, and never forgets, the man to whom she gives her virginity)(lst. Timothy 2:15).
3:122 A lady has progressed from being an animal, and attracting people with sex, to wanting people to respect and be attracted to her soul, which is the real her.

12:65 Satan has “used” women; just as he did in the Garden of Eden, and has continued to do, throughout history; to do evil and get the eunuchs, in western governments (Matt. 19:12 - 2nd. type of eunuch), to change God’s Laws, and give equality to women, most of whom are not REALLY women. There is nothing feminine about them. They are trying to be men, in women’s bodies, without having EARNED their RIGHT to be men.
12:66 Then, once having infiltrated women, amongst men in power, and having given them a say, in the running of things, Satan has used them to change more Laws. This has brought about the break-down of the family-unit, which has always been the foundation of a good society, and, because of their having no “code of honour”, and generally being moral-less, they have made a sick-joke of the institute of marriage, and are using sex, to try to rule the world (for Satan).

Aaron Russo - Feminism... Created To Destabilize Society ( and that it did helping destroy family unit increasing women in the workforce, enforcing illogical thinking they are equal to men.) Never will woman be equal to men. 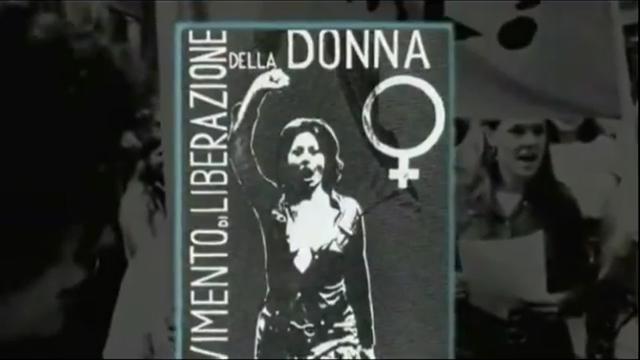 Further research on the post/thread at Defending-Gibraltar that contains this video: What Is Wrong With Some Women? https://defending-gibraltar.net/t/what-is-wrong-with-some-women/3384 To survive what is coming, read/study: https://thewayhomeorfacet…

What is wrong with some women? It is their denial that as female-bodied beings they have different lessons (in this lifetime) to learn than male-bodied beings. Misguided females are seeing things only from the human point of view and not demonstrating any spiritual insight.
In doing so (or lack thereof), they are making the world a worse place for themselves/others.

@NancyDrewberry ,
Every female needs to understand Women's Liberation is condemned by Christ.They are not man's equal and never will be.
If you are here and you wan to know the truth please read this article...Gods Law and Womens Liberation | Time To Think

Isaiah 3:12 [As for] My people, children [are] their oppressors, and women rule over them. O My people, they which lead thee cause [thee] to err, and lead thee astray, to thy destruction. King of kings' Bible - Isaiah

India Has Killed 46 Million Girls in Sex-Selection Abortions, Where are the...

Pro-abortion feminists remain largely silent as baby girls in the womb are targeted for sex-selection abortions at a massive rate across the world. In India alone, experts estimate that approximately 46 million girls have been singled out for...

Pro-abortion feminists remain largely silent as baby girls in the womb are targeted for sex-selection abortions at a massive rate across the world.

In India alone, experts estimate that approximately 46 million girls have been singled out for abortions specifically because they were girls in the past 50 years, the New York Post reports.

The discrimination hurts mothers, too. Frequently, mothers are forced or coerced into aborting their unborn daughters, or they are abused for refusing to do so. A few recently shared their stories with The Guardian to shed light on the growing problem.

One woman, a 40-year-old from Mumbai, said her family forced her to abort eight unborn babies this year because they were girls.

Another, Laali, 25, shared how distraught she was after her husband and in-laws forced her to have two abortions. She said they blamed her for giving birth to two daughters and insist that her third child be a son, according to the report.

“My mother-in-law refused to see my daughter’s face,” she said. “She refused to take care of me, saying: ‘You are giving birth to girl after girl. How far can I take care of you?’ Families want a son at any cost. Any cost! If I die, my husband will remarry tomorrow morning, hoping the next woman will give birth to a son.”

REACH PRO-LIFE PEOPLE WORLDWIDE! Advertise with LifeNews to reach hundreds of thousands of pro-life readers every week. Contact us today.

Prem Chowdhry, a gender activist and a retired University of Delhi professor explained to the outlet why India’s heavily patriarchal society is dominating women’s health.

“The traditional pattern of marriage and customs dictate an inferior position to women in Indian societies,” Chowdhry said, adding that girls leave their birth family after marriage. She noted that the dowry and the cost of raising a girl is seen as an unwelcome obligation, which is seen as an explanation for why sex-selective abortions are so frequent.

The problem with sex-selection abortions is so terrible that the Indian government began prohibiting prenatal testing for the sex of the baby in 1994, but the deadly discrimination still occurs. Several women told The Guardian that their families paid for illegal sex-determination screenings at private medical facilities before their abortions.

Sabu George, a researcher and activist from Delhi, said sex-selection abortions are part of a larger problem with discriminatory views against women in the culture.

“You are brought up in an environment where this violence against women is completely acceptable and normalized. The question is: How do you resist this on the ground? And that’s frightening,” George said.

Research studies, census data and more show a massive gender gap in the Asian country. In 2019, Newsweek reported no baby girls were born in a three-month period in all of the Uttarkashi district, Uttarakhand state, northern India. Birth data from the district indicates that all of the 216 babies who were born were boys, according to the report. Authorities suspect the reason was sex-selection abortions.

In China, sex-selection abortions also are a problem, especially coupled with the communist leaders’ oppressive population control measures, which limit families to two or three children. Recent reports have documented how men are struggling to find wives because so many girls are missing due to sex-selection abortions.

And in the United States, only a few states ban the discriminatory practice. Planned Parenthood and other abortion groups fight against bans on sex-selection abortions. They promote the idea that every reason to have an abortion is a valid reason, including for sex-selection. 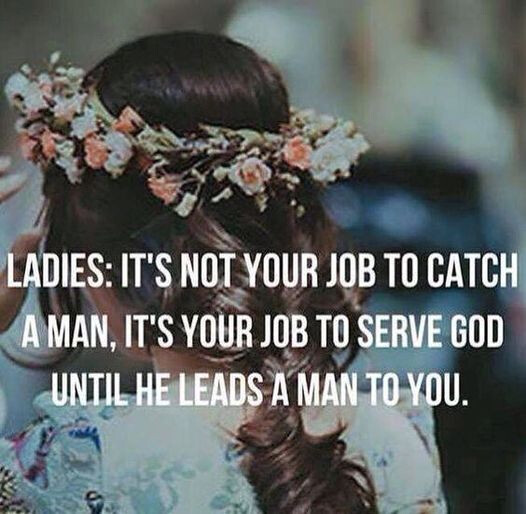