Ultimate Proof: Covid-19 Was Planned To Usher In The New World Order

Ultimate Proof: Covid-19 Was Planned To Usher In The New World Order -...

The “EVENT” is the moment of the “Compression Breakthrough” on earth. COBRA guides us to prepare for change, for the Event and disclosure. 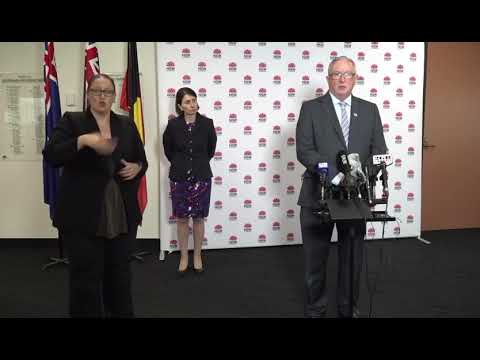 King of kings' Bible, Isaiah
3:9 The look on their face doth witness against them; and they declare their sin as Sodom, they hide [it] not. Woe unto their soul! for they have rewarded evil unto themselves.

The US Presidential Election For Gibraltarians: Creepy Joe Biden or Patriot Trump Other

https://www.youtube.com/watch?v=WGRnhBmHYN0 God has promised to expose the secrets of the Hidden Hand, and confound their leaders and visible agents, making them inadvertently publicly say The Truth (Obadiah 1:6-15). http://JAHTruth.net

Covert op: “the virus” as cover story
In a really large covert op, the cover story hides a number of goals and justifies a number of crimes.
The short-term goal is wrecking economies. The long-term goal is taking the population into a new world of technocratic control.
Besides the covid op we are in now:
Another classic example: 2009, La Gloria, Mexico. Smithfield Foods, the largest pork producer in the world, operates a giant pig farm. 950,000 pigs.

The urine and feces from these 950,000 pigs run out into the open air and forms what are called lagoons. They’re so large, you can see them from outer space.

Workers, and people in the surrounding neighborhood, are getting sick and dying. So new contractors are brought in to spray the lagoons with yet another toxic chemical.

Out of nowhere, guess who shows up? The CDC.

Guess what they conclude? It’s not the urine and feces lagoons or the toxic chemicals causing illness and death. No. Of course not.

And voila, we have a new cover story and a new epidemic, called Swine Flu.

The cover story serves a number of purposes, as time passes. But the most obvious one is: Smithfield Foods is protected. They get away with murder.

And to cap it all off, four years later, in 2013, Smithfield, still protected, sells itself to a Chinese company, Shuanghui International Holdings, for $4.72 billion.

Makes you wonder. I can imagine a few Chinese intelligence professionals sitting in a room in Beijing, in 2013, expressing astonishment. “Can you believe the CDC? They sold a cover story about a virus that was so ridiculous…but it worked. Suppose we followed suit, but on a grand scale? We claim an outbreak is occurring in one of our cities. We invite the CDC and the World Health Organization to come in and help. There is no virus, but we know they’ll ‘find a new one.’ They always do. Then, boom. We do something no one has ever done before. We lock down 50 million people overnight and provide a model to the rest of the world. Other countries line up and lock down their populations, wrecking their economies. Meanwhile, we announce China has ‘recovered,’ we cancel our lockdowns and put everybody back to work. It’s a war with no shots fired, and we win. Do you think we could pull it off? Do you think we could sell it? Maybe we should talk to Bill Gates. He’s a smart guy. He always has interesting ideas…”

Received two brand new quarters today at a shop. Year 2020 with 2 bats on it!
Bats causing covid-19 was a false narrative.
The "bat" quarters were first released for circulation in February 2020.
February 2020 had the first by covid-19 (we were told by the media) death in America.

Image from the internet showing what the coins look like: 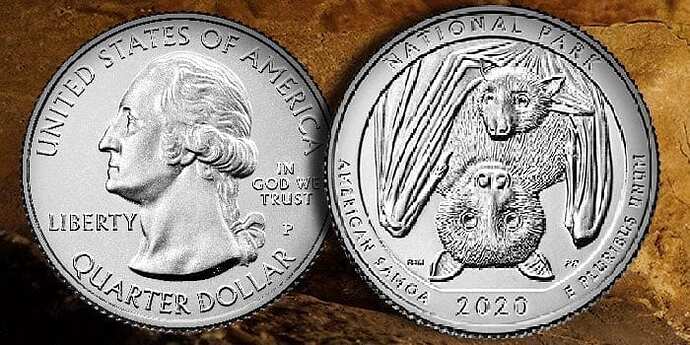 Another "slip"? Or are they just telling people what the plan is:

Oxford professor: "...these vaccines are unlikely to completely sterilize the population..." 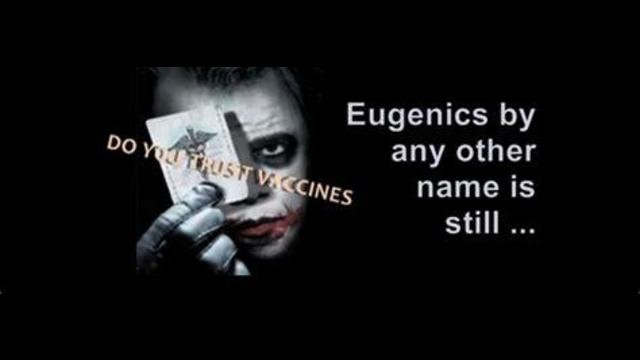 Freudian slip by professor: "These vaccines are unlikely to completely...

Professor Sir John Irving Bell was stunned and lost for words when he realized the Freudian slip that gave the game away .... "These vaccines are unlikely to completely sterilize the population" ... "only 60% - 70% effective" ... "anything that hap…

The vaccine contains a spike protein (see image) called syncytin-1, vital for the formation of human placenta in women. If the vaccine works so that we form an immune response AGAINST the spike protein, we are also training the female body to attack syncytin-1, which could lead to infertility in women of an unspecified duration.

Dr. Wodarg and Dr. Yeadon request a stop of all corona vaccination studies and call for co-signing the petition

According to mainstream news, the COVID vaccine that is now being rolled out in the UK is officially not being recommended for pregnant women or healthy people under 18. -

Covid: Should pregnant women be vaccinated?

"At present, women are not advised to have a Covid vaccine during pregnancy, or if they are planning to get pregnant in the next three months.

There are no safety concerns from any of the data but, as in most trials, the vaccine has not yet been tested on pregnant women.

As a result, the official advice is that women should postpone being vaccinated until they have given birth.

NHS guidance says that if a woman finds out she is pregnant after having the first dose, she should not have the second dose until after the pregnancy has ended.

The vaccine distribution will be largely prioritised by age, so the majority of pregnant women would be low down on the list to receive it in any case.

Even pregnant women who are at higher risk of coronavirus – with underlying heart conditions, for example – should wait until after their pregnancy and then have the jab as soon as possible afterwards." - Source: BBC News

2 Likes
Gibraltar hypes Moderna Covid Vaccine. What about the risks?
YEADON: Be Terrified of Your Government
be1 December 3, 2020, 12:03pm #7

Belgian Minister of Health admits that the closure of shops had no health basis but was intended to create an electric shock in the population
“shopping did not really involve any risk when everything was well controlled”
“Because at one point we needed to make a shock decision, we needed an electric shock and that implied that we immediately close non-essential businesses,” retorted the Minister of Health, who also admitted that he it was a “psychological” measure.The closing of the stores was not a health measure but an “electric shock” for the population 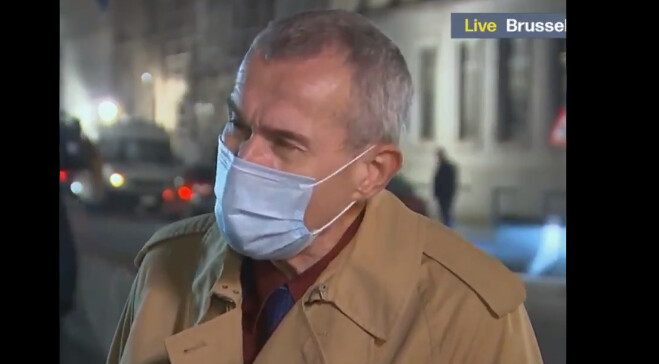 Belgian Minister of Health admits that the closure of shops had no health...

Bill Gates - The Syringes Have Trackers 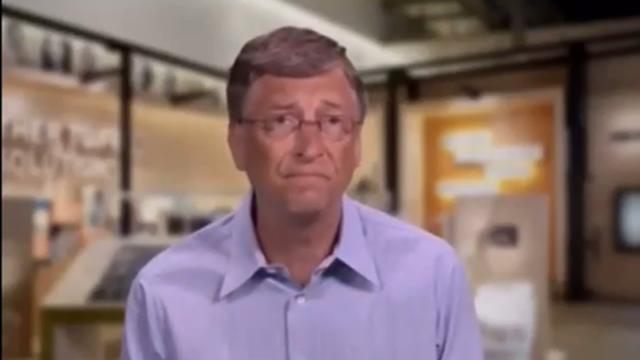 Bill Gates - The Syringes Have Trackers

**MIRROR** Jennifer Pearse This is about 3  mins, 49 sec. I HAVE NO WORDS. None. Every day I think nothing could shock me any longer & then... this will probably not last long as will likely get censored 🤬 or pulled quickly.

How about micro-chipping T.H.E.M. (so-called public servants) and then we can follow T.H.E.M. on MapQuest and Google Earth. What a service to humanity that would be! 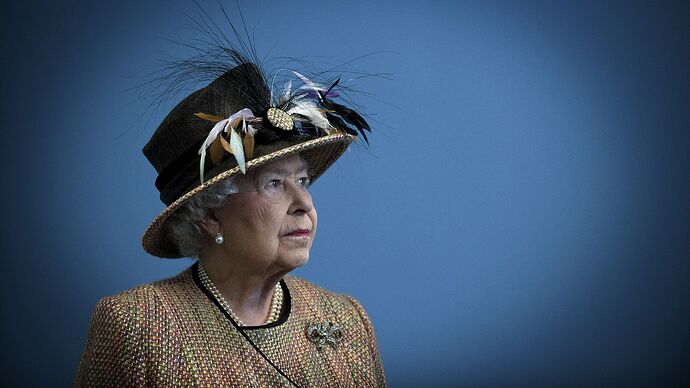 What do you get the woman who has everything? Queen Elizabeth II certainly doesn't need any more dolphins—or swans. 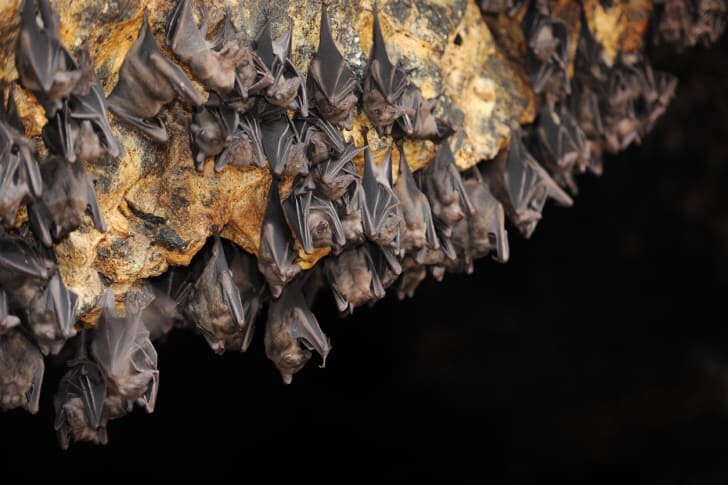 Here is something else she owns:

CORONAVIRUS TRACED TO THE BRITISH CROWN

From C to Shining C

by A. Freeman, guest writer From Corona-virus to Coronation? 20/20 spiritual vision is the key to seeing through the deception There is MUCH more to this situation than a virus and the irrational f… 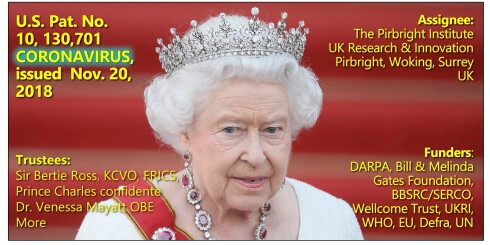 Plus she believes she owns this little plantation called the United States, could she be putting her mark on the quarter? Part of her New world Order

(She believes she OWNS these things, but they belong to The Lord)
It should be a rough ride to Greece.

The old "bat" needs to go somewhere else. 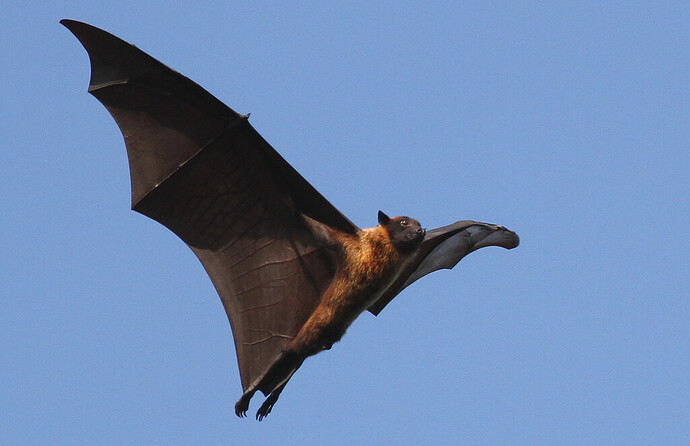 From: The Prophecies of Nostradamus about Inis Fail (Ireland), The Lia Fail (Stone of Destiny)
and The Ark of The Covenant.

When the great queen sees herself conquered (QE2?),

She will show an excess of masculine courage.

On horseback, she will pass over the river completely naked (stripped of wealth and power),

Pursued by the sword: she will have outraged her (Anglican) faith

The Prophecies of Nostradamus.

Will go to the East (Greece) asking for its help:

For fear of the crosses she will fold-up her banner:

To Mitylene (Greece) she will go through port and by land.

Posted by . in British passport claim 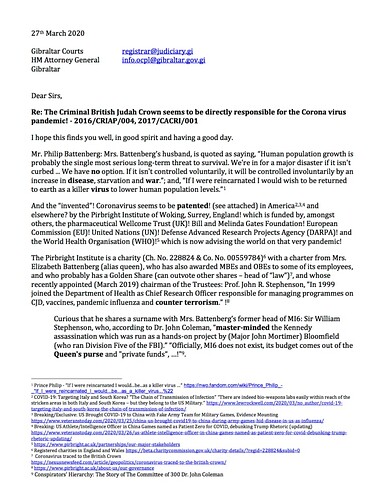 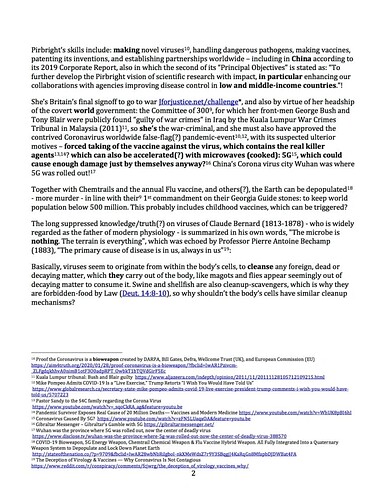 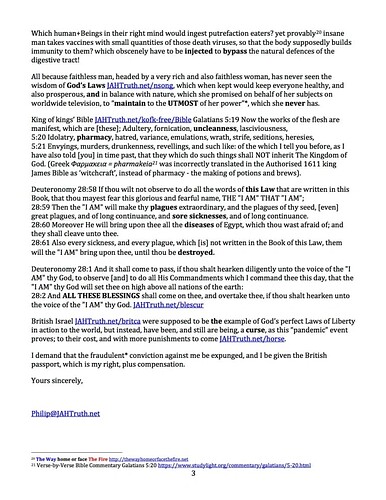 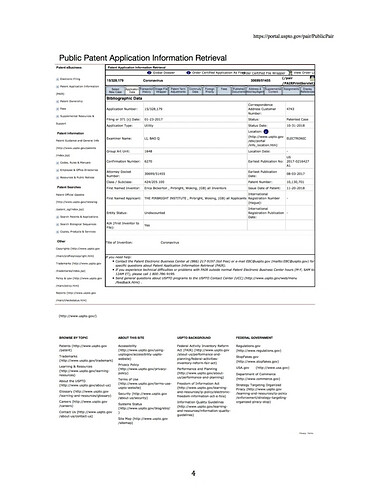